Scary, surprising, and gut-wrenching are just some of the words that can be used to describe the moment you find your Pomeranian having a seizure.

One minute you were cuddled up with your dog watching a show on Netflix; the next minute, your precious Pomeranian is lying sideways on the floor having a seizure.

And probably at that moment, it frequently feels like there’s nothing you can do to stop it.

But that’s not true as there are many ways you can help your dog at that moment and after.

In this article, we will be looking at some of the things you can do when your Pomeranian is having a seizure and possible reasons they have seizures.

As terrible and terrifying as that moment can be, you must act fast and remain calm.

A seizure is caused when it seems like a burst of electricity is surging through the body of your Pomeranian.

Although it’s usually hard to spot on time, A common sign is:

And some other signs you can watch out for.

As soon as the seizure seems to be setting in, here are some things you can do to assist your Pomeranian; avoid them from hurting themselves and keeping them safe.

Are Dogs Allowed In Dollar Tree? (Policy You Must Know)

Possible reasons why your Pomeranian can have a seizure 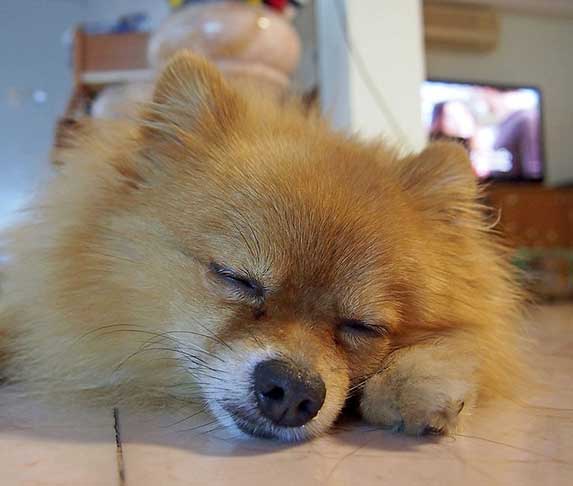 Two types of seizures occur in the Pomeranian dog breed. One is a grand mal, and the second is a partial Mal.

When a grand mal occurs, it’s usually accompanied by your Pomeranian will fall and become unconscious.

While for a partial Mal, it involves the head of your Pomeranian twitching their head.

There is a third type of seizure that can occur, and it’s known as psychomotor seizure, and it involves your Pomeranian barking at the air or circling for no reason. Although it’s not as common as the other two, it still happens.

The most common cause of your dog or, more specifically, your Pomeranian having a seizure is idiopathic epilepsy, and it’s unknown why it happens.

Some other causes could be tumors, diabetes, etc.

It might take your Pomeranian some few minutes to an hour for the entire duration of the seizure, but anything more than that, and you should call the vet.

Your precious pet having a seizure is always a scary moment.

But remember that the safety of your dog is the number one priority.

So you can always remain calm the entirety of the episode.

Also, it would help if you monitor your Pomeranian during and after the seizure; that way, you can give a proper account to the vet.

Dog seizures are surprisingly quite common, so it’s not anything to worry about most of the time. But you should still seek clarification from a vet.