Dogs do the darndest things, and your corgi is no exception.

You might be passing by when you notice your dog stretched out in a way that, while being extremely cute, it’s still a bit troubling.

This is what is referred to as splooting, and if it’s giving you cause to worry, then you can ease your worries.

In this article, we’ll be giving you a rundown of everything that has to do with splooting.

The following topics will be discussed regarding splooting:

A splooting position is a position that pets such as cats and dogs take whereby they lie down on their stomachs with their back legs stretched out behind instead of tucked underneath their torso.

All dogs can sploot, but not all dogs do this. It’s all a matter of personal preference.

As an owner of a beloved corgi, there’s a possibility that at some point or the other, you might have witnessed your corgi in the splooting position.

Why do corgis sploot? 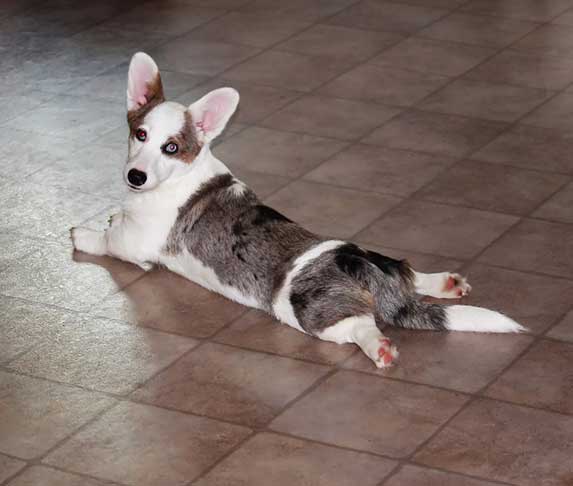 There is actually no scientific evidence that pinpoints the exact reason why the corgis take this adorable yet peculiar resting position.

However, there are certain reasons whereby your corgis might be in this position, and they are:

1. The desire for a good stretch

Sometimes all your corgis might be looking for is a good stretch through the legs and hips.

And what better way to accomplish this than in the relaxing splooting position.

2. To cool down body temperature

On a really hot day, your corgi might prefer to lie on the cooler floor, and they’ll want to lie on their bellies.

So in trying to get on the floor, they’ll begin to stretch until they end up in the splooting position.

How Do I Know If My German Shepherd Is Happy? (Signs & Body Language)

Most dogs that do the splooting position are usually young, and this is when their bodies are most flexible.

And because of their flexibility, it just makes splooting far easier to do.

4. To just be comfortable

Sometimes the only reason that your dog might want to be in this position is to just be comfortable.

Splooting allows them to have their hind legs backward, which makes it the ideal resting position.

Are corgis the only dogs that sploot?

Like was mentioned previously, corgis do seem to be the only ones that sploot because they’re most likely to do it.

However, they’re not the only dogs that sploot.

In fact, all dogs sploot; it’s all just a matter of preference for the dog seeing as most dogs are comfortable sitting the regular way with their legs tucked underneath them.

Are there any dangers of splooting? 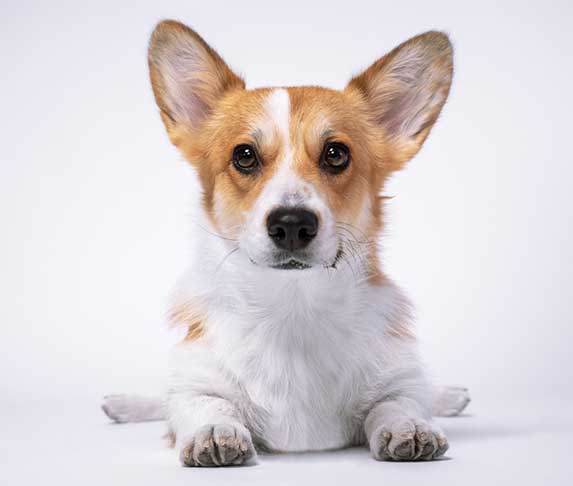 Normally, there are no dangers to splooting.

However, the position does require a certain level of flexibility to accomplish.

The only cause for alarm is when you notice your dog in distress.

Perhaps your pet has dislocated its hip or gotten a fracture.

In that case, it might be forcing itself to move on its front legs and might be in a noticeable amount of pain.

But apart from the above case, splooting is of no danger to your corgis.

It can actually be beneficial to them as it causes them to stretch and relax the muscles of their bodies, and it can also help them cool down their bodies in the heat.

What can you do when your corgi sploots?

The most you can do when your corgis sploots is to just watch how adorable they are in this position.

For something extra, you can take out your phone and make a cute video of them you can show off to friends or post on the internet or just leave it as a keepsake.

Mostly, all you can do is let them be.

As long as they’re not in any kind of discomfort, they’ll be fine.

Now that you know what splooting is and the possible reasons your dog does it, you can finally fawn over them in peace without being afraid of the possibility that they’re hurt.

This and many more are just one of the quirks of your canine Friend that are just so adorable and harmless at the same time.