If you have ever noticed your dog blowing air out of their nose, you may wonder if it is of any concern.

There are many reasons as to why your dog may be blowing their nose — some more serious than others.

This action is also known as reverse sneezing.

While this behavior may be worrisome, it is a common condition.

Read on to find out more about the possible reasons why your dog is behaving this way.

Like humans, dogs sneeze as a way to remove irritants from their nose.

This is a common way for them to expel these unnatural bodies in their nose and lungs.

You may also notice them sneezing when playing. Also known as play sneezing, this action shows that they are being playful.

Dogs also use their sneeze to communicate with other animals, giving off different signals to other dogs and animals. 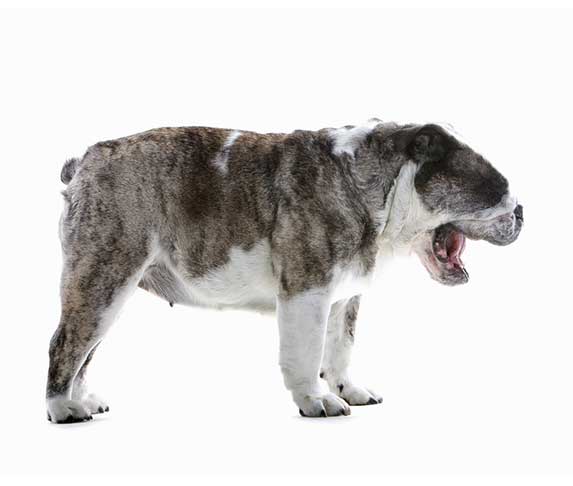 Reverse sneezes are common in dogs — when dogs pull air into their nose.

In medical terms, this behavior is known as inspiratory paroxysmal respiration.

An episode of reverse sneezing can be caused by irritation to the nose or throat.

Reverse sneezes sound different than regular sneezes, where dogs make snorting sounds as if trying to inhale while sneezing.

While this condition may sound worrisome, it is common and typically harmless.

These episodes typically last up to 30 seconds and dogs typically go back to normal after.

Some factors that result in them blowing their nose include:

Allergies are a common irritant that results in reverse sneezing.

These allergies also include dust, household cleaners, and smoke.

When dogs are hypersensitive to these, it may result in inflammation in their throat and airways, causing them to attempt to blow out these irritants.

If you notice your dog reverse sneezing in the spring, they may also be allergic to pollen.

While if they start reverse sneezing in the winter, it may be due to a sudden change in temperature.

A change in breathing pattern, such as when your dog takes a nap after playing, may result in reverse sneezing.

Another change in breathing pattern that may result in your dog’s reverse sneezing is overexcitement.

This is a common sight, especially in bulldogs and pugs due to them having short noses.

3. Pressure on the neck

Putting a tight collar on your dog’s neck may be too much pressure on their neck, resulting in reverse sneezing.

If straps and collars are too tight around their neck, it may restrict their breathing and irritate their throats, making them reverse sneeze.

There may be other diseases that result in your dog reverse sneezing, such as nasal mites, kennel cough, and respiratory infections.

If you notice other symptoms that go along with reverse sneezing, you should seek medical attention for your dog immediately.

Taking your dog to the vet during one of these episodes can give you a better idea of what has happened.

Your vet will help you rule out causes and offer an accurate diagnosis through evaluation of his condition.

While reverse sneezing is typically harmless, it is important that you observe their condition after an episode to recognize any further symptoms.

How Do You Treat Reverse Sneezing?

As mentioned, reverse sneezing is common in dogs.

If you find your dog having a reverse sneezing episode, you can help by gently stroking him to calm him down.

This will help him to start exhaling from his nose again.

Some other steps you can take to calm him down include:

Other Reasons Why They May Be Blowing Their Nose 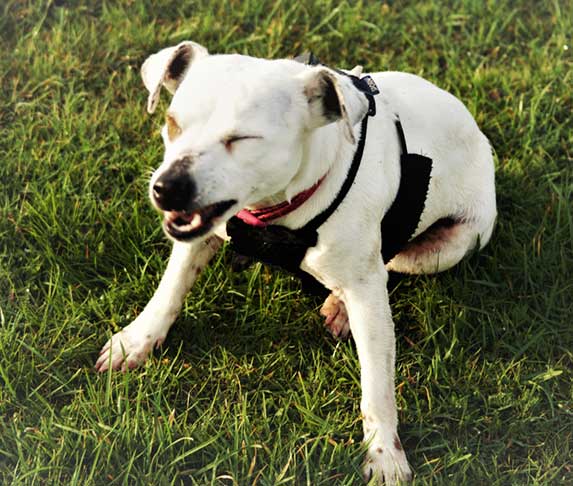 Other than reverse sneezing, your dog may be blowing their nose due to having nasal secretions or having something stuck inside.

While dog noses are typically wet, their noses should not be dripping.

A dripping nose will imply that there are irritants and secretion in their nose, resulting in your dog attempting to blow it out.

Something Stuck in Their Nose

If your dog has accidentally gotten something up its nose, it will attempt to blow it out.

Foreign items such as grass or anything small have a risk of getting into your dog’s nose.

This may result in them snorting, sneezing, reverse sneezing, or even having nasal discharge.

In some cases, these items may turn out to be nasal polyps or even tumors.

Thus, it is essential that you observe your dog’s condition for any other symptoms or take him to a vet for an accurate evaluation.

Dyspnea, or labored breathing, can also result in dogs blowing air out of their nose.

One of the most common causes of this is due to having fluid in the lungs or chest cavity.

If your dog has trouble breathing, it will result in him trying to expand his chest to increase abdominal expiration, thus resulting in him blowing his nose.

Labored breathing is uncommon in dogs and will need immediate medical care.

There are many reasons as to why your dog may be blowing their nose, with the common cause being reverse sneezing.

While reverse sneezing is not worrisome, you should observe them during and after the episode and look out for any other symptoms.

If you notice that your dog frequently blows his nose, you should seek medical attention immediately, as there may be underlying causes to these episodes.

Before going to the vet, you should take a video of your dog reverse sneezing.

This will help your vet better access and evaluate his condition.