On very rare occasions you will find a dog that is a picky eater.

Most dogs eat anything they find on their path, from human food to garbage, to poop, and now their food.

But have you ever sat and wondered why your dog is always hungry even after feeding them?

Well, the answer to this question is not very definite or easy.

This is always seen as normal dog behavior but sometimes the real reason behind the excessive eating is something you can fix easily but sometimes could be a bigger problem. You may need to visit your veterinarian.

Some of the reasons as to why your dog keeps eating everything are the following:

Reasons why your dog always wants to eat

Does your dog not get satisfied even after feeding them just the right amount of food?

Here are the reasons why he might be eating all the time; 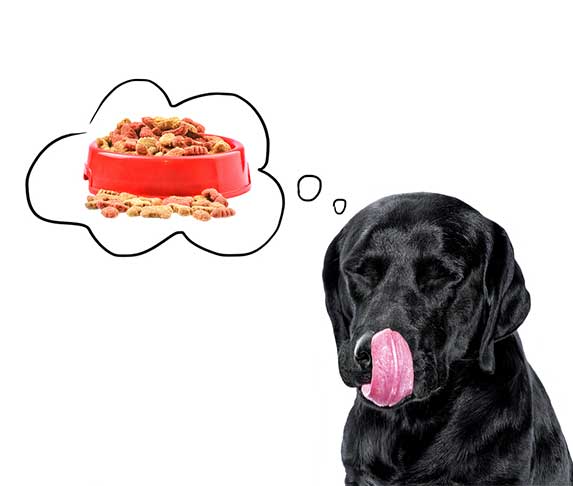 Dogs evolved from wolves and some of the instinctual behaviors are still in their genes.

Wolves never knew where their next meal would be available and they would have to go a lot of days without food.

When they found food, the pack leader was given priority and would eat first.

After he was done the other members of the pack would fight over the leftovers.

They ate everything they found on their way because they did not know when their next meal would be.

Your dog knows that they do not have to hunt but they still have passed on fear from the wolves they descended from that the food will somehow end and he/she has to eat all of it while he can.

For this reason, dogs eat even when they are not hungry.

2. Moving Into a New Home

Just like for you, when you move to a new environment or routine it becomes difficult to adapt.

They may be anxious before adapting. To cope with the anxiety, they may require constant feeding.

3. When You Add Another Dog or Pet

Your dog instantly panics at the sight of an additional dog in your house.

His thoughts will always be that the dog has come to take his food from him.

From his hunting instincts, to eat everything while he can, he will start doing that from the start.

It is vital to ensure your dogs are not stealing food from each other.

This will minimize the problem of them wanting to eat all the time.

You can always ensure that they get the same amount of food and they eat from different rooms if need be.

Why Does My Dog Join in Howling? (9 Reasons)

4. When There Is a New Human Member In The Family

Dogs can be very welcoming and loving to new babies.

Although, with all the disruption and crying, the parents may get stressed and in turn, the pup may also be a bit anxious.

If it is a new adult moving in, to make the dog comfortable, they can be the ones feeding them or giving them treats.

This way your dog knows he is not under any threat.

Before adopting your dog there are chances that he had a hard life before.

He may easily have an obsession with food. It is hard for such dogs to adopt, especially if they were once stray dogs.

Food in the streets is scarce and sometimes they have to fight with other dogs to be able to eat.

Such backgrounds may lead a dog to be aggressive with his food and he may constantly guard it scared it will be taken away.

6. It is a Trained Behavior 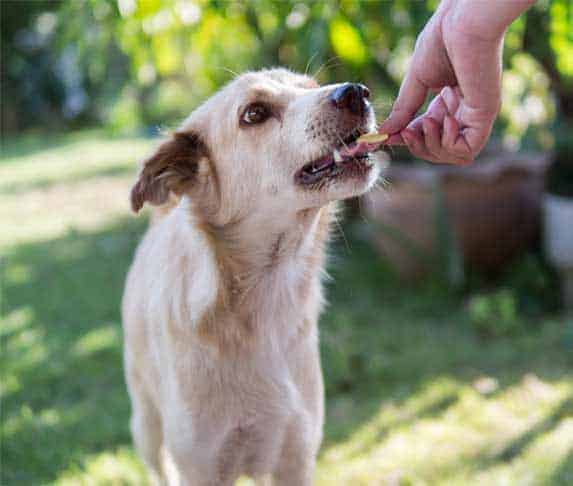 When you are busy and your dog wants your attention, most people will throw a treat to the dog so that it can keep him busy.

This is training him to beg for food. According to the dog, he got a reward because of begging.

Consequently, when your dog wants your attention, he will come begging for food.

Treats should only be rewards given to dogs during training sessions or to praise good behavior and not for drawing your dog’s attention away from you.

Cushing disease in dogs is caused by excess cortisol. It is a common endocrine disorder that mostly affects dogs, especially middle age and older dogs.

Its most common symptom is increased appetite.

Other symptoms include; weight gain, pot belly, having fat pads on the neck and shoulders, lack of energy, white scaly patches on the skin, and increased thirst and urination.

It is mainly caused by constant and long-term usage of corticosteroids.

When medication is withdrawn, Cushing’s disease is reversed.

The most common factor that leads to dogs contracting diabetes is obesity.

Dogs do not require a lot of carbohydrates.

This is a disease that significantly changes the feces of your dog and its elimination pattern.

It normally lasts for more than three weeks. It does not have a loose, watery stool.

The frequency, volume, and consistency can be used to indicate the problem.

Its symptoms are associated with increased appetite.

They are prone to reduce their weight despite the increased appetite.

This happens because of poor digestion.

visit a vet so that he may be treated.

Hyperthyroidism is a rare medical problem but can easily cause thyroid cancer.

The treatment may involve thyroid removal or the vet administering some medicine.

The reason your canine may be eating everything and every time may be a small problem that may be fixed easily or a problem that will need you to consult a veterinarian because he may be suffering the conditions mentioned above.