The tail of dogs is like context clues that give insight into what your dogs are feeling.

More than the sound that they produce or their other body language, a dog’s tail can open doors for humans to understand them and react accordingly.

In this article, we hope to illuminate the reasons behind the curling of a dog’s tails and give a substantial interpretation of each of them.

It would take a mechanism or an invention that can directly translate dog sounds for humans to thoroughly understand the meaning behind every whine, whimper, and bark they make.

But experts worldwide have observed and studied them to help dog owners understand their pets better when it comes to body language and tail movements.

The Importance of Dog Tails Explained

Before knowing the reasons behind their tail curling, it would first be necessary to identify the importance of having a tail, in general.

Below lists several reasons how their tail serves its purpose of existence:

It is a subtle and more overlooked use of their tails but essential for their smooth and swift movement.

Try to observe dogs going full sprint when they are playing in the park.

Their front legs shift to the direction they are going, their hind legs remain in their original course, while their tail follows along wherever their front legs intend to go.

The tail is like a controller that slowly directs where their hind legs should go next and serves as a counterweight to their body, keeping them from tumbling over.

They also use their tails as a balancer when they walk along narrow paths.

Much like how tightrope walkers use the balance bars to keep themselves from falling.

Their tails go in the opposite direction where their body is tilted. It keeps them from losing balance.

It is perhaps already known that dogs use their tails to communicate with humans or other animals.

How often do you experience being greeted by a wagging tail from your dog every time you arrive home from work.

Their means of using their tails for communicating is not limited by wagging to indicate their happiness.

There is more to it, and we shall discuss here the reasons for curling their tails.

1. They are relaxed or feels neutral 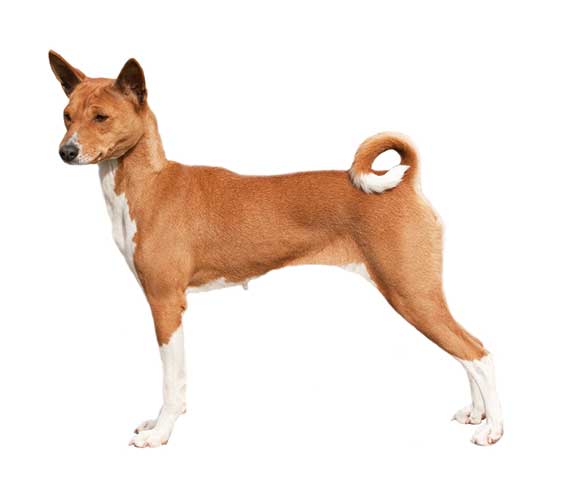 The most natural state of a dog’s tail is curled upwards, and the tip is leaning towards their heads.

So when you see the tail of your dogs in this position, it means that they feel relaxed or neutral.

It is often observed when nothing much is happening in their surroundings to get excited about.

Other reasons could be if the family minds their own business, and your dog keeps itself company.

2.  They feel dominant or confident

Do you remember as a kid the feeling of being invincible because you are walking around the block with your dad?

Dogs have that same temperament and attitude too. They can feel dominant or confident of themselves in certain situations as well.

It is often observed when you bring them to the park, and other dogs are present.

It is not necessarily an aggressive pose, just a gentle reminder that they are not messed with.

3. They are happy or overly excited

These are the most common body languages that humans can understand – the wagging of the tail.

Almost every time you arrive from work, this is the greeting you get from your dogs.

But be careful when dogs are overly excited, especially when you bring home a treat or a toy.

Let them take a moment to calm first. Over-excitement can often lead them to do things they will regret afterward.

Why Do Dogs Dance Around Their Treats? (4 Reasons)

It means that they are observant of what is happening around them.

But are perfectly aware that there are no impending threats that may harm their family.

An unfamiliar toy can influence it, and they are trying to focus or not want to miss any moment.

5. They are nervous or anxious

This is not a relaxed pose for dogs, and if you observe them in this position, they are most likely nervous or anxious about their environment.

It might be caused by certain sounds in the surroundings or another dog in the vicinity, making them feel this way.

It would be advisable to appease them by staying by their side and keeping them company to relax. 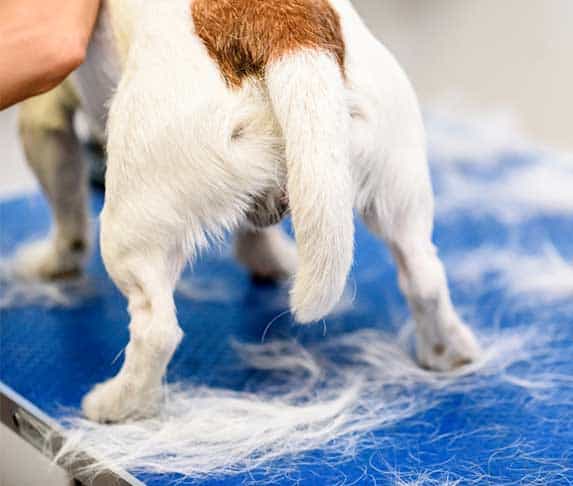 When dogs are exposed to new people or environments they are unfamiliar with.

You will observe their tail in this position. It generally means that they feel insecure and a little gloomy.

Try to give your dog as much comfort as you can provide for it to calm down. Introducing it to the people would also be ideal.

It is the position that declares a dog’s defeat.

Often observed when other canines are surrounding it, that exudes aggressive dominance.

These are also used to make their bodies appear smaller against other alphas to avoid possible altercations.

It is best to be with them and help them relax by providing company.

Tail position: curled downwards between the hindlegs and tucked inwardly

It is the most extreme case of defeat and fear among dogs.

The stimulant is the same as point number 8 but is usually observed when the aggressor is right at their face and ready to attack.

Cut the tension and take them as far as possible, let the defeated dog calm down.

9. They are tensed and aggressive

It is easy for dogs to snap and go over the edge at this point.

It is often accompanied by prominent hackles in the back, a tucked head, and growling or barking.

Take your dog away from the situation to avoid any problems.

Dog’s tails are a repository of communication for humans to understand them better.

The above mentioned are only a fraction of the body language that dogs have.

Fido’s actions may vary from one to another.

So it is something for pet owners to familiarize themselves with.

All the same, we hope that the above will help you understand them better and react accordingly.