Dogs use their body language to communicate and express their thoughts to humans or other species.

Although there is a verbal language barrier between dogs and us, learning the meaning behind their actions may prove helpful to interact with them better.

One common body language that dogs use is the downward dog pose.

It might be tricky to pinpoint what they are trying to say every time they do that pose. Often this can mean that they want to play, or they want something from you.

In this article, we will uncover nine compelling reasons behind this distinctive position, so stay tuned until the end!

The downward dog pose is also referred to as the prayer position, dog bow, or play bow.

It is characterized by lowering the anterior part of its body, including the head and the chest, with its arms stretched to the front.

At the same time, they are doing an upward protrusion of their posterior end, which is the buttocks, lower back, and hind legs.

Dogs usually go to this position through a sharp and quick motion, accompanied by small hops and excitement.

The dog bow is a very distinct position and is not commonly expressed by dogs unless there is an established degree of relationship between them and their humans.

But there is more about it. Pet owners must be keen on their dogs’ body language to understand them better.

1. They are happy to see you

The most common reason why dogs attain this position is happiness.

Like the example listed above, when dogs see you for the first time after some trip away for a few weeks, dogs will go into this position to express their happiness.

Their dog bow in this scenario is accompanied by foot-tapping and excitement expressed by running in circular motions.

2. They are looking forward to something 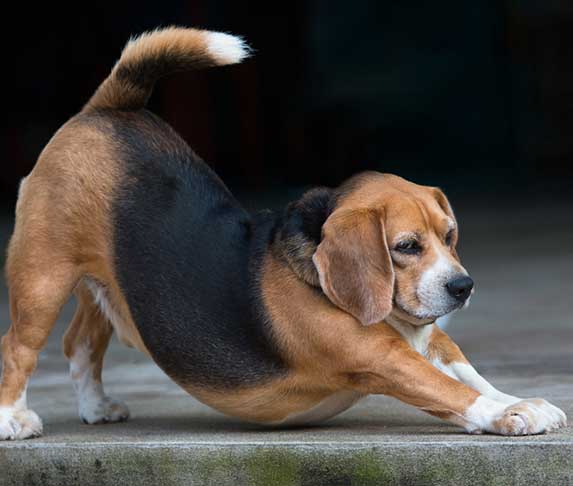 If you maintain a close personal relationship with your dog to visit your bed in the morning, this is most likely another avenue for them to do the dog bow.

When you finally wake up and see it in the prayer position beside your bed, then it probably means that it is looking forward to spending the day with you.

Another situation may be before you pour down their food into their feeding bowl.

The overjoyed to finally eat may be expressed through the downward dog pose.

3. They want to play

In the doggy-to-doggy realm, the downward dog pose is their body language to express their desire to play with other dogs.

You will see this more often when one dog has reached their limit and is finally tired while others still want to continue playing.

However, untrained and unsocialized dogs might not perceive this as a playful act but one borne of aggression.

In this case, your dogs must be separated to avoid further conflicts.

How To Register A Dog With AKC And CKC Parents?

Displaying the dog bow may be a way for the culprit to apologize for their seemingly aggressive behavior.

Moreover, dog behaviorists believe that dogs do the pose to signal that every subsequent action they do is merely playful to de-escalate any building tension.

5. They are greeting other dogs

If humans say “hi” or do a little wave as a gesture to greet people, dogs have their methods too.

One way to greet fellow pups they meet along the road is by doing the downward dog pose.

But then, the warning listed in #3 applies.

If other dogs are not familiar with the gesture, then a fight might break out — something to look after for pet parents.

6. They are wooing potential partners 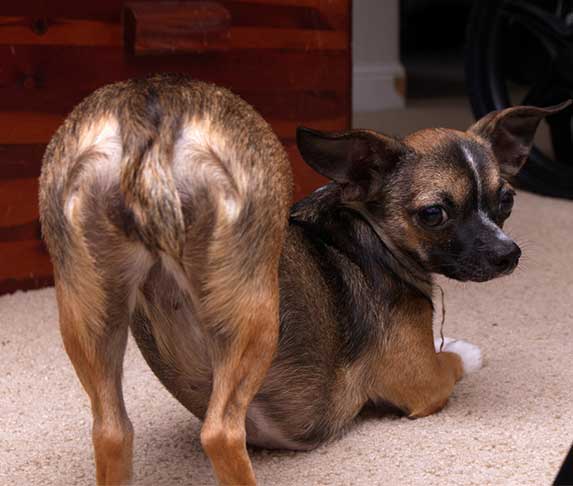 Dogs can be cheesy, too, in the way they woo their partners.

If humans go the distance by buying some flowers and chocolates, dogs excitedly do the play bow position to show that they are single and ready to mingle with other dogs.

What a sophisticated move.

7. They recognize the social status

It is no longer a new concept to know that dogs are particular with hierarchical status, especially within the pack.

Alpha dogs are the leaders and are rewarded with the highest regard by pack members.

The dog bow is a way by which other members of the pack show their leaders respect.

This reason does put a better perspective on the term “dog bow.”

It is not always rainbow and sunshine behind the downward dog pose, and there might be malignancies underneath that require medical attention.

An example of a physical health problem that leads to dogs doing the downward dog pose is pancreatitis.

Pancreatitis is the pathological inflammation of the pancreas which fatty foods may trigger.

The downward dog pose is their expression of pain due to the matter.

It is the reason why body language must be observed to pinpoint the root cause of the position.

9. They are experiencing back pain

Another case of physical problems among dogs that causes the dog bow position is back pain.

Although considerably more benign than pancreatitis, doing the downward dog pose might relieve them from the pain they experience from their backs.

Although there might be other more severe reasons behind the back pain, pet owners should be keen on observing.

The downward dog pose is one medium of communication by which humans can understand dogs and their feelings based on the context.

Most of the time, it is a harmless expression of their excitement and happiness.

But when the expression of this pose goes south, make sure to have your pets checked out by vets to verify the situation and prevent any further development of potential malignancies.