They paddle cutely whenever they are in the water, they lick your face to let you know they love you, and sometimes, they even fake a sneeze!

Studies have shown that dogs fake their sneeze to get your attention, express their excitement, and even let you know that they are annoyed!

In today’s article, we will share nine reasons why your dog fakes a sneeze. 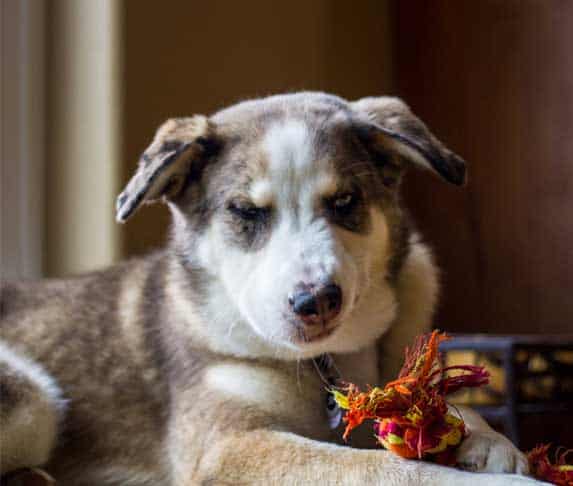 Some dogs would want your attention, and they would pretend to sneeze to achieve that goal.

Do you remember a time when your dog was constantly sneezing, and you showed so much concern for it?

That moment could have been a memorable one for your dog, and it is trying to get the same attention as he did before.

If your dog fake sneezed and you immediately went to his aid, then his plan has worked, and you can expect him to do it again.

Dogs can bark at other dogs to get their attention, but fake sneezing is another way to communicate with their fur buddies.

When your dog is in a group and wants attention from the others, try to observe if he sneezes.

If the other dogs take the hint, it means that his sneeze is not something you should be worried about.

It is probably just him needing attention from the pack.

Have you noticed your dog sneezing just when you are about to step out of the door to take him for a walk?

Have you ever tried giving it a treat, and suddenly it sneezes like crazy?

Well, he is probably very excited! Since dogs cannot laugh, they may try to express their excitement through barking or sneezing.

If you have shown disapproval of his barking, then he may have thought of another way to show his excitement — that is right, through fake sneezing.

Try to observe your dog. Put it into situations where it will be super exciting and see if it fake sneezes.

In some cases, dogs’ fake sneezing may have a specific reason, and often, the reason is that he wants to play with you.

It is someone related to reason number 3 (Expressing excitement). Thinking about playing with you may make him excited; hence, all that fake sneezing.

It could also be related to reason number 1 (Getting Your Attention), wherein he is trying to get your attention, and in this case, it is because he wants to play with you.

5. Trying to Get That Itch Out 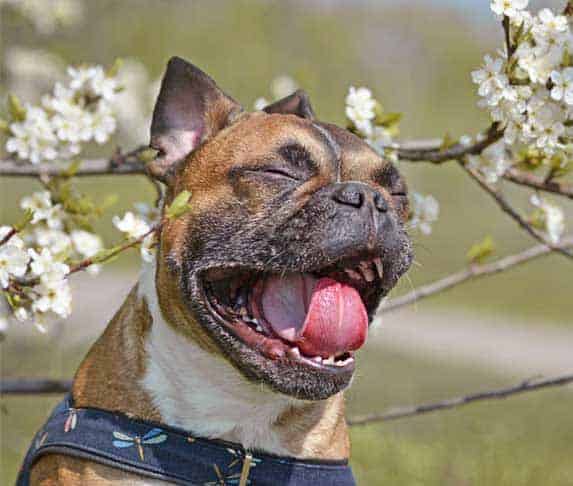 One of the main reasons why dogs sneeze is that their noses get irritated.

It could be because of foreign objects in their noses or an underlying medical condition.

Sometimes, they have that itch. It will be hard for them to scratch that nose so that they would resort to fake sneezing.

Since most dogs’ noses are naturally wet, it’s understandable that their cute snoots would attract dust and particles.

Fake sneezing would be one way to get these out of the openings of their nostrils before it gets inside, which may, later, lead to infection.

6. Letting You Know That They are Happy

If only dogs can talk, that would be a dream come true for us dog lovers.

However, the sad reality is that they cannot. Luckily, they still find creative ways to express how they feel.

Excitement and happiness can be associated with each other.

However, they are different in the sense that your dogs can be happy without being excited.

They may feel a sense of contentment and show that to you by fake sneezing—such a strange way to express happiness.

Still, we should appreciate that they are trying to show us still how happy they are.

Can Dogs Hurt Themselves By Barking Too Much?

On the flip side of reason number 6, dogs could also fake sneeze to show annoyance.

For example, notice if your dog wants to go out and you do not let it, it may fake sneeze, just like how a child would throw tantrums at you.

You will know that they are saying, “I’m annoyed!” with their fake sneeze when it is accompanied by a bit of growling.

The final straw would be when he walks away from you while doing it, much like a teenager ranting while locking up himself in his room.

Some experts have seen fake sneezing as a necessary action in wild dogs.

When they approve of a new alpha in their pack, they will fake sneeze to “cast a vote.”

This instinct may show up in stray dogs, especially if they find a pack they want to belong to.

If you have many dogs at home, you may find this rare occurrence as they would probably form a hierarchy in their pack.

What smells harmful to us may be different to animals. In a dog’s case, there are certain smells that they do not like.

When your dog’s smell these offensive odors, they may fake sneeze to get the smell out of their noses.

It would also show that they dislike what they are smelling.

When you observe that they start to fake sneeze, take the source of the odor away from them before it leads to real sneezing galore, which is caused by irritation.

A dog’s sneeze may not be genuine, and they may be doing it for specific reasons.

The important thing is that you know if your dog is faking it or if it is already a serious health concern that you should act on.

If you are unsure, you can always take it to the vet to determine whether an underlying health concern must be addressed or if your dog is annoyed at you for taking his favorite plushie away.