The change in your dog’s coat color may either be caused by a sudden change in their environment or a disease that manifests its symptoms from their coat.

But generally, change in the coat color is a natural response and must not be feared unless there are more adverse symptoms associated with the color shift.

We will try to illuminate the reasons behind the change in color of your dog’s fur, so stay tuned until the end.

Types Of Change in Fur Color

The color of your dog will pretty much remain as it is throughout its lifetime.

What changes are the hue or the shade of the color they are originally born with?

For this reason, you cannot expect a white dog to be black upon maturity.

Or a brown dog to be pink, for that matter.

Dogs with fur coats colored other than white are referred to as pigmented dogs.

Below are the general changes in fur color that occurs in dogs:

It happens when the average color of your dog becomes darker than usual.

It is associated with the thickening of the coat towards a somewhat velvety texture to the touch.

An example is a light brown shifting towards dark brown, and fur growth is usually hairless in the body.

The opposite of hyperpigmentation is often characterized by the lightening of the dog’s fur color relative to its normal shade.

It is often associated with vitiligo. 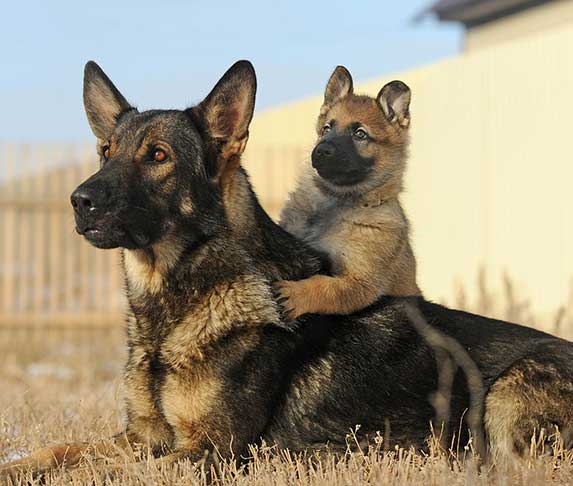 Some breeds naturally go through changes in their coat color because of their species.

Puppies have a natural coat color that they are born with, varying with their coat colors upon maturity.

Although as mentioned above, it may be influenced by their breed.

Poodles, for example, are naturally born with one color but sometimes experience frosting as they mature.

So, expect a shift in color as they mature.

There are also some that just have multiple colors and only when they grow up will you see which color is dominant.

2. Result Of Aging In Dogs

Like humans growing white hairs, dogs express the signs of aging too from their coats, often observed from their faces.

As dogs mature, there will be observed grayish coat colors from their faces.

It is simply a result of decreasing melanocytes in the body because of aging.

The more common breeds that go through these skin changes are German Shepherds, Labrador Retrievers, and Golden Retrievers.

In addition to this, normal hypopigmentation may be observed in the skin due to thinning of the fur coat in response to aging.

As mentioned above, puppies and dogs, in general, may have different shades of hair underneath their outer coat.

And one way for these to be revealed is via shaving or grooming.

On the average trend, lighter hues are observed after dogs have undergone shaving.

It may pose problems for owners to complain.

That is why some pet stores provide disclaimers that discolorations may occur after grooming.

Another avenue for discoloration is from cuts or injuries obtained from surgical incisions that may cause the area to grow darker shaded hair.

Do Dogs Know When You Mock Them?

Dogs, especially white dogs, observed to have brownish discolorations in certain areas in their body may be attributed to porphyrins.

Porphyrins are organic compounds that are usually observed from the saliva, tears, and pads of dogs’ feet and might be the culprit behind brownish discolorations.

As suggested by genetics, if your dog is a teary kind, then a brownish hue may be observed in the eye area.

The legs and other body parts may have brown discoloration, too, if they scratch with their mouths.

The skin is a breeding ground for various diseases, especially if dogs’ immune systems are problematic and unable to serve as their defenses.

One of the problems dogs might encounter is Yeast Dermatitis growing on the skin.

An abnormal overgrowth characterizes it atop the infected portion.

Skin in this area may exhibit signs of coat discoloration.

Hormonal imbalances are one of the triggers that cause depigmentation or hypopigmentation in dogs.

However, what is worse is the possibility of triggering more health-concerning problems such as cancers, bacterial, and fungal infections.

This imbalance in the hormones, especially the thyroid, adrenal, and sex hormones, may become platforms for immune-mediated diseases, leading to depigmentation in various areas of the dogs’ bodies. 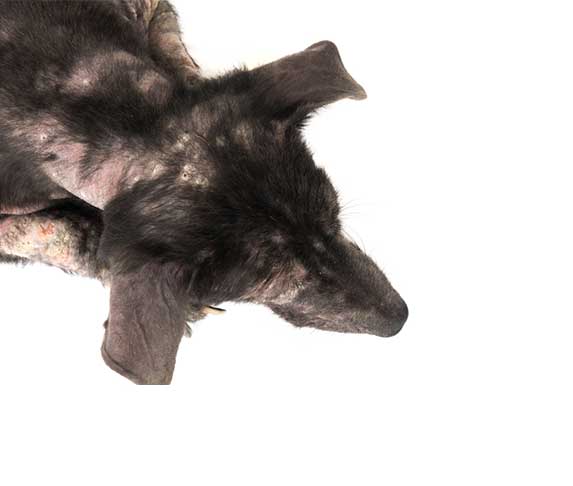 Pattern baldness is a common occurrence in dogs and is often attributed to malnutrition.

This phenomenon might disguise itself as a simple case of shedding in the dog’s head, giving the illusion of color pigment changes.

But they may be caused by a lack of proper nutrition in their diets.

Dogs respond poorly when placed in stressful environments, and the results are shown in their coats.

Stress may cause dogs to lose fur in response.

It may seem like a typical case of depigmentation, but if you look closely, the lack of hair makes it seem like the color has lighter shades.

Removing them from the source of stress will generally bring the hair growth back to normal.

Vitiligo may result from an auto-immune disease that causes the melanocytes responsible for giving dogs their coat colors to die.

It leads to white hair growth in areas that should have been colored.

The more common spots attacked by vitiligo are the nose, lips, and face.

The exact triggers of such a disease are not mainly known yet, now.

The changes in the hair or pigmentation of dogs are more commonly the results of typical causes.

There are only a certain few diseases or problems which might cause depigmentation to be observed.

To be specific, make sure to visit your vet so they can provide you with the proper explanation causing the change in the coat of your dogs.