Even though humans have reared dogs for many years now, howling at night is a disturbing behavior that most people don’t understand.

Howling is that long wailing sound that dogs produce.

Many perceive howling as a sign of distress while others believe the myth that it’s a sign of a bad omen.

This belief isn’t true for howling in dogs has no link to how events occur naturally.

Furthermore, there’s no scientific evidence that proves it.

Why would a dog howl at night? There are many underlined reasons for these prolonged cries. Howling is a sign of communication among dogs. It is also a way of sending a signal to other dogs within their territory.

Howling is a way of communication in dogs the same way people communicate by talking.

Dogs howl when they are separated from a pack.

This is evidenced by the fact that when one dog starts howling, other dogs within the surrounding will start howling when they hear that cry.

In some cases, a dog will howl at night simply because they heard loud sirens within the neighborhood.

1. Dogs Howl to Attract Your Attention 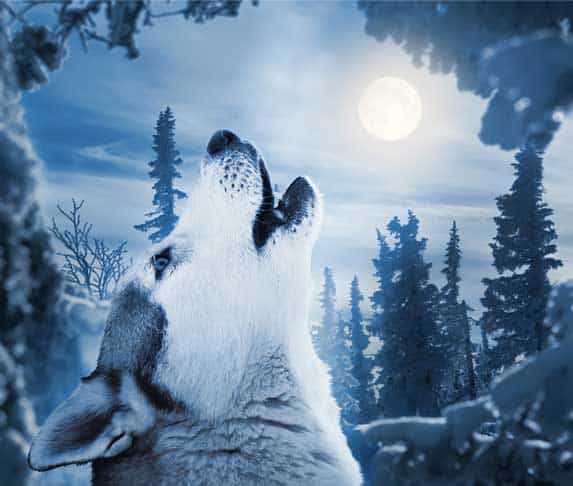 Dogs have many tricks to capture their owner’s attention and howling is one of them.

Depending on the breeds, some dogs may prefer howling to attract their owner’s attention.

Breeds such as American Eskimo, German Shepherd, Siberian, and beagles will make noise such as howling to get your attention.

Your dog can be quite clever and he or she knows that by howling at night, they will be given attention quickly.

Many dog owners tend to react quickly, because this sound is annoying, not only to them but also to other people.

2. Dogs Howl to Make Speak to Each Other

All creatures have a language of communicating among themselves.

For example, humans communicate with each other by words.

Dogs, like wolves, use howling as a tool for vocal communication among themselves.

Dogs howl to send messages about their current location to lost members of their pack.

This sound helps them to trace each other.

Your dog can start howling when he or she hears other dogs howling in the neighborhood.

It is a way of reassuring each other that they’re still together.

In their natural habitat, dogs would live in packs.

They are inclined to be with other dogs and loneliness is not their thing.

You’ll notice that when a stray dog is separated from others, he starts wailing as the others wail too.

When young puppies are separated from their mother, they will howl in distress.

Wailing is a sign of distress caused by separation from other dogs.

Why Do Dogs Dunk Their Heads in Water? (9 Reasons)

Dogs rarely howl during the day.

During the daytime, dog owners are near and the dogs will mainly be resting or playing peacefully.

Trouble sets in in the middle of the night when you are woken up by loud howls.

When everything is quiet at night and everyone is asleep, dogs feel that they’ve been separated from their owners.

This is because they are attached to humans around them.

In this distress, they start howling in order to attention from their sleeping owners.

5. Excitement Over a Success

Howling in dogs is an expression of excitement about success.

Wild dogs howl when they get success after a hunting trip.

Domestic dogs also have their ways of expressing happiness over success.

As we’ve seen earlier that howling is a communication tool among dogs, domestic dogs will howl to call the owner’s attention to share in their joy too.

6. Calling for Help from Injury or Illness 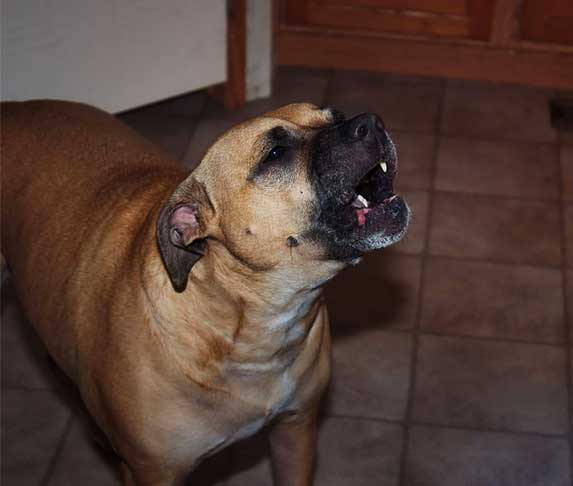 The same way children cry loudly when they get hurt, dogs too howl to express the pain they are going through.

You need to keenly observe your dog when he or she howls.

If the howling stops after a short time, you can assume all is well.

But if the howling lasts for long, he could be sick.

For example, if a dog is suffering from canine dementia, he will howl to express the pain he’s going through.

If your dog’s howling is prolonged, you should visit a vet.

This is because dogs find this noise to be exciting or resembling that of a howling dog.

When your dog hears the sound alarms or sirens within the neighborhood, he or she will start howling in response to the sound.

This response is similar to that when they hear other dogs howling within the surrounding.

Your dog can be howling to express his sadness when he or she is irritated by unexpected sounds at night.

Dogs within quiet neighborhoods can easily get annoyed at the sound of unexpected loud noise.

This is simply because they are not used to such noises within their surroundings.

For example, your dog could start howling at the sound of an ambulance siren within the surrounding.

Dog breeds such as Huskies, Dachshunds, and American Eskimos express their dissatisfaction mostly by loud howls.

Dogs like wolves possess territories and defend their boundaries.

If a nonmember of their pack invades the territory, they can start howling to alert each other, as though to say, “be alert, a stranger is attacking.”

This alert is also meant to scare off the “intruder” from encroaching their territory.

All dogs howl but the frequency is dependent on the breed. Alaskan Huskies, American Eskimos, and Dachshunds howl more than others.

Even so, howling communicates many things to us.

Your dog could be demanding attention, he or she could be feeling pack separation anxiety or just howling in response to some loud noise within the neighborhood.

If your dog howls consistently, you shouldn’t ignore it — consider visiting a veterinarian.