Puppies love to bark when playing with other puppies outdoors.

The other puppies could acknowledge the bark by barking back or just playing with the puppy doing the barking.

Most of the time it makes the environs noisy as the puppies bark at each other.

Below are some of the reasons why your puppy may bark during play and ways to understand why it happens.

The solutions to it when it becomes too much to handle will also be talked about so stay tuned.

What are the reasons that make your puppy bark when playing with other puppies? 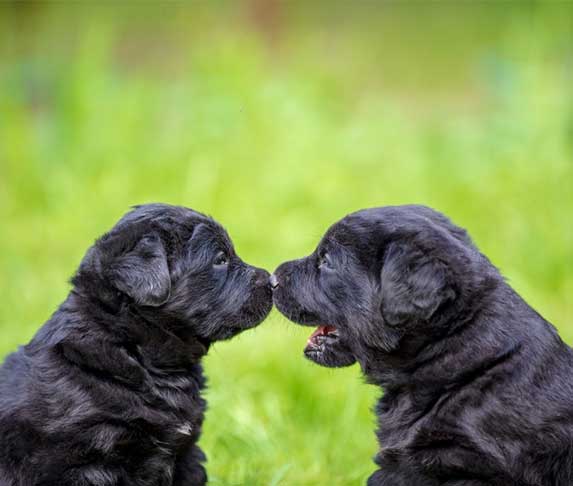 Most puppy owners do not see this is as a reason to be concerned and neither should you.

Puppys or puppies generally use barking to communicate.

They may bark at you If were trying to communicate because they cannot talk the way we can.

Here are more in-depth reasons as to why puppies like to bark at each other during play:

1. Your puppy may bark during play when they are trying to communicate

2. Your puppy may bark to show their excitement

3. Your puppy, in some cases, maybe trying to show you that they may not want to play

These types of bark are usually followed by some aggression either physically or in their bark.

This could be in an instance where, normally your puppy likes to play fight, but in his particular instance the minute anyone tries to initiate that with him, they become aggressive and gnarly. This makes it seem as if they are signaling you that they do not like it.

What Is Puppy Blues?

When is it okay to be worried when your puppy starts to bark during play?

This is mainly when your puppy becomes aggressive in its backing.

It is important to note especially when it is something that has recently started.

It is good to note their physical reactions as well.

When your puppy starts to be aggressive with their backing and also in the physical responses, it would be important to understand what would cause this to happen.

Below are some of the reasons why your puppy will become aggressive with their barking:

1. They may not be comfortable with the situation they are in.

When your puppy starts to bark aggressively, they may be telling you they don’t want to play or they want to leave.

It is always is important to ensure that you are cautious and help your puppy out if that is what they are trying to communicate.

2. They may be trying to communicate something that is bothering them.

An example of this is when your puppy is injured.

If you and your puppy participate in slightly aggressive games, they may be trying to communicate they are injured and it is important to ensure you try to “listen” to them.

3. They may be fearful and their anxiety is extremely high.

This is mostly noted in puppies with high functioning anxiety.

It is always important to monitor your puppy during playtime because their physical responses to everything going on will tell you what you need to know.

They also will tend to bark unusually during playtime and it is good to note that so you could help out your puppy.

What should you do when you realize your puppy’s bark during playtime is a call for help?

What should you do when you realize that your puppy is making a lot of noise during playtime? 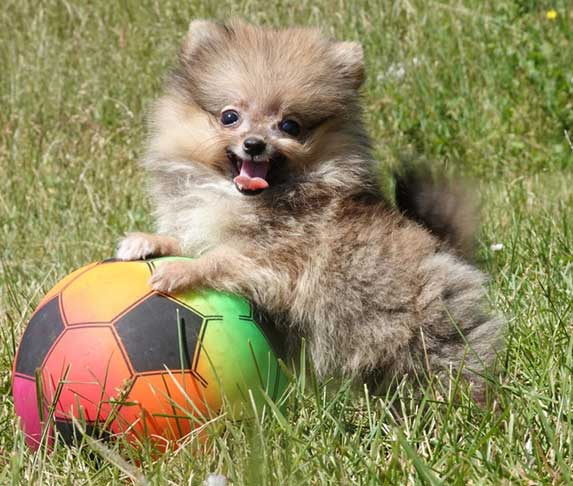 It is good to admit to oneself that your puppy is making too much noise during playtime.

This may be disturbing to you and even to your neighbors and it even reduces your concentration levels.

The noise may even make the puppy owner and their neighbors have health issues such as headaches because of the constant noise.

What can you do to counter that?

it is very normal for your puppy to bark during playtime.

It becomes a cause for worry when your puppy starts to become aggressive.

For any more worries, it is always important to go to the vet for better advice on the situation especially if you feel uncomfortable with the barking for whatever reason.