One way or another, dogs and especially pups will find ways to entertain themselves at home.

And if they get tired of their own designated squeaky toy, they move on to access things around the house.

One accessible fun thing is the door stopper.

There are lots of videos of puppies playing and trying to figure these little home accessories out, but what is the attraction?

What Is A Door Stopper? 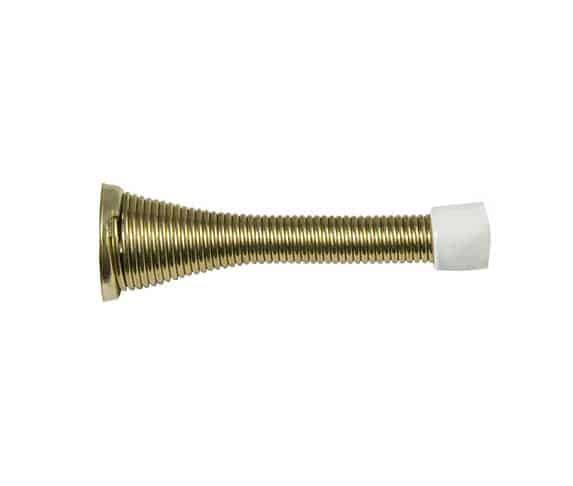 A door stopper is a small, springy, accessory for doors that are attached close to the ground, behind a door to prevent it from dinging/scuffing the wall any time it is opened.

It is a popular attraction for dogs, cats, and puppies.

The springy mechanism means it returns to its previous state when hit, so they keep on trying to move it.

Not all dogs love it though, some bark at it for hours expecting it to possibly move or run away, which it does not.

How To Stop A Dog Barking At Foxes? (9 Ways)

Why Is It A Problem?

It might be fun to watch but it can be a problem.

1. The wall behind the door stopper can get scratched up by your dog over time and can cost a bit to repair or replace.

2. Sometimes an overactive dog allowed to play with it for hours can pull the stopper off the wall leaving more significant damage.

And liberating a small removable part that could be a choking hazard.

3. Most pet owners discourage this, others just let it go as the dog is entertained.

But leaving them to use the doorstopper without your input is telling them — this is their toy.

And they may choose to play with it over playing with their other toys or other forms of play outside.

If it is not okay in the long run it is better to take control of the narrative and try to deter them from playing with it.

How To Stop Them Playing With Your Doorstopper? 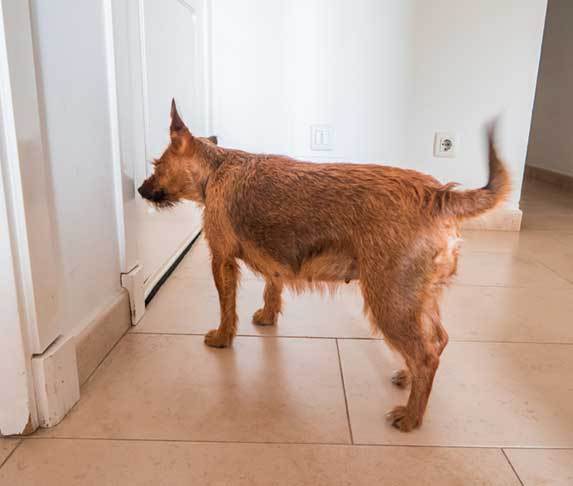 Over time with several cautions your dog could learn to leave the door stopper alone.

2. Distract them with something else like their favorite toy or playtime outside.

They would be used to the smell and texture of the door stopper if they see it as a toy.

Changing it and giving it a new smell would confuse them and they would leave the new attachment alone.

It has worked for a few dog owners.

4. Remove the door stopper completely if you want to end the slow destruction of your wall.

This is a popular option dog owners go for, especially when their dogs are puppies.

They then reinstall it years later, when their dogs are grown and interested in other forms of play.

This form of play can be harmless if you do not mind a scratched-up wall.

And it can also take a turn for the worse if it breaks off the wall.

But since it was not intended as a toy would you want to sit and supervise this play?

Figure out if you love to see them entertain themselves or if you want to discourage it.

Unfortunately, there is not much material on this but dog owners like you retelling their own pup’s adventures with the door stopper.

Maybe watching videos of their play may suffice while you take yours off.