There will come a time when our dogs begin to age and start feeling funny things in their body.

As owners, we have the responsibility to help our dogs when they are sick, especially if it involves diseases that need maintenance, like diabetes.

When Fido starts becoming diabetic, we will often take the mantle of administering insulin to help alleviate them from such.

But there are times when our dogs yelp when being given insulin.

What could be the reason behind this?

Stay tuned, and we will uncover this phenomenon in this post.

Before understanding why dogs yelp, it is first essential to understand what yelping means in dogs.

What Does Yelping Mean? 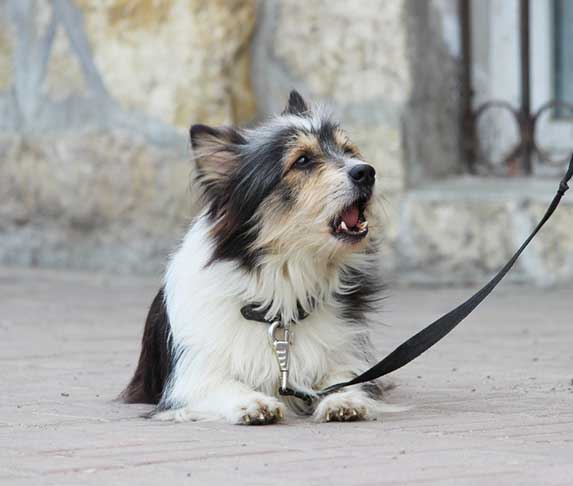 Yelping or whimpering can indicate one of two things in dogs: distress or excitement.

The more frequently used is the former.

It is observed when dogs are in pain after an unintentional bite by one of their playmates.

It can also mean displeasure over what is happening to them, often accompanied by flinching and resistance.

The latter, on the other hand, occurs when dogs feel happy or ecstatic.

This expression is accompanied by barking, wagging of the tail, and playful movements.

In the context of insulin administration, it is more likely that dogs are displeased or feeling pain, resulting in yelping.

What Is Insulin Used For?

As mentioned above, insulin is used to treat diabetes.

diabetes is a disease that is experienced when the glucose in the blood is abnormally high.

It may result from insufficient insulin production by the pancreas, or the body cannot respond to it.

It is only natural for aged dogs to develop diabetes, as with age comes higher susceptibility to problems.

But obesity may also cause such issues because the cells become more resistant to insulin.

Here are signs and symptoms that dogs may have diabetes, thus, might need administration of insulin:

It would be best to have vets check the Dog before drawing any conclusions to avoid false positives.

How Is Insulin Administered?

This question will illuminate more on the reason why dogs yelp when being given insulin.

Insulin is injected into dogs through a syringe.

Although vets have their own rule of thumbs and techniques on how it takes place, below are the general steps on how to do it:

Why Do Dogs Yelp When Given Insulin? 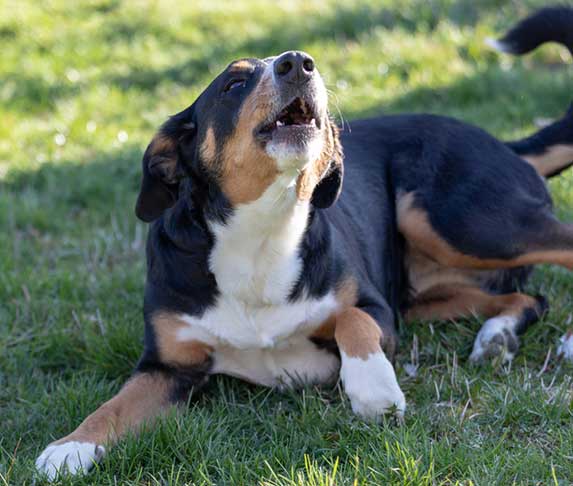 The above content sheds a bit of light on dogs’ yelping reaction towards insulin.

But we will try to give as many explanations as possible to illuminate further the reasons behind the matter.

It is the most fundamental reason to explain their yelping.

Syringes are not the most comfortable and friendliest tool for dogs.

If they have been given shots before, then they are perfectly aware of what purpose those things are for.

If you happen to take responsibility for injecting the insulin into your Dog and push the needle a little too deep, your dog will be traumatized at the act.

It can result in consistent yelping for the next shots even when the hand has not even touched them yet.

Observe closely at how your vets do it.

Which part of Fido is the most comfortable target, how he tries to calm the dogs, and how swift he does the deed?

Some vets might try to suggest placing dogs on the table for maximum comfort in injecting insulin.

But dogs might negatively associate being on the table with their experiences in the vet. Let us face it.

Most dogs do not want to be with their vets because of the countless experiences they have with them.

So, when you do this, your dogs will yelp in discomfort.

Better to bring them where they feel comforted to lessen the likeliness of their resistance.

It is not new for dogs, and even humans, to feel scared every time they see a syringe.

The simple thought of having a fine pointy thing pierce your flesh is not sighted and an experience to look forward to.

Pet owners have experienced seeing the dogs hide in the most cooped-up corner every time they unwrap the new set syringe.

This dog reaction can be accompanied by fearful yelping and other loud noises.

Make them feel comfortable in the presence of a needle by playing with them while the cap is still on.

Press the syringe over the skin and give your dog a treat every time it does not react negatively.

Do this until they are comfortable with needles and syringes.

4. They are not relaxed

Although this reason sounds like it is subliminally incorporated on the previous points, it can be an independent reason on its own.

Some dogs may have developed adaptation over injections from the shots they have received through the years.

However, inexperience on the part of the owner regarding administration techniques may cause the dogs to yelp.

It is not the syringe and the needle per se that scare them.

It is how you handle the situation and keeping your dog from tensing up and yelping.

In the end, it is still a matter of practice before one can be adapted in giving insulin shots to dogs.

Nevertheless, with proper training, one can learn to keep their dogs relaxed while receiving insulin shots.

Moreover, couple their shots with a balanced diet and exercise to keep Fido’s health at an optimum.