Almost every dog owner has looked at their pet and wondered what in the world was going on in their head.

Is my dog smarter today than its wolf ancestors hundreds of thousands of years ago?

Evolution is a fascinating concept that is so often regulated to only a human perspective.

To the point where most of us may have never even questioned how dogs have come to where they are.

Once we start to consider where they came from, we might form better ideas about where dogs are headed in terms of their intelligence.

In simple terms, yes, dog’s are slowly evolving and growing more intelligent, but the way in which they are is where the real wonder is. Dogs are not quite like humans in the way they have adapted to life’s challenges.

And considering the unique way they’ve evolved from wolves to pooches, one can only wonder what’s the next step in the species.

Where Do Dogs Come From? 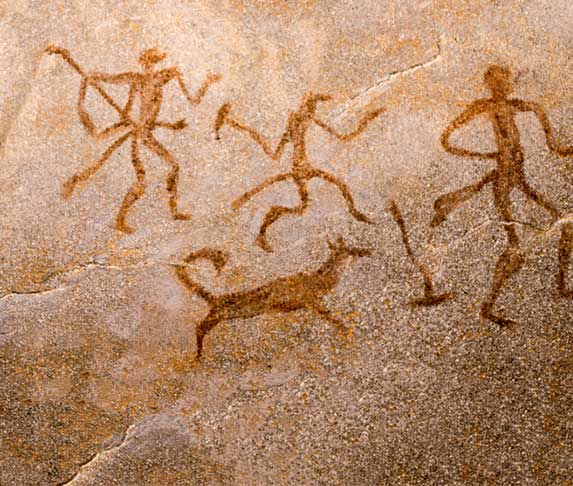 Talking about evolution in dogs is far trickier than we applied to humans, largely because the two groups have more inter-species distinctions than we do.

Humans are all the same biologically-wise, but dog breeds can be vastly different from one another.

So much that some have very different capabilities than others.

Going further back, however, shows that while there is a great variety between dogs today, they all stem from the same genetic template.

Every dog today shares an ancestor in the grey wolf, Canis Lupis, who, through means yet unknown to scientists, eventually befriended humanity.

While scientists are unsure how wolves were domesticated by humans, there are several strong theories that are generally accepted.

One of which is that wolves domesticated themselves for humans, forging a symbiotic relationship that still exists today.

This theory believes that instead of survival of the fittest, it was actually the friendliest dogs who enjoyed the best lives.

Those who learned to share with humans and befriended them.

The friendly wolves were given access to shelter, food, and protection while meaner ones continued to survive on their own.

Is Blue Tongue Lizard Poisonous To Dogs If Eaten?

How Smart Are Dogs Already?

We can’t hypothesize how dogs will later be without first considering the capabilities they already have.

What many pet owners may not realize, since they aren’t really looking, is how observant their dogs can be of the people around them.

Not only can dogs pick up social cues from the tone of people’s voices, but by the words they use.

Dogs have already shown to be able to memorize hundreds of words.

And those with much more extensive training have shown that they can retain thousands of them.

Certain tests have also proven that canines are able to distinguish between different voices, a trait not all animals possess.

While humans see the world in a visual sense, dogs experience it through their noses.

Scientists have performed experiments showing that while dogs don’t recognize their own reflections, they immediately show recognition of a change in their smell.

Proving that their concept of self-awareness is merely different than our own.

Dogs are also employed by law enforcement around the world solely because of their ability to sniff out materials humans would never have the chance to.

How Are Dogs Evolving? 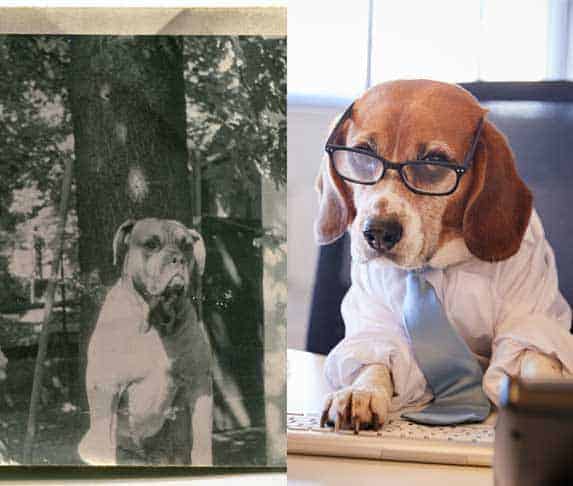 As stated before, the wolves who found safer and more comfortable lives were those who were friendliest.

Thus better than others at communicating with humans.

This is also how we see dogs evolve today, in communication.

More specifically, scientists have found that dogs are in the process of gaining new muscles around the face, developing ways to display their own emotions and show recognition of another’s actions.

This trait has been passed on from older generations of dogs and wolves who learned that a “puppy dog” stare was effective at gaining favor from people, who would then give the animal food and shelter.

Dogs have even picked up the way humans communicate physically, particularly through pointing or shifting one’s gaze towards a particular direction.

This ability hasn’t even been found in humanity’s closest living relative, the chimpanzee.

Dog’s intelligence doesn’t seem to be about using their brains for themselves.

But rather on better communicating with their human partners in order to forge stronger bonds and continue their relationship with people.

What Does This Mean For Us?

The dream of being able to one day speak with your dog is still a long way away, and may never come at all.

Either way, allowing for our dogs to become smarter can only improve our own lives as well.

It has been proven that those who own dogs live both longer and happier.

One way which we can help our pets continue to evolve is by encouraging their inquisitive nature and stimulating their mind.

A dog who sits inside all day doesn’t have much reason or need to continue developing.

But a dog who plays with its human to figure out puzzles and games will naturally grow more intelligent, passing it onto its descendants.

Even allowing your dog to smell more things on their daily walks will help them discover new aspects of the world that they would have never known.

Just as humans have developed to forge more comfortable lives, so have dogs, but not solely for their own benefit.

Dog’s evolution show just how wonderful these creatures are, as they continue to find newer and better ways to help both of us.