Have you ever wondered what those little hairs under your dog chin are?

These tiny hairs are called whiskers and are longer, stiffer, and thicker than regular dog hairs.

These hairs come out on the chin and parts of a dog’s muzzle.

These small mounds that look like beauty marks are filled with nerves and connectors that serve multiple purposes.

What are Dog Chin Whiskers?

A dog’s chin whiskers, or vibrissae, which comes from the Latin word “vibrio,” meaning “to vibrate” is sensitive to touch and gives a neural response to the brain.

These whiskers are deeply rooted inside hair follicles and packed with different nerves and blood.

This is what makes the whiskers so sensitive and will bleed profusely and painfully if forcibly pulled out.

Why do Dogs have Chin Whiskers?

Whiskers actually have more use than they appear to be, from navigation to protection, good vibes, and more.

Below are a few of the importance of chin whiskers:

The chin whiskers serve as antennae in dogs that help them get a sense of their surroundings, most especially in dim light or in the dark.

Reflex — Whiskers in dogs are highly reflexive, for instance when you gently touch your dog’s whiskers, it would blink its eye on the same side of the whiskers you’ve touched it.

Navigation — The presence of whiskers helps dogs navigate around their surroundings.

This is possible because they are sensitive to the vibrations in air currents.

As such, when the air moves, the whiskers vibrate and help dogs determine the presence of nearby objects.

Protection — Whiskers help dogs detect and avoid harmful objects which in turn helps protects them from dangerous objects that might be injurious to their body.

Good Vibrations — Due to the thickness of whiskers, they also have deep roots which are connected to neural parts of the dog’s brain.

Which helps in transmitting good vibes from you to the dogs.

Below are examples of dogs with chin whiskers. 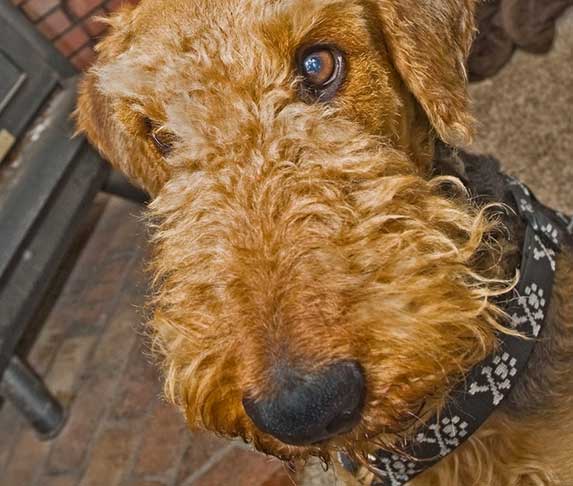 Mostly referred to as the ‘King of Terriers’, largely because of their big size — as they’re the largest of all the terrier breeds.

These dogs are one of the most incredibly smart, adaptable, and lovable dogs.

When it comes to their chin whiskers, they grow more hair around their muzzle, giving them a very distinct beard. 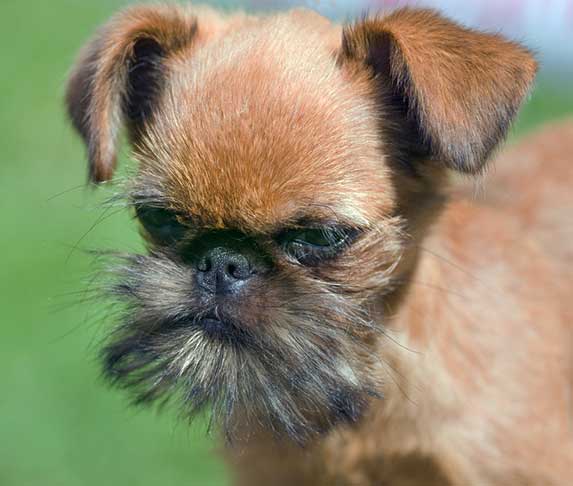 Brussels Griffons like the Airedale terrier breed is another dog full of character and charm, with very adorable chin whiskers.

These whiskers stand out because they can sometimes reach epic proportions.

This breed is native to Belgium, where they were originally developed as expert ratters for the stables of coachmen. 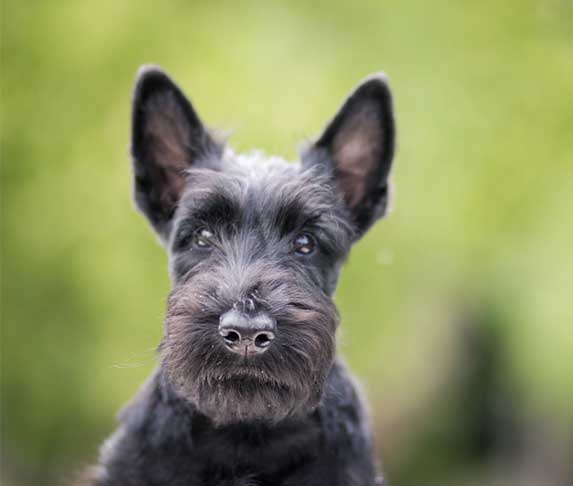 The Scottish terrier is known as one of the most well-known cutest dogs.

With their long nose, short body, and prominent chin whisker, they are recognized over the world.

Scotties tend to be very loyal to their family and will form strong attachments, but this doesn’t mean they’re a lapdog.

They usually look for attention on their own terms. 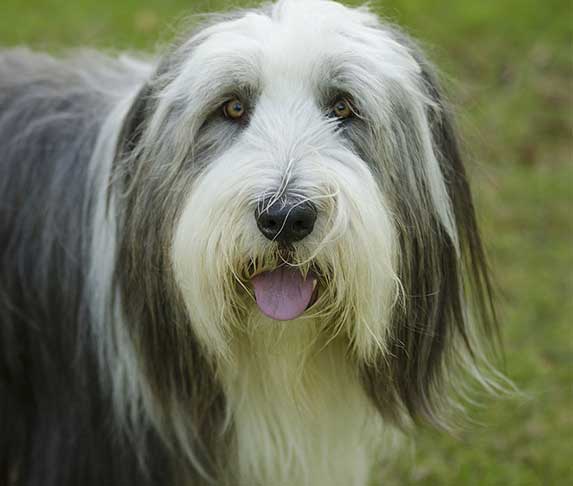 It’s highly impossible to leave the breed that is affectionately known as ‘Beardie’ off this list.

This dog is perhaps less distinct than some of the other breeds featured here, due to the chin whiskers being less prominent than other breeds on this list, but it’s there nonetheless.

Bearded Collies tend to have a stubborn streak which means that you have to be patient when it comes to training them. 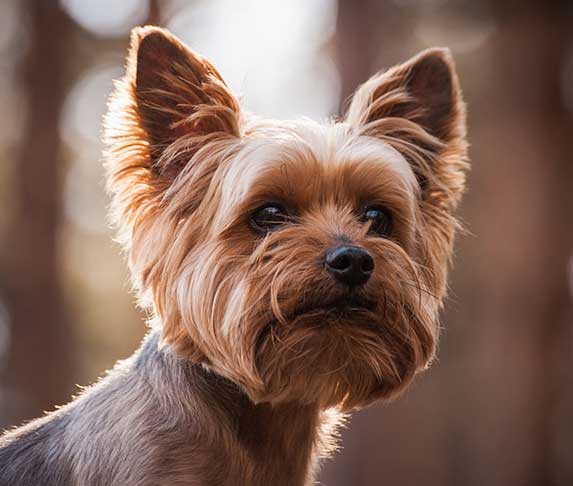 Another terrier on our list with a playful attitude and cute body.

Despite the Yorkshire Terrier’s tiny size, the dog can be very playful and charming.

With its little size, you can hardly notice its chin whiskers, but it’s there and blends into a beard.

Just make sure you brush your little pooch before it gets wet. 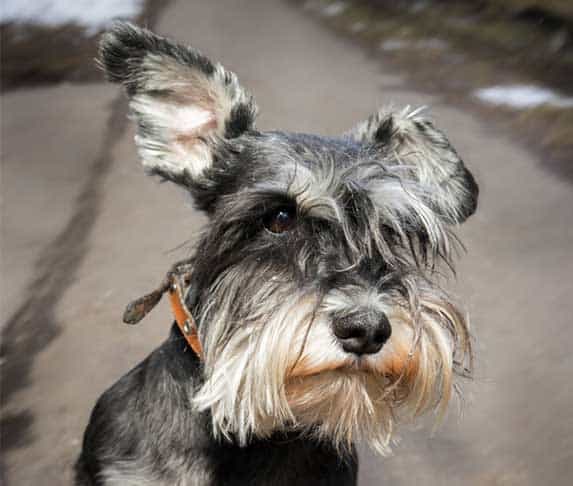 Whether the giant, standard or miniature schnauzer this extroverted terrier’s chiseled good looks make him an idol in the world of dogs.

The schnauzer’s chin whiskers stand out as a beard making him look regal.

It is advisable to give his beard a good brush every 5-7 days, depending on the length, as these sweeties are prone to knots and mats if you don’t. 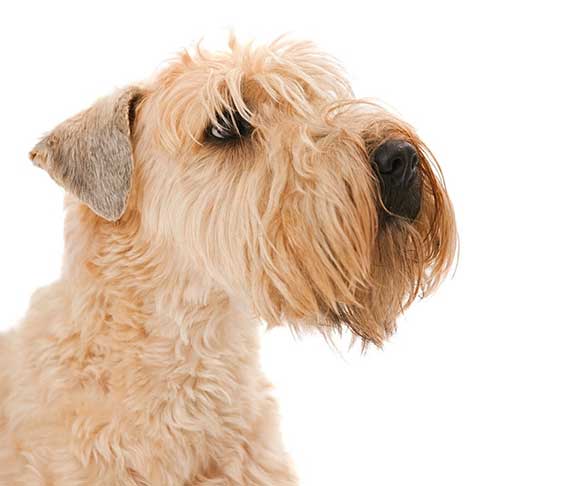 From its name, the soft coated wheaten terrier is more like a big, old fluff ball, with chin whiskers that make it a cute, charming dog.

Brushing its big beard makes it look fluffier and cuddly. 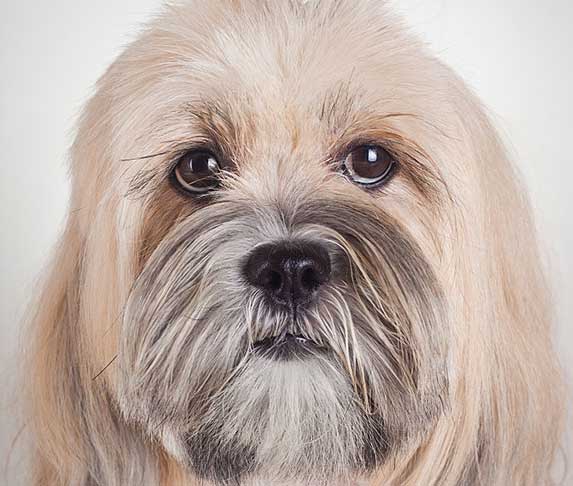 The Lhasa Apso is also known for having lavish facial hair, which hides its chin whiskers.

This dog breed originates from the harsh cold temperate region of the Himalayas in Tibet and possesses long coats that help keep them warm. 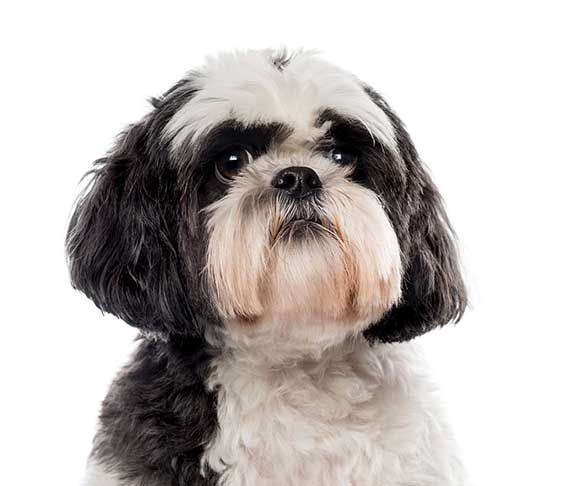 The Shih Tzu is also known as a chrysanthemum dog because of its unruly facial hair.

Despite its little size, this dog breed adores hanging with his human pack and can be quite playful, with a short chin whisker that is very adorable and takes little effort to maintain. 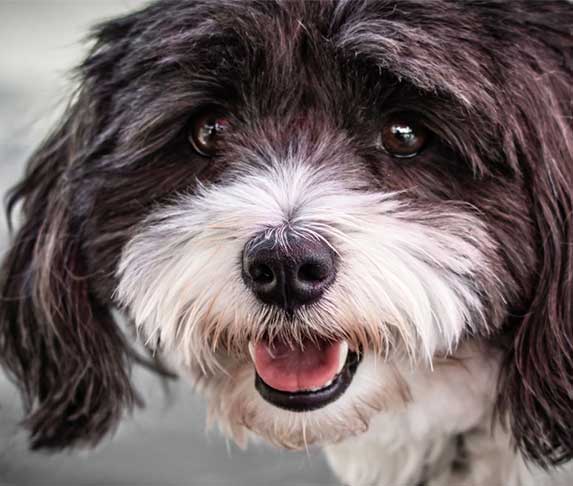 Hailing from Madagascar, this poufy little dog with dark beady eyes and dramatic mustachio comes in last on our list.

This dog breed was said to have been brought over on pirate ships! No wonder he loves swimming!

It has chin whiskers that are prominent and lovely to pull.

If you would like your dog to detect your feelings and know how you feel, then you can go ahead and choose one of the dog breeds mentioned above.