Pit bulls have in the past been the most controversial dogs to keep.

They were associated with the most aggressive behaviors more than any dog breeds, so ownership of these breeds was prohibited.

The truth about pit-bull dogs is that they are the most loveable dog breeds, charming and loyal canines. They love being around people, especially children. But how long do pit-bull mixes live? The estimated lifespan of these canines is between ten to fourteen years.

In this post, we’ll take a look at the average lifespan of a Pitbull Lab mix and give you some tips on how to help your pup live a long and healthy life.

What Are the Character Traits of a Pitbull Lab Mix? 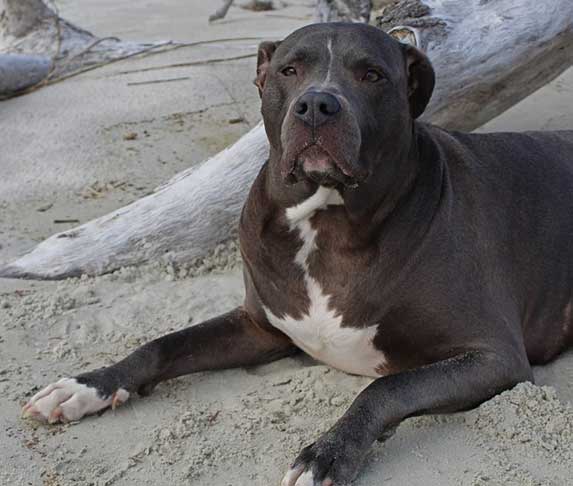 These dog breeds have the temperament of both the American Pitbull Terrier and the Labrador Retriever. The Labrador is very playful, energetic, and somehow goofy. They are also known for their mischief and have been known to easily escape confined yards.

On the other hand, the terrier has previously been linked to the bad behavior of being aggressive. Still, the UK Kennel Club has demystified this belief stating that they are very gentle dogs and can never hurt you or your family.

The Pitbull lab mix has a combination of some of these character traits. The dominant factor is that they are friendly with humans and are gentle. They do have a tendency to dominate may not listen to commands. They can also be aggressive towards other dogs.

There have always been conflicting opinions about the health of the mixed breeds compared to the pure ones. Experts believe that the missed breeds are healthier than the pure breeds by virtue of hybrid vigor, which means that they barely inherit health problems.

The Pitbull lab mix is a breed of Labrador and terrier.

Its life span depends on these two parent breeds; the Labrador lives for a life span of between ten and thirteen years, while the terrier lives between ten to fifteen years.

The Pitbull lab mix is fairly healthier and can live between ten to fourteen years on average.

Are My Kids Safe with The Pitbull Dogs?

Many factors determine whether the pit bull mix will get along with your kid. The type of breed determines the temperament of the dog.

You should get it as a puppy, from a dog that has gentle and loving temperaments.

When the puppy learns to be socialized from an early age, it will grow with gentle and loving temperaments.

How Will the Pitbull Lab Mix Get Along with Other Dogs?

The answer to this depends on the parent breeds. Its genes from the Terrier give it a strong drive to hunt, which means that it can easily chase after other small animals.

As confirmed by the UK Kennel Club, Pitbull lab mixes are a good dog to keep.

With early socialization, this breed can be a lovable, energetic family pet that will live for long.