It is often believed that a black cat is a symbol of bad luck.

If that is so, then what does a white cat symbolize?

Stick around to find out.

The White cat is deemed a symbol of good luck or bad luck depending on which culture and part of the world you come from. In ancient times, cats were revered like gods and even believed to chase away evil spirits. While some of this ancient feline glory is lost, cats still inspire cultures and businesses to date.

What would your impression be if you met a purely white cat?

Probably you will think in the lines of cute, adorable, beautiful, and possibly “I wanna keep her!”

But if you were living in medieval times, bumping into a white cat would have meant instant bad luck for you.

Where did all this white cat superstition come from, you may ask?

To answer you, we have to take a trip down memory lane to when cats were first introduced to the world.

We are going to explore white cat superstition in several cultures; from the Americas to Asia.

Coming to the Americas 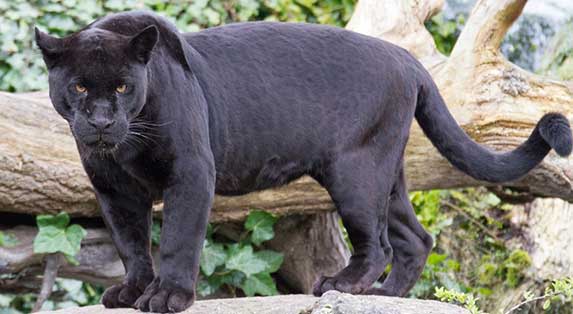 Before cats were introduced to the Americas, jaguars were king.

Ancient cultures in central and South America revered the jaguar, with indigenous tribes like the Mayans considering the Jaguar sacred (go watch Apocalypto).

Other tribes like the Aztecs, Incas, Andeans, and Mayorunas, also paid homage to the jaguar.

Ancient Mayan mythology painted the jaguar as a mighty dark god who ruled the underworld.

So when the Spaniard introduced domestic cats to the Americas, the instant reception was that of ridicule.

No culture in the Americas was ready to accept domesticated cats into their world.

While the black jaguar symbolized power, valor, and ferocity, the black cat was seen as evil and a product of witchcraft.

But not just the black cat, any other domestic cat, regardless of coat color was also deemed as evil or bad luck.

So, to the Americas’ people, the white cat superstition remained that of evil and bad luck.

But things were different in the North. 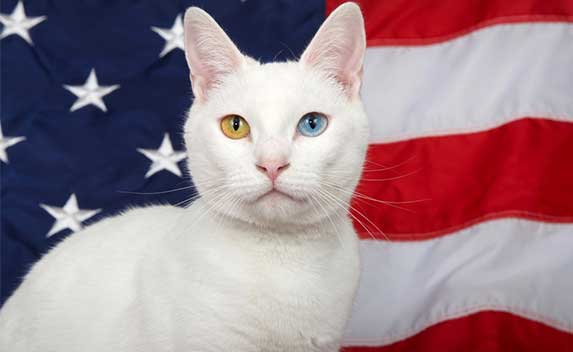 The North American people were more receptive to domesticated cats.

But they too had their own beliefs about cats, which were inspired by the British.

The only difference between these two cultures is that their beliefs on white cat superstition were inversely related.

In North America, white cats were a symbol of good luck.

What’s more, the Americans believed that any sort of interaction with a white cat- whether on the road, in raising one, or dreaming of one- was a sign of good fortunes ahead.

Dreaming of a white cat is good luck

As the white cat was petted and revered in America, the black was not popular as much.

Black cats symbolized a bad omen and encountering one would mean something eerie coming your way very soon. 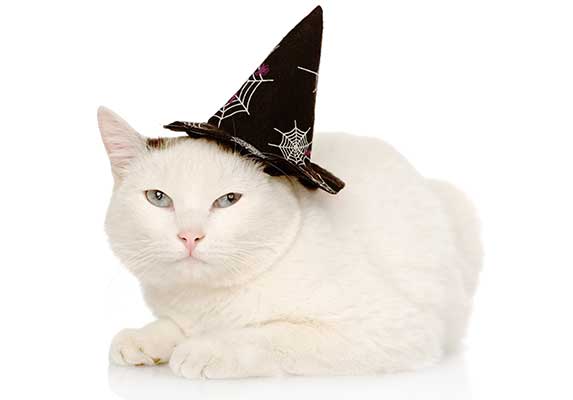 If there is one place where both the black and white cat had a tough time, it was in medieval Europe.

Cats were considered accomplices of witches if not an incarnate of the witches themselves.

Europe’s mid-century period was abuzz with horrific scenarios of witches burning at the stake.

Witches who owned cats were burned together with their felines.

It did not help that cats, at the time, were a common pet for peasants, witches, old, and lonely people.

It was not long before the feline eradication process began in Europe.

In France alone, thousands of cats were banned every month.

This mass massacre of felines continued until King Louis XIII put an end to it.

This was the catalyst move that finally changed the perception of cats in Europe.

As the fear for cats subsided, there was a newfound love for black cats in Europe.

Black cats were now a symbol of good fortune, a belief held even today by European countries like Britain.

Medieval sailors kept and pampered black cats as they believed it will bring them good tidings while at sea.

Because of their growing popularity, the price for black cats in Europe skyrocketed.

These dark-coated felines were so expensive that only rich sailors and wealthy families could afford them.

And as the black cat’s net worth increased, the story was different for the white feline.

White cats were still considered a symbol of bad luck in Europe.

This negative white cat superstition stemmed from the feline’s coat color, white, which is the color shared by ghosts.

So if you met a white cat in the allies in ancient Europe, you immediately prayed to the deities of the time to have mercy on you. 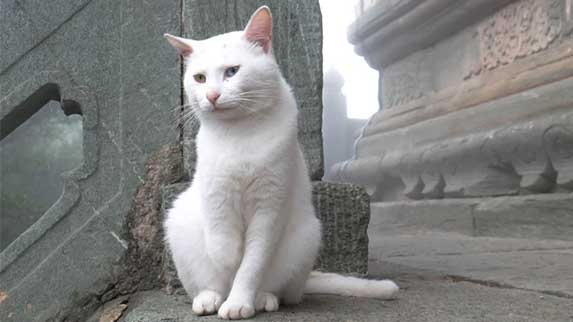 In Asia, cats, whether black, white, or tri-colored, were considered sacred and important.

So much so that Asian monks kept cats in monasteries to wade off evil spirits.

As time evolved, the white cat became more popular in China, Japan, and other Asian countries.

A cat assures its owner of good luck

Cats have inspired good luck charms in Japan and China known as Maneki-Neko.

These are figurines that you keep in your business, restaurant, or home to bring good fortune.

The white cat Maneki-Neko is the most popular of them all. 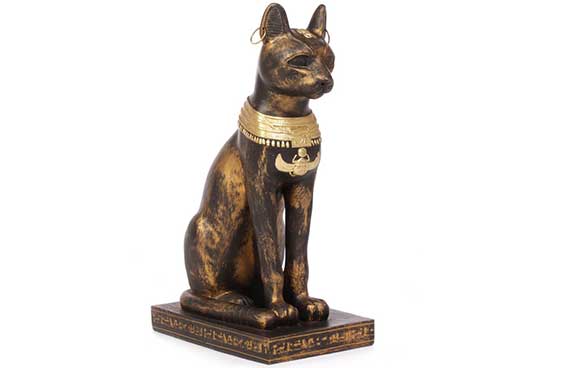 The Egyptians were the pioneers of cat worship all over the world.

They adored and protected cats at all costs.

Since Egypt thrived on farming, cats were kept to help chase rodents and other pests away from the grain stores.

Things took a turn when the white cat became a sacred symbol in Egypt.

It was believed that the goddess Bastet who, like the Celtic goddess Brighid, used white cats to convey commands to the people of the earth.

Egyptians also believed that white cats could capture the enchanting glow of the sunset and preserve it for the morning after.

Cat worship in Egypt inspired great monuments like the Sphinx of Giza.

And though the Sphynx cat is born and bred in Toronto, its name and looks must have been inspired by the sphinx hieroglyphics in Egypt.

With all said, what does a white cat symbolize in the modern-day?

Frankly, most of the ancient white cat superstition has died out through the ages.

But while a white cat looks adorable to you, most of us are still wary about the sight of a black cat.

What should I name my white cat?

Cats are no magicians but they can warm their ways into your heart. Watching them play, feed or sleep is relaxing and can help relieve stress. If an adopted cat manages to make your house livelier and homely, then that feline is your lucky charm.

No cat is a bad omen despite the coat color. White cats are shy and calm while black cats are bolder yet very playful. Perhaps the only time any cat is evil is when they poop on your tub.

Can a cat see the supernatural?

Like dogs, cats have a strong sense of sight that allows them to see in the dark. Cats have great listening abilities too and can detect even the slightest of sound. So in case you catch your feline staring at the wall, maybe they heard a mouse lurking somewhere in there.