In terms of fast food, most people can agree that Chick-fil-A ranks among one of the best chains there is and at times, may even seem a tad more “gourmet” than their competitors.

Sure, we like it, but what if our pets decided to give their tasty nuggets or chicken sandwich a try?

Is Chick-fil-A a safe meal for our dogs to eat?

The short answer is: yes, feeding your dog a grilled chicken patty or a few of their nuggets or other menu items isn’t going to be detrimental to their health. However, there are still a lot of do’s and don’ts when it comes to a dog eating fast food of any kind, and it’s important to know what they are so you know just what to order for your pets.

What Can Dogs Eat at McDonald’s? (+ What to Avoid)

Dogs are a lot like humans in that they need proper nutrients and healthy food to help them grow and live better lives.

Only thing is, a lot of the nutrients and natural chemicals in the food we eat don’t have the same effect when fed to dogs.

In the worst cases, can even kill them.

In order to find out what to best fit in your dog’s diet, it’s helpful to know how its stomach is different from your own.

The largest difference between the two of us is our digestive system and its capabilities with breaking down food.

In our case, while it’s still not all that healthy, we’re able to digest and break down overly fatty food, like fast food.

Dogs, however, just don’t have that capability.

If a dog were to try and digest this type of food either in large quantities or in frequent amounts, it could lead to vomiting, diarrhea, and a lot of other health-related issues.

Even worse, some of the nutrients and natural chemicals in foods we eat every day could be deadly to dogs.

Everyone knows about the big culprit: chocolate.

But there’s a general confusion towards other foods that people may be feeding their dog, what’s ok and what isn’t.

If people aren’t careful, they could accidentally poison their dog, so it’s better to do the research or to just stick to dog food. 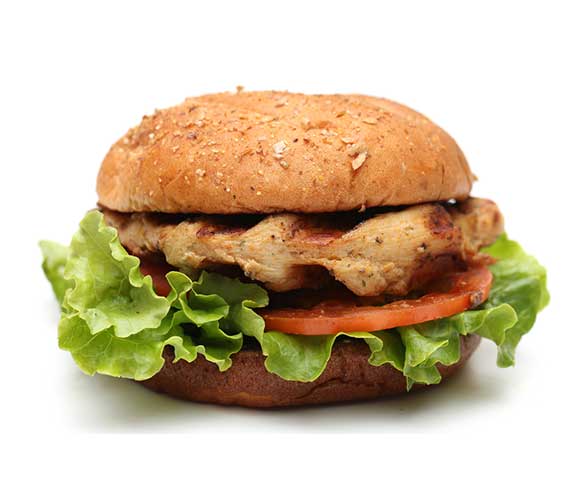 So now you may be wondering, is it ok your dog accidentally got into your bag or if you should be more worried that you fed a dog a bite of your chicken sandwich.

In most cases, if they didn’t eat any of the following dangerous products or didn’t eat the whole meal, they should hopefully be safe but keeping a careful eye on them wouldn’t hurt.

If you do find yourself in the position where you need to feed your dog Chick-fil-A, keeping this list in mind can be crucial.

When ordering at Chick-fil-A for your dog, these are the toppings, items, sides, and sauces that should best be avoided:

Too much of this dressing could induce vomiting or diarrhea in dogs, or just result in an upset stomach

Some sodium is healthy and required in a dog’s diet, but fast food can tend to put too much on it for our pets

What Else to Consider?

Something else you should keep in mind when looking at what to purchase your dog is the calorie count in the item, which can often be overlooked. Generally speaking, the recommended calorie intake for a dog per day is 25 calories per pound of body weight.

Especially when it comes to fast food, that intake can be met very fast in a single meal.

Chick-fil-A, however, can be rather tame with its calorie count compared to other fast-food chains or restaurants.

Their nuggets or strips can be as low as 130 calories while their highest caps out at around 500 calories.

If you don’t know the exact weight of your dog, knowing at least the average of the breed can help you make healthier choices for your pet. 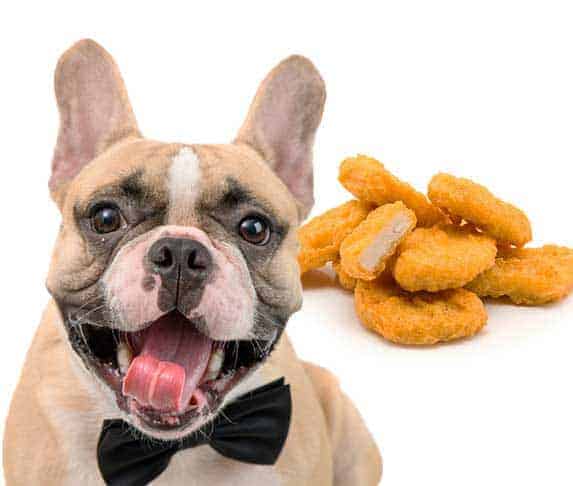 As stated before, any fried or breaded chicken should be avoided as those can be too fatty for the dog to fully digest.

Luckily, Chick-fil-A has grilled chicken, which still isn’t as healthy as anything store-bought.

But it’s by far one of the better choices one can make when ordering for their pet.

That should be ordered by itself with no toppings or any bread and has little risk of hurting the dog in any way.

The grilled chicken nuggets are also a fine choice and potentially even better.

Because then you’re much more in control of how much the dog is eating and can cut them off quicker.

Also, some Chick-fil-A restaurants are rumored to have a secret dog menu, or even just to carry dog treats.

While this may not be true or relevant to all restaurants, it never hurts to ask if the one you’re at carries anything of the sort.

Sometimes we need a quick meal for our pets or they can be sneaky and steal some of our own food.

In the case of Chick-fil-A, while it’s still fast food and should by no means be a regular meal, it is by far one of the better and healthier restaurants a dog can eat at.