For some, it’s the highlight of their day, for others, it’s an anxiety-filled time of horror.

Either way, most dogs will experience being on a car ride at some point in their lives.

While most might have the time of their lives or simply find the situation relaxing, there is the chance that other dogs could develop anxiety-related symptoms.

For some owners, this puts them in a complicated situation where while they may need to transport their dog via a car from time to time, they’re unsure if they might actually be putting their dogs under extreme stress.

Car rides are a possible cause for stress and hyperventilation in dogs, but while neither is immediately dangerous, extended feelings of either can be. However, car rides alone are not the only causes for these symptoms.

Learning about other causes for hyperventilation and what panting in your dog can mean equips you as an owner with the knowledge to provide better care for your dog, and ensure safer car rides.

Why Do Dogs Pant? 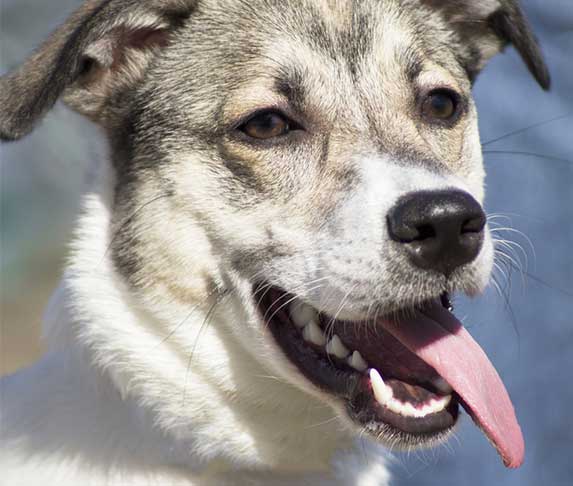 While humans are able to regulate their body temperature by sweating, dogs don’t have this ability to the extent that we do, so they’ve developed a different method of doing so.

Painting allows them to shed excess body heat from inside their body by evaporating water.

Some dogs will pant more than others, and in some, it might seem like they never do it at all.

A car ride, for example, is a perfectly fine time for a dog to be panting, as the inside of a vehicle can become overly heated for some dogs.

There are several signs, however, of abnormal panting to watch out for, as will be discussed later.

As stated before, dogs prefer panting over sweating, but that doesn’t mean that they can’t do the latter at all.

Dogs can still sweat, although it’s mostly regulated to only their paws, so it can’t be something an owner relies on.

Our pets handle heat very differently than us, and thus not even fans can be completely trusted to cool them down.

While they are perfectly capable of taking care of themselves in their own environment, putting dogs in cars takes away most of their abilities to do so.

Thus it falls on us to make sure they’re healthy.

Why Does My Dog Stand On Two Legs? (5 Reasons)

Reasons Why Dogs Hyperventilate In a Car?

When someone is hyperventilating, they are taking much deeper and faster breaths than regular.

Leading to a decrease in the carbon dioxide in the blood.

This then causes them to feel sick, light-headed, anxious, and like they’re not getting enough air.

Dogs can also hyperventilate, with several of the causes being related to being in a car.

Although that is not the sole factor leading to it.

Some causes for hyperventilation include:

Perhaps the most common reason, being in a hot car can raise a dog’s body temperature to the point where panting can’t even help

Anxious dogs who become overstimulated in car rides could lead to a faster heartbeat.

Thus requiring more oxygen which then leads to hyperventilation

Little dogs, especially, might lose balance in a car ride and could potentially get hurt.

Leading to hyperventilation because of the increased heart rate

Just like humans, dogs can get carsick from the swaying of the vehicle.

Leading to a number of potential issues, including hyperventilation

People might keep their leftover food or other items not for consumption for their car which a dog might get into.

triggering an allergic reaction of sorts

Likewise with obesity, while this is an external factor, certain symptoms of such can be triggered by being in a car ride.

Either from the stress or the heat.

Dogs with weak lungs or already existing breathing conditions, stuffy cars that don’t have proper airflow might lead to a lack of oxygen in the blood

Do Dogs Like Being in Cars? (& Signs Of Bad Panting) 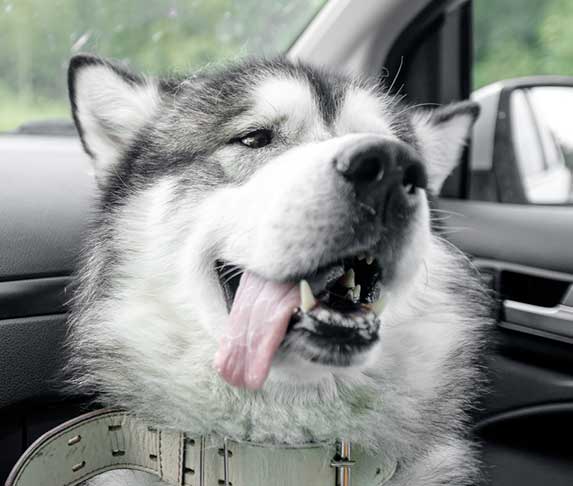 Car rides, basic normality for us that we might not think twice about, might actually tap into some of the evolutionary needs in some dogs.

Dog’s still have the natural inclinations of pack animals, however now it’s filled with people rather than other canines.

A car acts as a surrogate home, housing all of the dog’s family, traveling with them, and exposing them to thousands of new scents.

While the sway of a car can make some dogs nauseous, for others, it’s a soothing and relaxing feeling.

Cars are not the bane of a dog’s existence, some will react to being inside one differently than others, it’s all about watching out for certain signs.

Panting is not a bad sign to see in dogs, it’s perfectly normal and will appear different from one dog to the next.

Generally speaking, however, there are signs that a good owner should look out for.

Panting for any extended amount of time is one of them, as it shouldn’t go on for and on as long as the dog isn’t still indirect heat.

A labored, heavy panting is also a bad sign, as it might mean there’s a possible underlying issue causing the panting.

Abnormal panting should be reason enough for a trip to the vet, even if just to rule out potential illnesses or disorders.

How To Treat A Hyperventilating Dog?

One of the best ways to prevent hyperventilation in a dog is to make sure it doesn’t get overheated, either by not putting it in a situation where it can do so or to make sure it has ways of cooling itself down.

Another way to try and prevent it from even happening is to take your dog on regular trips to the vet to make sure it doesn’t have any underlying conditions that could be triggered by car rides.

If hyperventilation has already begun, the best thing an owner can do is to remove the dog from the situation, and also (hopefully) the cause.

Whether it’s stress, excitement, or heat, parking the car and making sure the dog has water and loved ones around it can help it calm down and relax so the problem can de-escalate rather than getting worse.

There are even certain treats made for calming dogs down who might suffer from an increased level of anxiety, so keeping those handy could be helpful, although it should be spoken about with a vet at first.

Taking a dog on a car ride can be an exciting time for both of you, especially if your dog has already shown that it loves to be in one.

In some cases, it can be a dangerous situation that leads to the dog panicking or reacting in a way that scares both of you.

In those cases, it’s best to remain calm and learn how to best care for your dog and find ways to help it ground itself and de-escalate the situation.