Having a pet dog can be a fun parenting experience.

Your dog also has a unique personality, and it is like interacting with another person.

However, there are caveats and quirks in owning one, often weird, like the dog screaming for no reason.

Dogs are lovely, but it might get you thinking: why does my dog scream for no reason?

Or are there underlying factors that cause them to act in such a way?

Stay tuned, and we will discuss the six reasons why dogs scream for no apparent reason.

How To Lower Alkaline Phosphatase Levels In Dogs? + Low Acid Food For Dogs

What Are the Kinds of Dog “Screams?” 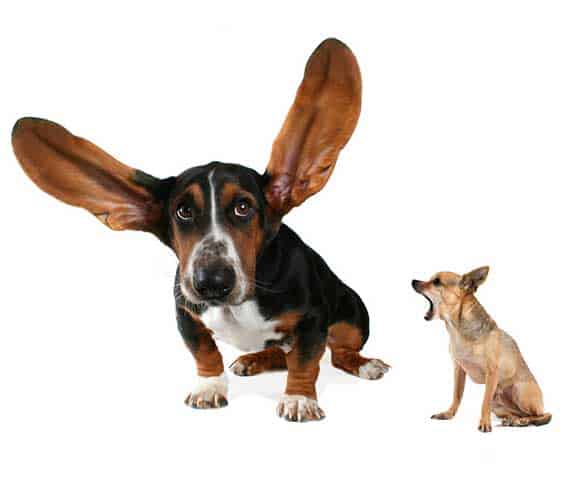 In understanding why dogs scream, we must first look into the most common kinds of screams or sounds dogs make to set a benchmark.

Here are the three most common scream-like sounds that dogs produce:

It is the most common sound dogs make and is often attributed to dogs in popular culture.

Some dog breeds do so assertively, in a low-pitched loud voice, while others are more high-pitched and less intimidating.

It is a unique way to communicate, and interpreting their barks needs both context and experience.

Like when you arrived from work, and they bark at you while wagging their tails, it means they are pleased to see you.

It is one example from a barrage of reasons.

Their whining is also versatility like the bark, but it is often portrayed less powerfully and dominantly.

When your dog does this, it may be for various reasons like asking for food or attention, requesting a walk, but the more common causes are that they feel fearful or pain.

The reason for such sounds is still unknown to people, but it has been previously established that it is their way of communicating with other dogs.

The range of emotions expressed in their howls is still to be discovered.

More often, they respond to high-pitched sounds like sires by howling.

Although unusual, knowing the context can help understand the reasons for the howling.

Six Reasons Why Dogs Scream for No Reason 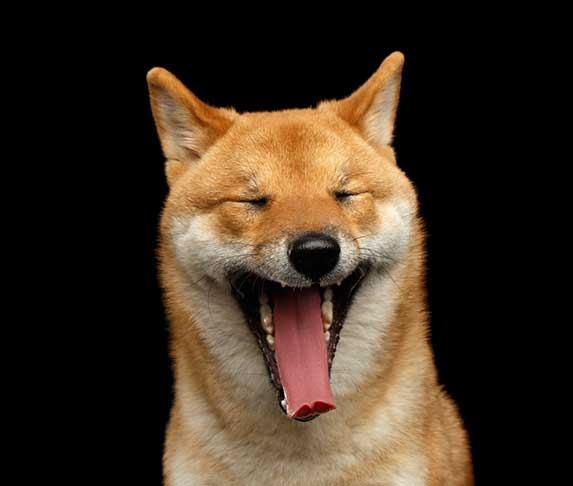 The listed above are the most common screams that dogs make.

But if you look closely, there are underlying contexts required that cause dogs to act in such ways.

Now that we have established different screams let us head on to understand why dogs scream for no apparent reason.

It is the most common reason observed to cause dogs to scream for no reason.

Like humans, dogs undergo stress too. It causes them to act out to release the tension they are feeling within.

Whining in response to stress is their standard defense mechanism to express displeasure.

People might not observe this under their noses because it can happen all of a sudden.

Suppose you are training your dogs, and they deliberately do not respond to your cues and begin whining.

It means that they have reached their stress threshold, and it is bothering them.

It is either you change your ways or do it differently.

It may seem like screaming for no reason, but there is, and humans fail to recognize such.

They acclimate to the pain and continue living as is, but there are instances when they have to express their pain through screaming.

More often than not, whining and yelping are the sounds they do when these instances occur.

For example, your dog has arthritis, and sometimes, standing up can be a struggle that hurts their joints.

They whine loudly in response to this pain, and we might not notice it if we are not attentive.

Some dogs have a low tolerance to being left on their own, especially if they have separation anxiety.

In response to this, dogs often howl to express their displeasure of being left on their own.

It may seem weird and might not be detectable, especially if they do not make much of a fuss when you leave the house.

But underneath their calm exterior, they may be out of control, and they howl to express their loneliness.

When you walk your dogs out and see another Fido walking around, they may express their lack of social skills by whining and acting crazy and awkward.

They whine in the presence of other people or dogs, accompanied by rolling on his back, tucking of the tail, and crouching.

It is his way of showing his lack of confidence.

With proper socialization and training, he can be better at making friends and communicating.

It is perhaps the most stressful thing dogs can experience.

Mental problems like such can cause paranoia and confusion among dogs expressed through their loud wines and uncalled-for barks.

Because of their dementia, they feel lost, disoriented, and afraid, which results in screaming.

Seeing your vet for medications on this is essential.

As mentioned above, dogs howl when they hear sirens or music.

The reason for this is because they want to join in the fun.

Although it may seem weird for pet owners to listen to dog’s howl, make sure to be attentive to the environment.

Listen if there are triggers that cause these dogs to scream along.

And if you notice even the most minute sound they can be howling along to, you will know their reason behind it.

There are always reasons behind the screams of dogs.

However, pinpointing the cause might not be as easy, mainly because there is a language barrier that separates us from the Fido world.

But then again, be keen on the existing context, and you will know their reasons.

It would be unusual for dogs to scream for absolutely no reason. If this occurs, make sure that a vet observes them for more accurate observations.