Does your dog start twerking out of nowhere?

It is not only your dog but all dogs in existence.

It might be very embarrassing especially when you have visitors around and weird behavior but it is normal.

Dogs’ twerking is called Humping. Dogs have always humped, on each other, on inanimate objects and any object that they find.

There is a misconception that female dogs do not hump, this is false. Both female and male dogs hump as normal behavior. They hump for a myriad of reasons.

Here are some of the reasons why your dog twerks and more information about it.

Reasons Why Your Dog Twerks 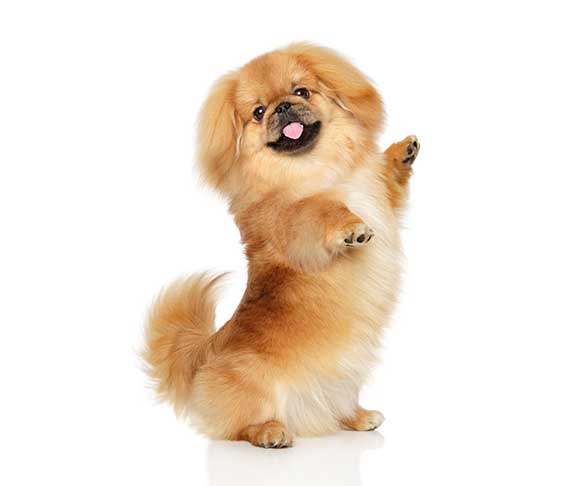 Both male and female dogs hump on people, objects, and other dogs.

As you may perceive, humping is often a sexual behavior.

When it is sexually motivated, it is normally accompanied by flirty body language such as pawing, play bows, raising its tails.

According to Dr. Reid, humping is part of dog play.

However, some dogs that are under socialized or poorly socialize will mount on other dogs responding to play solicitation.

They do not know how to play and easily get over-aroused.

Twerking is a natural response to an exciting or tense situation.

When a dog meets a new person or dog, its first response is usually humping on the person or dog or a piece of furniture.

The most common reason why your dog will be trying to hump on another dog is that they are trying to assert dominance.

These dominant behaviors occurring in female dogs are mostly because of pre-natal masculinization.

Pre-natal masculinization happens in mammals when they give birth to more males than females in the litter.

Although, there is no way to be certain that there has been prenatal masculinization.

Unless the history of the dog’s breeding has been reviewed by his vet.

Twerking becomes a compulsive disorder when it is done frequently as a response to a particularly stressful situation.

Just like all other compulsive dog behaviors, humping can interfere with the normal functioning of a dog.

As a dog owner, you do not want that.

Can Dogs Understand Each Other When They Bark?

When dogs do not get enough affection and exercise they will start twerking around the house and mounting onto people, objects, and other dogs to attract more attention.

According to dogs, they would rather receive negative attention, such as being told no, rather than receiving no attention at all.

Continuous twerking or humping may be a result of medical issues.

These medical problems may include; incontinence, urinary tract infections, priapism, and skin allergies.

Ways To Help Your Dog To Stop Twerking 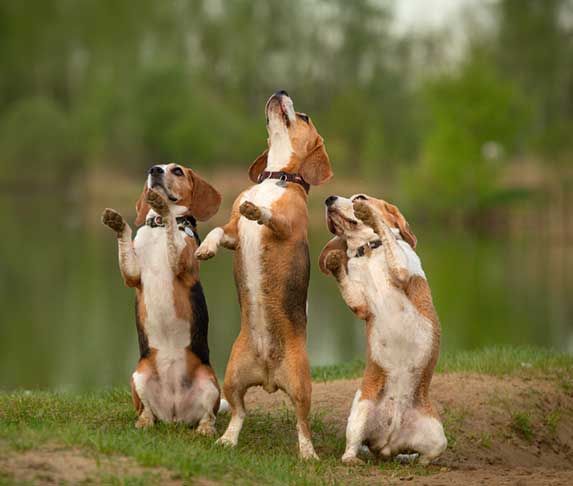 Twerking is a normal behavior of dogs.

Although, it can be embarrassing, annoying, and a bit disrespectful when he/she tries to hump in a visitor or on a stranger’s dog.

If your dog is big it could easily hurt a small dog if it humps on it.

The following are the ways you can follow to help stop your dog from humping.

This helps to reduce their humping desires on other dogs.

This may be important especially if she often does this when she is in heat or if male when he is near other female dogs.

Neutering male dogs does not necessarily stop the humping behavior.

But it will reduce the behavior especially when it’s triggered by a female dog.

As a dog parent, you should study careful your dog’s signals.

When most dogs want to hump, they move close to the object, person, or dog, they start panting, pawing, or whining.

Distract them using a toy or instruct them to sit, lie down or shake their paws.

Such distractions will make them forget about the twerking.

As part of training, train your dog a command to leave other dogs, objects, or people alone.

As soon as you detect that he may want to start humping, you command them to stop and reward him with a treat when they do as expected of them.

In case he does not obey your command, remove him from the place entirely.

When your dog starts humping as a continuous behavior you should prevent the behavior as early as possible.

You could start by putting him inside a crate when visitors arrive and/or ignore him when he starts.

Just like a small kid, when you entertain and give attention to bad behaviors that they do, then they will keep doing those behaviors.

However, since humping may be a result of not receiving enough attention or exercise, make sure you attend to your dog’s physical and emotional needs.

If the dog’s humping is not normal, that is, it is compulsive or very aggressive.

It is important to get advice from an expert because the humping may be a result of other attention-seeking and destructive behaviors.

Humping could also be a result of a medical issue.

Humping is a symptom of dog medical problems.

If it is continuous and the dog does not seem to stop after trying all the above methods, it is advisable that you visit a veterinarian and get them checked.

It is normal for dogs to twerk or hump, to express excitement, for sexual reasons, or to get attention.

But, humping may be very embarrassing and annoying, especially in public or with visitors around.

It is important to help your dog stop his humping behavior as early as it starts.

If they seem unable to stop, taking him to an Animal Behaviorist or a Veterinary and get him checked.

It may be out of a disease or too much aggression and attention-seeking behaviors.