If you want an affectionate and laid-back cat to call your own, you have to get yourself a flame point ragdoll cat.

Flame point ragdoll cats come in five main colors. They are the standard flame point, the flame lynx point bicolor, flame lynx mitted, flame lynx colorpoint, and the seal flame bicolor torbie ragdoll cats. The disparity in coat color does not change the friendly and affectionate nature of the cat.

A ragdoll cat is one of those felines any pet parent would love to own.

Their gentle and laidback nature is completed by their exquisite coat color and variations. 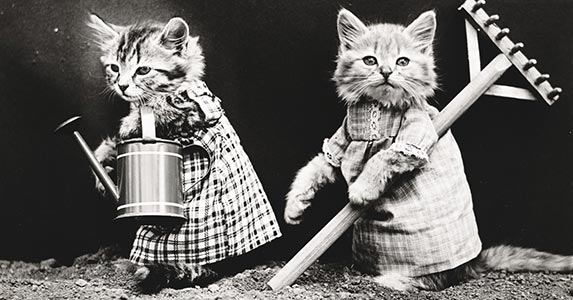 The flame point ragdoll has a quite interesting background.

The first flame point ragdoll kittens were born in the 60s by a cat enthusiast known as Ann Baker.

A domesticated long-haired white tabby was rescued from the streets and through it, the generation of ragdoll cats was born

The first Ragdoll cats were a product of a stray longhaired female cat.

Soon the ragdoll cat got introduced all over Europe from the UK.

The seal point ragdolls had a color ranger of dark brown to black.

Ragdoll breeders continued to experiment until they discovered the flame point ragdoll feline.

The Cat Fancier’s Association or CFA describes the flame point ragdoll as a ragdoll with a coat color ranging from dark red to light orange.

The red or orange shade is concentrated in areas known as points.

Points are color markings found in the paws, tail, and face (or mask).

The rest of the body is usually a cream white color.

How many flame point ragdoll cats are there? 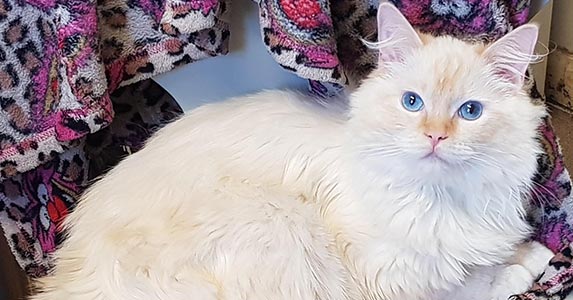 This is the standard flame ragdoll that gave birth to the other types.

It has a cream-white body with a dark orange face known as a mask.

The tail has a dark orange hue as well.

The body is white to creamy white and the orange hues are concentrated on the tail and mask.

This one looks just like the flame point bicolor but with the addition of mitts around its legs.

The main coat color is white and features dark orange points on the mask and tail.

The legs are orange with white accents known as mitts.

This is by far the most loved cat of the flame point ragdoll varieties.

This is because of their rich deep orange patterns (or hues) on the tail, mittens, and mask).

The rest of the body is a creamy white color that accentuates the deep orange.

This cat lives true to the name Orange ragdoll cat.

The seal flame point ragdoll boasts of an exquisite balance between bright and dark colors on its coat.

The cat has dark brown bicolor or patterned markings on its main coat.

This dark brown hue is on the seal points as well which are the tail, legs, and bits of the face.

Other Facts about the Flame point ragdoll cat

A flame point ragdoll is a large-sized cat.

Flame point ragdoll kittens can grow up to 28cm in height and weigh as much as 19 pounds.

Also, this particular cat has a longhaired cat that is as silky as a rabbit’s coat.

You need to brush it regularly to prevent matting

The temperament of a ragdoll is one every pet owner wishes their cat would have.

Flame point Ragdoll cats are just like dogs in the devotion they show to their humans.

They also like following you around the house and would not pass up the chance for play.

A red or orange ragdoll cat is very docile and quiet.

They get along with strangers and love other pets.

One more thing, a ragdoll cat loves to be held so they make the best lap animals for kids and aged people.

Brushing the coat twice a week with a wide-toothed comb will straighten the strands and remove pet dander.

A ragdoll cat has no undercoat so you will not worry about them shedding a lot.

How often should I groom my ragdoll cat?

Ragdoll cats love to groom themselves clean. You only need to brush their coat regularly to prevent any matting. Bathing them once a month is enough to keep their coat clean.

How much do flame point ragdoll kittens cost?

Flame point ragdoll cats are carefully bred to maintain their desirable patterns or markings. The ragdoll breed, especially the flame point ragdoll cat, is very rare too. They are thus a bit more pricey compared to other pedigree cats like the Persian and Maine Coon cats.

How long have ragdoll cats existed?

Ragdolls go as far back as the 1960s. A longhaired street female cat was bred with a long-haired cat with mittens. The result was the first set of ragdoll kittens.

All ragdoll cats are descendants of the Persian-Angora cat. This longhaired breed was crossed with a variety of Birman cats to produce the ragdoll. The first Ragdoll cats were docile and very affectionate felines which encouraged breeders to experiment with the breed more.