Since dogs are not humans, they cannot think like humans.

Dogs discover their outside world through what is called classical conditioning.

While human beings use words and gestures to communicate, dogs rely on;

Dogs have a strong sense of smell that is 10,000 times better than ours.

What’s more, dogs can move their nostrils individually to determine where the scent is coming from.

Interestingly, dogs can catch scent with their tongues too.

They direct the scent to the upper part of their mouth where the olfactory sensory neurons are located.

These neurons turn the scent into signals that are sent to the brain.

The brain interprets this signal and influences how a dog responds to the registered scent.

A dog knows how to think and act based on how they process scent.

Sniffing at another dog’s rear passes the message that “I am friendly”.

The scent of kibble means lunchtime while the scent of your dirty laundry means knowing you personally.

Dogs can detect cancer cells with their powerful noses too.

The scent is to a dog what words are to humans.

Do Dogs See Upside Down?

Dogs use visual cues to understand humans. It is easier for a dog to learn a hand gesture than a spoken phrase. For instance

Dogs use visual cues to communicate with humans as well.

A dog will scratch at a door looking at the doorknob to mean he wants to go out.

Sniffing and pacing around a cupboard could mean he wants his kibble.

A golden retriever could bring a hand mitt to you when it is grooming time.

Dogs can decode sounds from objects as well as the tone of our voice.

A puppy that is not socialized to sounds will be fearful of loud noises like those from fireworks.

A dog may not know what “come here” means.

But the cheerful tone of your voice when uttering those words compels them to come closer.

What Language Do Dogs Think In? 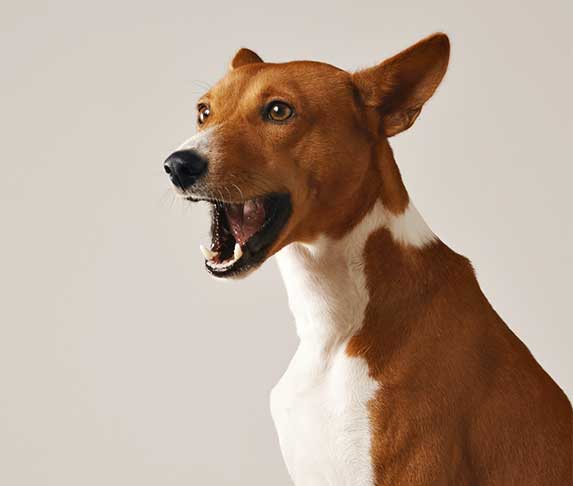 What language do dogs think in?

Well, dogs do not use thought as we humans understand it. As mentioned before, they use their senses and the cues they get from these senses.

A dog’s brain processes information at a more basic level than that of a human, and their perceptual system gives them experiences that we cannot even begin to imagine.

You may also ask, “do dogs think like humans?”

Even though we cannot ask them what they perceive or how they experience the world, their behavior tells us pretty clearly that their sensory perceptions and emotional states are different from ours in some important ways.

So, do dogs think like humans? Kind of, but not really in a way that we perceive.

It is obvious that they do not share our language, but they do have their own way of communicating with us.

For example, when a dog’s tail is wagging at the tip, it means that he or she is happy and excited about something, but if the tail is not moving in this way you can be sure that your dog isn’t feeling good.

So, no matter how much we want to communicate with our pets in human words, it will not work because there are certain things, they can understand better than others 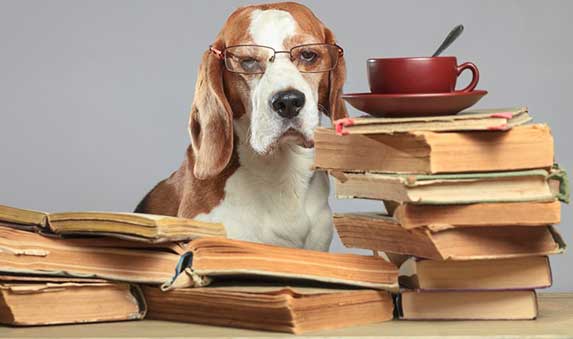 Dogs do not learn scent, visual, and sound cues immediately.

They interpret these cues over time through what science calls classical conditioning.

For example, when a dog sees its owner holding a leash it knows it is going out for a walk.

Scent, visual, and sound cues have to be repeated gradually for a dog to learn how to respond to them.

That is how dogs can think without using any language.