Sniffer dogs are very important when it comes to the police force.

They are dogs that are trained to use their sense of smell to help the police track and detect illegal substances at borders, customs, and any other place that needs that particular search done.

Sniffer dogs have a very strong smell, stronger than humans, thus can detect various drugs in people’s luggage or belongings.

They get trained by dog trainers to become part of law enforcement especially when it comes to narcotics.

Naturally, LSD has no smell and is found in very low concentrations for it to be detected.

In some cases, the highly trained dogs can be able to tell acid tabs but in very specific situations.

The above is because as said above, sniffer dogs are usually trained to smell individual odors.

This means that the chances of them smelling LSD are low unless the sniffer dog was trained to smell and identify a particular chemical impurity in narcotic drugs.

This all means that getting sniffer dogs to smell acid tabs is a bit difficult unless they are specifically trained to handle the detecting of acid tabs.

Are dogs trained to sniff out acid tabs? 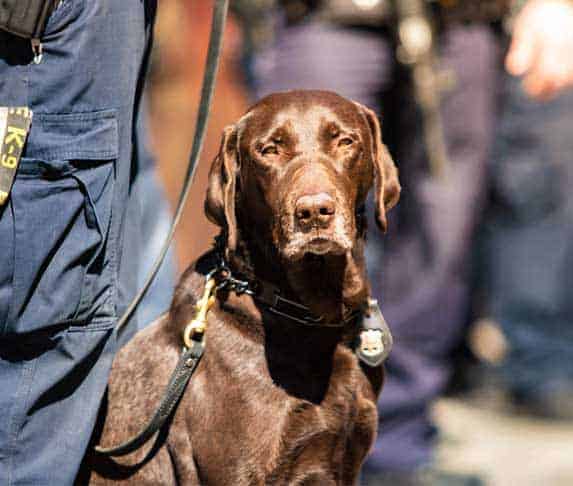 Dogs are normally trained to detect common narcotic drugs that have flooded the market illegally.

LSD is very rare and not as marketable as other hard narcotics such as heroin.

This means that training sniffing dogs to detect LSD is usually considered not financially viable.

It is more of a waste of resources especially due to the low concentration of acid tabs.

Thus making it hard to convince the department that it makes sense to train sniffer dogs to detect a drug that is rarely detectable.

With the above information, it will also seem like a waste of effort and time.

This is because it takes a lot of effort to get dogs to be able to detect drugs.

This is because it’s not only one drug they are getting to learn and the learning process is not that fast either thus requires a load of patience.

Why is it difficult for sniffer dogs to detect LSD?

LSD, which is an acronym of lysergic acid diethylamide, when in its purest form has no smell.

Especially when it is in its liquid form hence it becomes a clear odorless and colorless liquid.

This explains why it is very difficult to detect LSD; dogs usually detect narcotic drugs by their sense of smell.

It becomes difficult when the drug being sniffed out has no smell.

How is LSD taken into the body?

The LSD in liquid form is usually applied on a piece of blotted paper.

This paper is then put on the tongue.

The LSD then travels into the bloodstream through the membrane which is then blotted paper.

However, this should not translate into the fact that sniffer dogs cannot detect LSD.

They can detect it through cross-contamination as said above and the smell of chemical impurities from the manufacturing process.

Dogs are trained to identify unusual smells and thus the LSD may give off such scents that the sniffer dog is not used to.

They will then alert the police officers who will then proceed to go through the stuff that the dog had just sniffed.

My Dog Ate Borax Ant Bait, Urgent Steps to Do

How are sniffer dogs trained? 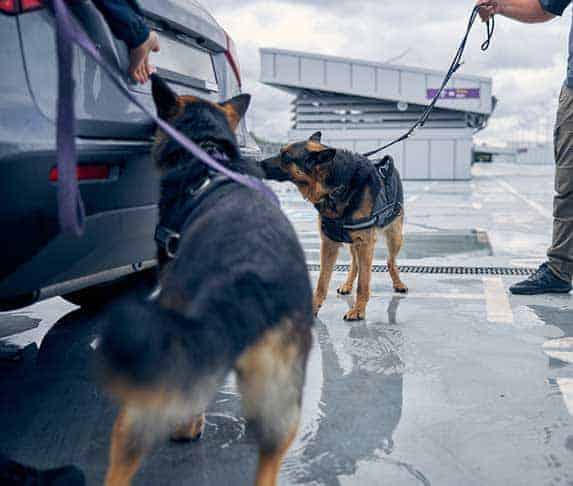 Dogs can be trained to be able to tell anything by their sense of smell.

They tend to be super focused and efficient at their job.

They are more accurate than manual screen tests and are always at least 90% right.

So how do the sniffer dogs get trained?

First of all, it is important to note that the only way to get the dog to learn how to sniff out anything, in this case, narcotics is to make the training process fun.

This is normally done by using various toys and sweet treats.

The training process then starts in the following manner:

Usually, they get used to the process so once they pinpoint the location of the drug.

They sit down and point their snouts to where the smell is coming from.

Most dogs’ breeds can be trained to be sniffing dogs but the particular favorites are German shepherds and Beagles.

Training a sniffer dog is difficult but in the long run, it’s well worth the effort.