Husky growl out of pain or pleasure.

This snarling behavior can be directed at strangers and even you the husky owner.

If you are worried the husky growling can morph into full-fledged aggression, then keep reading.

If you notice your Husk growling a lot, it is probably that he feels afraid or threatened by his immediate environment. Growling or snarling is a warning sign not to take any of its prized possessions. Husky snarling may also stem from pain or a dominating nature.

“How do I stop my husky growling all the time?” is a question most Husky owners pose to vets or online dog forums.

You are worried that the constant Husky snarling or growling will eventually turn into painful nips.

But why does a husky growl or snarl in the first place?

Getting to the root of it will help understand the growling behavior and how to successfully stop it.

Huskies growl for any of these reasons; 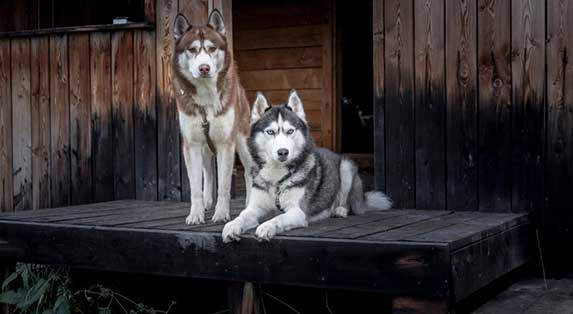 It is natural for a Siberian Husky to defend its place and possessions.

Going back in time, Huskies lived in the wild with the Chukchi tribe.

They were originally bred for hunting and maintaining low and order in the wild.

At one point, the Siberian Husky got crossed with a wolf Producing a Wolfish Hybrid.

You can understand where this defensive aggression comes from.

It is in their instinct to protect what they treasure which includes their toys, feeding bowls, food, kennel, and blankets.

A Husky would also growl at anyone who tries to mess with its beloved owner.

When your husky growls at you for trying to take away its bone or toy, they are not being mean- it is a natural defense mechanism.

But it may be important to train a Husky out of the growling habit.

If they learn that growling makes you back away, they will use it on just about anything; even stopping you from leaving the house.

Husky growling out of fear 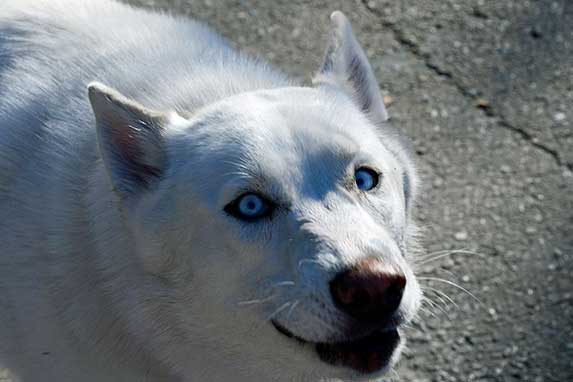 A Husky that does not feel safe in a situation will growl to tell any intruder to back off.

Growling and snarling could also be an aggressive behavior picked up from a traumatic past.

If you adopted a rescued Husky, chances are that he was abused in his former life.

The husky will grow when it does not understand its immediate situation.

This aggression may show during the first days or weeks after adoption and gradually stop when the husky feels safe in its new environment.

But what happens if snarling out of fear does not stop?

Training the Husky out of the unpleasant behavior will work here.

If aggression continues, you may have to hire the services of an animal behavior expert.

Golden Retriever Puppies Sleeping So Much – Know The Reasons 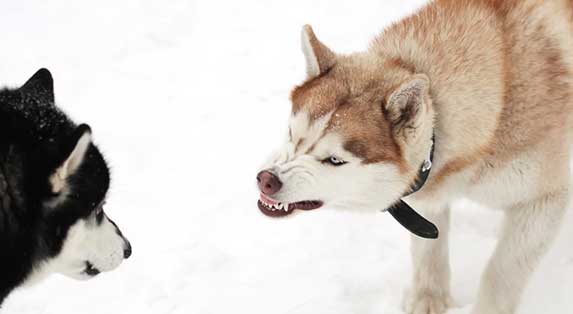 Rewinding to the past again, Huskies survived in packs led by a dominating canine.

Perhaps your Husky was born with this dominating quality in him.

He sees himself as the alpha and considers everyone around him his subject.

If your husky is an alpha, growling would be the least of your problems.

He will have a hard time submitting to your authority, especially if you did not establish dominance from the beginning.

In such a case, you will need to get someone else whom the Husky will see as an authority; a professional dog trainer and handler would do. 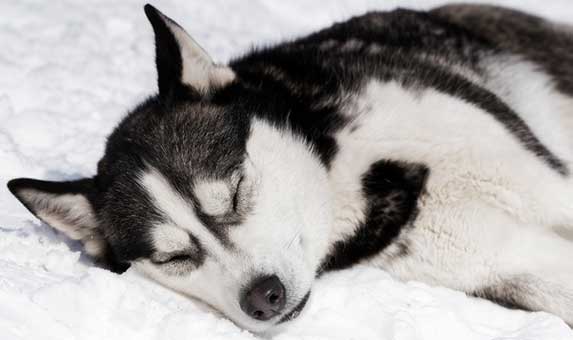 An injury to the head, limb or any part of the body can make a Husky cranky.

In the wild, a Husky that lost in a pack fight would isolate itself to lick its wounds.

In case an intruder finds him at this vulnerable state, the husky will grow aggressive to show strength; even though he is weak.

Expect your Husky to behave the same way if he is in pain.

This would cause more pain which a Husky knows very well.

A professional vet would help sedate the animal so they can attend to him better.

Pain can be from a deep cut, an abscess from infection, or a fracture to the limb.

Whatever is causing your husky pain and discomfort, a trained vet will help you find out.

How to train a Husky to stop growling

If husky growling is a habit you do not want to encourage, you have to correct it while he is still a puppy.

For a full-grown husky, a professional dog handler has more experienced on how to train the dogs.

1. Start by having a tasty treat your husky loves.

This helps distract the husky from the object he is defending.

2. Place the treat before him and let him come close.

As he reaches for the treat, reach for his toy or bone and take it

3. Return the toy to the husky and repeat this process again

4. Soon your husky understands that taking his favorite object away earns him a tasty treat

5. This will slow down the aggression

Husky snarls or growls when they feel threatened, are establishing dominance, when sick or in pain.

If the Husky growling habit caught you by surprise, there are ways to train him out of it.

Do not shy off from seeking professional advice especially if you are raising a dominant Husky.

How do I know if my Husky loves me?

The legendary Husky face licks are a sure sign that your pup loves you. Some dogs would just stare at you to acknowledge your presence. A Husky can also gently take your hand in its mouth without biting you. They do this to show they are harmless and actually like you.

Though they look like wolves, Huskies are descendants of purebred canines. But at some point in history, the Husky was cross-bred with a Wolf. This practice died out because the resulting offspring was too aggressive for domestication.

Why does my Husky puppy growl when playing?

It is common for Husky puppies to growl while playing. They are just excited to have fun and growling, in this case, is harmless. But when your puppy Husky growls and has a mean demeanor, it could be the onset of unwanted aggressive behavior.

Why did my Husky start growling after having a litter?

A female Husky growling is out of her maternal instinct. She must protect her litter and anyone who draws near is a threat; that may include you. Find an isolated place where your Husky can nurse the litter with minimal disturbance.