It is one thing for your dog to be goofy.

But if your doggo is always doing dumb stuff, maybe it is time to reevaluate his behavior.

If you have one day thought to yourself “My dog is dumb”, then keep reading.

Dogs act dumb if their owner encourages the behavior. A dog may also appear unintelligent if he has not received training or training did not work for him. Other reasons why a dog may look or act dumb is if they are reacting to a strange diet, it was not properly socialized, or it is in their gene to be dumb.

Why is my dog so dumb? Maybe it is not a question of the dog being dumb but why it is acting dumb.

Dogs can act dumb for various reasons, one of which may be direct encouragement from their owners.

To clear the air, dogs act dumb out for the following reasons:

What we consider dumb dog behavior is a case of low IQ.

it is true that some dog breeds are more intelligent than others.

Breeds like the Poodle, German Shepherd, or Doberman are intelligent breeds with high IQ.

They learn fast in training and retain memory better.

Intelligence in dogs depends on breed, training, and early interaction with humans and animals

A dog breed like the bloodhound makes great search and rescue dogs but they have very low IQ.

other dogs with low IQ include;

Beagles are exceptionally stubborn when it comes to training.

Establishing authority and consistency is the only way to successfully train them. 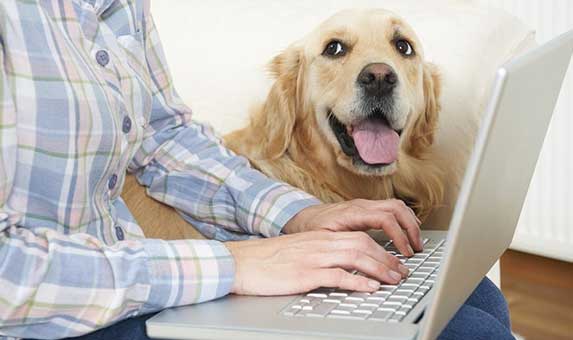 Perhaps you are mistaken to say “my dog is dumb”.

The real reason your dog does not show intelligence is that he is not trained at all.

Training is the only way to bring out the best qualities in a dog.

Training challenges a dog’s IQ and ability to retain command.

Your dog could be the smartest pup in the world, it is only that you did not let him attend dog school.

This harms his lifestyle and well-being

For example, an untrained German Shepherd, who is one of the most intelligent dog breeds, can easily adopt a habit of incessant whining.

Lack of training can also manifest as excessive aggression towards other pets.

Dogs with high energy levels may end up being destructive by chewing everything in your house-including your precious remote. 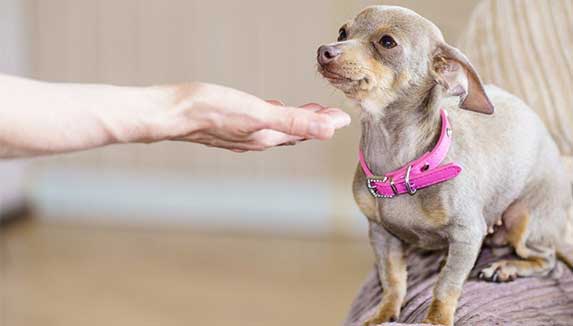 Your dog could have received training but not the kind that fits his intelligence and breed.

Also, it may be that commands were not made clear to the dog during training.

Or the commands used were too complex or confusing for the dog to grasp.

Humans see dogs that are difficult to train as ‘dumb’, but that just isn’t true

For instance, dogs respond to one-word or two-word commands better.

A command like “Sit” is easy to remember for a dog.

But a phrase like “sit down now” is too complex even for the most intelligent dog to grasp.

Or maybe you were confusing the dog with commands.

Mixing up the command “Sit” with “Lie down” will only get your dog puzzled.

Pick one word for a command, use that same word consistently in training.

Every dog needs early socialization to people, things, and places.

Socialization teaches a dog how to interact with the outside world.

If a puppy misses the vital stage, it will struggle to fit in even when it becomes an adult.

Why is my dog so dumb around other people and dogs?

It is because he does not know how to relate to them.

Exercise is important for every dog.

It is a way of releasing pent-up energy while stimulating the mind and body.

A dog that is not exercised every day will develop a menacing behavior.

This is why Bingo bolts out the door into the streets whenever you open the door.

It is the reason why he pees on your clothes or knocks over everything in your home.

A high-energy dog like Siberian Husky might develop a growling or bullying behavior towards everyone including their owner.

A well-exercised dog is a happy dog.

Exercising not only trains your dog on how to behave it also establishes you as the authority they need to obey.

Combining exercise with training will yield a well-behaved pup.

Puppy Potty Training Regression – How to Manage It?

Ever considered if your dog’s dumb behavior is due to a physical defect?

One such defect is deafness in dogs.

A dog is either born deaf or grows deaf after an injury or infection to the ear.

Maybe your dog is partially deaf in one ear and struggles to hear you call him sometimes.

It could also be a neurological disorder you know nothing about.

An underdeveloped spine or injury to the spine can result in life-long symptoms that include mental incapacitation.

Your dog may also be suffering from a neurological disorder if he exhibits any of the following symptoms;

Maybe your dog is not dumb. It could be a lack of purpose due to improper or zero training.

If your dog is not properly socialized, exercised, or has a neurological issue, it could be the cause of him acting dumb.

Which dogs are the dumbest?

The Afghan Hound is considered the dumbest dog. Other dogs in this category include the Beagle, Bulldog, Bloodhound, Mastiff, and Basset hound. What humans consider dumb is low-IQ in dogs.

Which dog breeds are the smartest?

Dogs with high IQ include the Border Collie, Poodle, German Shepherd, Doberman, and Golden Retriever. These dogs are considered wise because of their trainability and ability to grasp and retain commands.

How smart can a dog be?

Animal experts say that a dog with a high IQ is capable of understanding 250 unique words. Dogs can also count and solve simple math problems. Dogs bred for hunting or herding tend to be the smartest of breeds.

How can I make my dog less dumb?

Your dog may not be dumb per se but just undertrained and under-stimulated. Dogs with lower IQs may also take time to grasp basic commands. Using positive reinforcement, less harsh words, and lots of patience is the best way to train a dog to be wise.