Animals have their way of expressing themselves.

Memes of the 21st century have given birth to several unique animal expressions people now universally use, like “mlem,” “sploot,” and “zoomies.”

Another way for dogs to express themselves is through a behavior called “blep.” There are several underlying reasons behind this peculiar dog behavior, and we will aim to revisit each one in this article.

Blep is the charming event when dogs, or cats, fail to put their tongue entirely back in their mouths, causing the tip or half of the tongue to stick out.

Dog enthusiasts have campaigned to call the phenomenon “blop” in dogs instead of the original blep in cats.

Either way, if Merriam does not list it as an official word and gives it a distinctive ruling, then using whichever is acceptable.

This urban pet niche terminology should not be confused by the similar behavior called “derp.”

This is also characterized by the sticking out of the tongue but is more of confusion and bewilderment than blep.

Blep is undoubtedly not a new observation among dogs, and perhaps you have also seen your pets go on a full blep occasionally.

But it still begs the question ‘why do they do it?’ and illuminates the subject in the following narratives.

Uncovering The Reasons Behind Blepping

There are various reasons behind this cute behavior, but the reasons may not be as harmless as you think.

Keep on reading, and we will enumerate the reasons below: 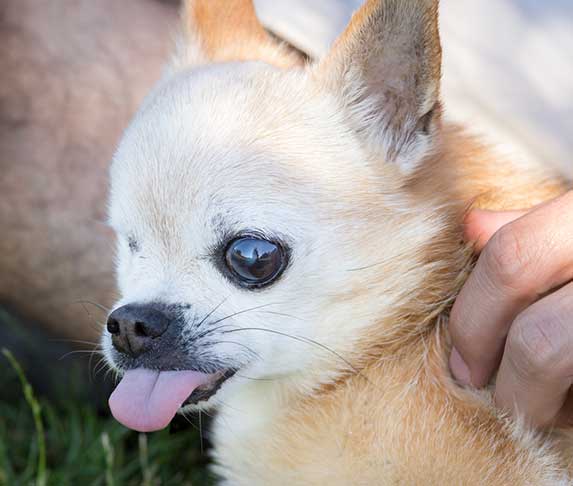 Imagine being so relaxed that you subconsciously do things that reinforce that relaxation.

Dogs can also have these moments, and it is the most genuine reason behind their blepping.

When it is a sunny day outside, and the family is out on the porch chillin’, you might notice your sleeping dog next to you.

Or after they have played to their heart’s content and are lying beside your feet.

They can exhibit blepping as a form of relaxation.

They are not aware of this, neither do they control their tongues to get a portion out in the open.

It is simply a product of pure bliss and relaxation.

2. Their Mouths Are Too Small For Their Tongue

Another reason that we cannot pin on anything else, but their very own breed and anatomy are this — having mouths too small to accommodate their tongue.

It is often observed on brachycephalic breeds or dogs with short snouts.

Their mouths might not have an ample amount of space to keep their tongues inside, especially in subconscious moments.

Some examples of these types of dogs are:

3. They Are Cooling Themselves Down

One way for dogs to rapidly decrease their temperature is by exposing their tongues, in addition to dipping in the pool or having a drink of water.

It is the most likely reason for their blep.

Exposing your tongue or a portion of it helps in evaporating saliva from its surface.

It creates the cooling and soothing sensation that dogs love.

It is more commonly associated with panting and breathing through their open mouths.

4. They Have Hanging Tongue Syndrome

This condition means precisely what it is called.

It further gives a clear-cut definition that blepping may be a subconscious deed of dogs.

And is influenced by morphological or genetic factors causing the behavior.

It can potentially lead to not only occasionally observed blep, but indefinite periods of their tongues exposed.

5. It Is Genetic Or Breed-Specific 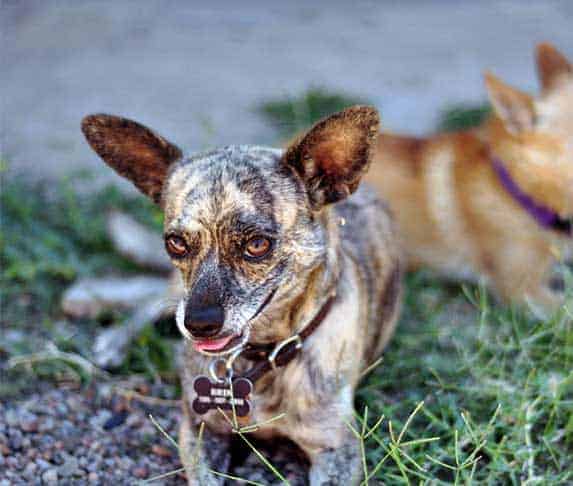 As mentioned above, brachycephalic breeds or dogs with short snouts and “smooshed faces” are often observed to have their tongues out.

It is because their oral cavities are incapable of storing the entire width of their tongue.

Sometimes, dogs suffer from abnormalities in their jawbone, which renders them incapable of keeping their tongues inside their mouths.

It might be in-born or caused by a fracture or dislocation from an accident.

Why Can’t Dogs Land On Their Feet?

Missing teeth may be avenues for dog tongues to stick out, which may seem like a blep.

This gap opens a passageway for their tongues to exit, which mimics a blep or a derp.

This condition is not necessarily life-threatening to dogs.

However, too much exposure of the tongue to the atmosphere causes all the moisture to be dissipated.

It can cause the tongue to suffer from cracking and dryness, like charred lips in humans.

When it comes to this point, it can lead to a cascade of other problems.

8. They Have Some Dental Problems

Aside from Hanging Tongue Syndrome, other dental conditions may cause blepping to be observed among dogs.

Below are some of the dental problems dogs might be infected with, causing the tongue to stick out:

It is the swelling or inflammation of the tongue.

It is not necessarily a disease, but a possible reaction to a dental illness like mouth ulcerations.

Another reason might be gingivitis (inflammation of the gums) which is a disease-causing swelling around the gingiva or the gums at the base of the teeth.

It is the swelling of the lips. The exposure of the lips to the sun might create painful sensations for dogs, causing them to cover it with their tongues, mimicking a blep.

This often caused by a parasitic or bacterial infection or the transfer of bacteria from dermatitis to the lips if dogs keep licking the infected skin.

The inflammation of soft tissues in the mouth includes the tongue, gingiva, and lips altogether.

Dogs have their way of expressing themselves and are usually observed through their behavior.

One of which is blepping — This cute imagery may seem like a harmless, subconscious deed, but many factors can cause such.

It is our responsibility to know and be familiar with the health of our dogs.

If you observe blepping, coupled with a sudden change in their behavior, make sure to consult a vet to ascertain the situation.