Remember those funny videos you see on the internet where ducks and dogs sleep together, play together, or even go on walking beside each other?

That may look like an isolated case, but is there a level of affinity coexisting between these two species?

Ducks and dogs do not seem like the ideal pets to live near each other. Ducks are known to be sentient and peaceful creatures while dogs, well, they are born hunters. But why do dogs like ducks? Or do they? Maybe. There is a chance they do.

Let us explore this in the following narratives

Before understanding any possible relationships that might build up between dogs and ducks, there must be an understanding of each’s personalities.

They love to live with their kind, called a paddling.

They usually mind their own and feed on insects and grass while they chill with their gang or walk around the backyard.

The only downside with them is they love puddling on wet soil as a form of playing.

Moreover, when you have crops planted or have a garden filled with innocent plants, better not have ducks wander there as they will consume it to feel satiated.

Ducks will also not give much attention to other animals within their enclosure as long as they leave them alone.

They would even appreciate the extra protection offered by these animals against potential predators around.

The personality of dogs is unique to each breed.

It means that whatever breed they are from highly influences their characters, but upbringing plays a role in this matter.

Generally, there are six characteristics of dogs that vary for each species: Playfulness, curiosity/fearlessness, chasing-proneness, sociability and aggressiveness, and shyness/boldness.

Some can quickly adapt and make friends with other animals besides themselves.

In contrast, others may need some adaptation before a positive association takes place.

How Do Dogs Make Friends with Other Species? 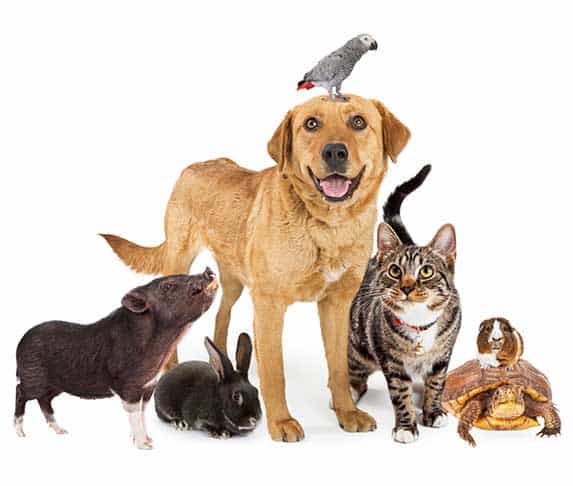 Interspecies friendships are the cutest animal stories there are.

Just seeing a dog get along with others would be amazing and astonishing to look at.

But that does not come naturally.

The truth is the friendship between dogs and ducks is a possibility.

But there is some level of criteria needed to be met to achieve this:

For the many years that dogs have been bred from wild to domesticated species, there is one unspoken and underlying reason behind it.

People will want friendly and playful dogs that bring their personalities from puppyhood to adulthood.

It is called neotony or the retention of juvenile characters to persist in their adulthood.

When your dog’s breed belongs to the neotonized, they are likely to develop an interspecies friendship with other animals, including ducks.

Common traits of neotonized dog breeds are the following:

2. Dogs develop a friendship with other younger species

Even if you have non-neotonized dogs with you, there is still the possibility of them developing a kinship with other species as long as they are considered young.

Younger animals of all species produce pheromones that publicly declare “we are babies.”

When dogs pick these up, they might develop protective instincts towards these species, thereby giving them a reason to protect them and not eat them as prey.

When this happens, developing a genuine bond with the dog is possible as the hatchling grows into a fully mature duck.

3. Dogs become friends with those they grow up with

It is perhaps the oldest and the most common reason behind interspecies friendship.

Dogs were not forced to like each other but have naturally grown in the presence of each other and have developed long-lasting friendships from the beginning.

When this happens, the friendship is borne not out of later personalities but in their earliest social development stage.

Whatever character they develop after that will be overruled by this friendship.

With those premises provided above, do dogs like ducks, or will they get along? 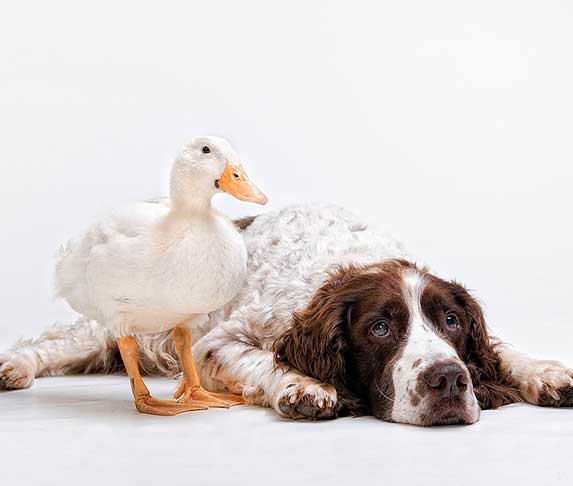 To be blunt, dogs will typically chase after ducks and even try to eat them.

Unless the dog has been highly trained and socialized since birth, they will have a healthy respect for other species.

Here are some species that have high prey drives which will likely chase ducks:

If you happen not to meet any of the criteria provided above, then do not fret because dogs may still develop friendship or respect for ducks, and vice versa.

Like how normal friendships go, you will have to introduce each other first before they become associated. If it were as easy as a shake of the hand, then every species in the animal kingdom would have been friends, but that is not the case.

Here are some essential tips you can do to create a friendship between dogs and ducks finally:

The introduction and the development of the friendship do not come in a day.

It will take a slow and gradual process for this friendship to develop.

But make sure to do it with your supervision so the dog will not try to do anything harsh, or in extreme cases, deadly.

Ideally, there must be a fence between them to ensure the best level of protection.

2. Use commands and rewards to enforce friendship properly

The dogs are the ones to look out for in their relationship, not the ducks.

If dogs understand basic commands, then it will be easier on your part to command dogs.

If not, then it will be more challenging.

When dogs obey your simple “stop” or “leave it” commands, then a reward will be nice to condition them better to leave the ducks alone.

If it is too much to handle on your part to let them be associated, seeking professional help is not bad.

The point is that this can take from weeks to years before friendship or mutual respect becomes established.

For the time being, do not leave your dogs unattended.

Eventually, they will soften up and become the friends you want them to be.