Nothing is as cute as a tiny fluffy puppy flaunting her adorable floppy ears.

What’s more, their droopy ears complement their exquisite looks even in adulthood.

And if you are looking for dogs with floppy ears, here is a comprehensive list for you.

Floppy eared dog breeds were previously used for hunting. Their droopy ears are a result of a mutation in the ear cartilage. Today dogs with floppy ears are more popular for their unique looks rather than hunting skills.

Dog ears come in all shapes, sizes, and colors.

Floppy eared dog breeds were a result of targeted breeding by early humans.

While the droopy ears were solely for helping the ancient manhunt and survive, today floppy ears are an item of ostentation

Floppy eared dog breeds are highly sought after by canine lovers looking for specific traits in their fur babies.

What causes floppy ears in a dog?

Dogs in the wild were all born with erect and alert years.

This feature improved their ability to detect even the faintest of sounds.

Moving the ears to front and sideways helped the dogs to accurately judge where a sound is coming from.

Having erect years was a matter of life and death for wild dogs.

But humans stepped in and changed everything through cross-breeding and selective breeding.

Hounds are notorious for spotting the floppy ear.

This is because they were bred to help humans track and hunt prey in the wild.

Besides the floppy ears, these hunting dogs were bred to have slender streamlined bodies for speed and agility.

Soon enough, dogs with floppy ears were a subject of ostentation rather than spotting.

In some dogs, breeders found ways to reduce the face and body allowing the large droopy ears to stand out.

Enough of the history lesson.

Let’s dive into the 10 exquisite dog breeds with floppy ears.

This listicle explores small to medium-sized dogs with floppy ears. There are large floppy-eared dog breeds, like the Afghan Hound, as well. 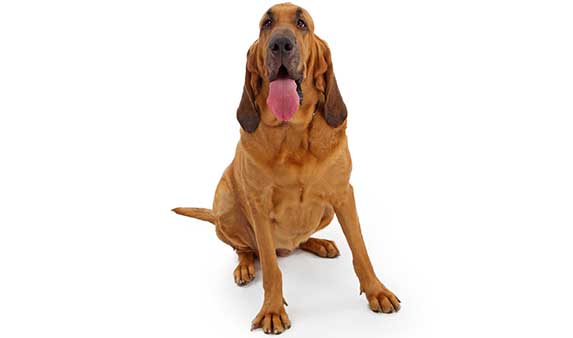 His droopy ears and wrinkle lines give him that solemn wise face of an old man.

And wise he is because bloodhounds top the list of floppy-eared dog breeds with unrivaled olfactory senses.

Bloodhounds are very vocal in hunting too, and their howls would send chills through your spine if you are their target.

Having big floppy ears helps them trap airborne scents and direct them to their sensitive muzzles.

When they were not trailing wild boar or hunting down convicts, they made very charming and affectionate pets. 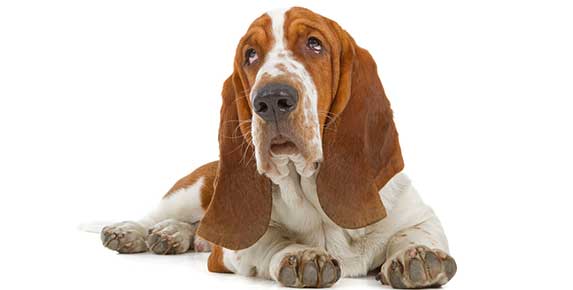 His pseudonym is “the grandfather of floppy ears”.

He has a long and lowered body like a Dachshund and comes second to the Bloodhound in terms of smelling skills.

Droopy the Detective dog was a Basset Hound. One of the floppy eared dog breeds revered for their impeccable scent tracking skills.

On that compact body are strong sturdy paws that help a Basset hound burrow through the dirt.

This helped them flash out tiny prey like foxes and hare.

But it is not all work and play with the Basset hound.

When he takes off his detective hat, he is a happy bashful fellow who is very clownish when playing. 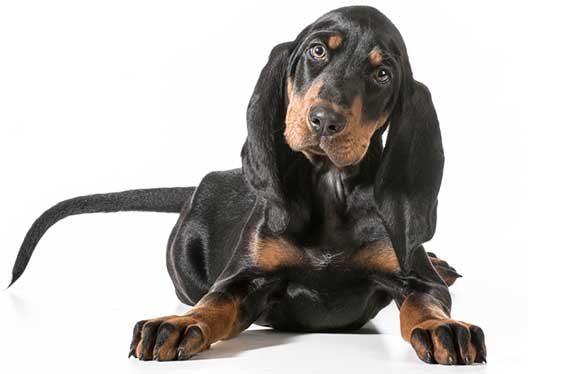 The Coonhound is nicknamed the “black and tan dog” because of his signature coat color that resembles a Rottweiler’s.

This hound was a hunter as well, his specialty being possums and raccoons.

They are likely to suffer separation anxiety and will let the whole neighborhood know if you abandon them.

But if you want a loyal housemate who will chase away those annoying raccoons raiding your trash at night, get yourself a coonhound. 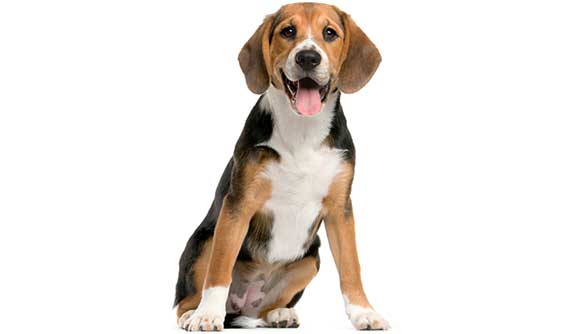 They have large jaws too that held on to prey once they successfully track them.

Oh, and Beagles can work up an appetite and will go on an eating spree if his diet is not controlled.

Beagles are loudmouthed as well but they are also relaxed and friendly.

Train them early to prevent their yowling habit. 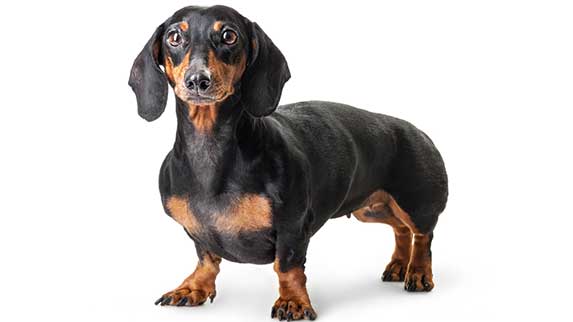 The famous ‘sausage dog’ with floppy ears. But do not let his long body and tiny legs fool you.

The dachshund has speed and acute scent tracking abilities for flushing out prey.

They are very intelligent and know how to corner and subdue small prey like a badger.

Dachshund gets their name from the original Dutch name for sausage, dachshund.

They have short coats that need minimal grooming and respond very well to training. 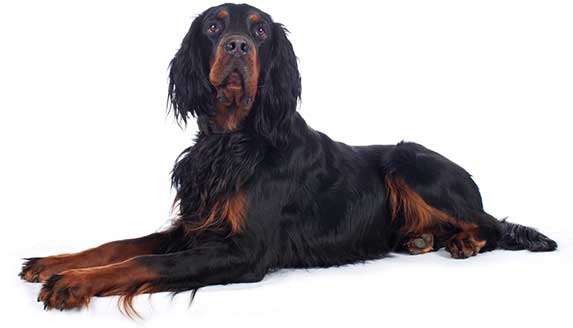 Any dog breed that has the word ‘Setter’ on his resume was bred for tracking and hunting purposes.

Gordon setter dogs have large droopy ears that are a different texture from their main coat.

They are calm but can be very fussy when not well-trained.

Also, he is one of the floppy eared dog breeds that are picky with their food. 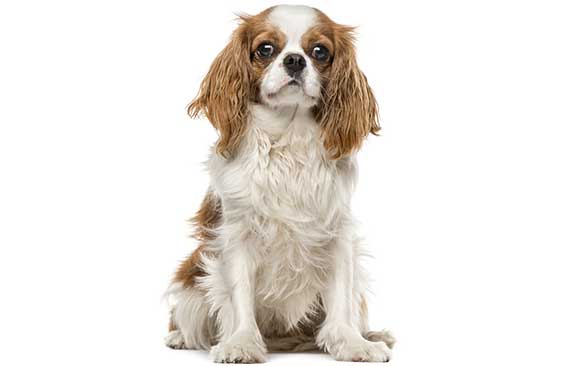 He is the happiest and most extroverted fellow in our list of floppy eared dog breeds.

He is beautiful to look at, flaunting fluffy floppy ears, in rich chestnut color, that accentuate his equally exquisite all-white coat.

In other words, the Blenheim cavalier dog.

He is compact enough to fit any living space you have.

He requires moderate exercising and moderate grooming to keep him healthy and happy.

If you are looking for a furbaby to enjoy dreamy sunsets with, get a Cavalier spaniel. 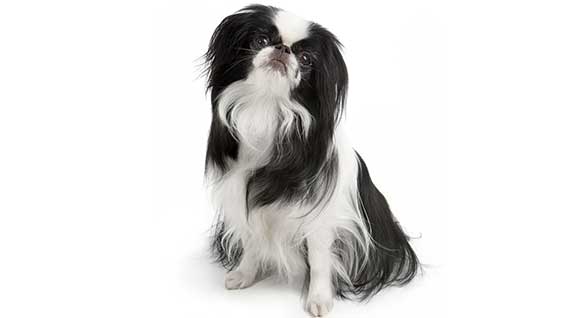 He would easily pass for a Chinese Crested dog if it was not for his fluffier coat and broader face the Japanese Chin perhaps has the most beautiful floppy ears of all dogs we reviewed.

His are long and coated with long silky strands of hair.

A Japanese Chin’s coat is one color but the face has dark markings like a Blackmouth cur dog.

The only difference is that his dark makings extend to the floppy ears as well. 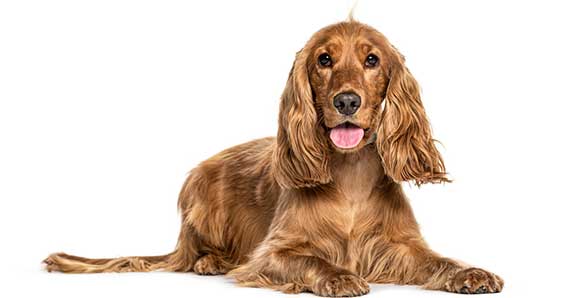 An equally exquisite and playful little fellow like his cousin the Cavalier Spaniel.

If you put the two side by side, the English Spaniel has a bigger body and larger floppy ears.

Like his Cavalier cousin, the English Cocker Spaniel is friendly and warm towards people.

This floppy-eared fellow is full of energy and life. He was bred to flush out birds that are hiding in bushes and burrows.

Because of this strong prey driver, never leave an English Spaniel around small pets and toddlers unsupervised.

He is likely to nip them thinking they are prey. 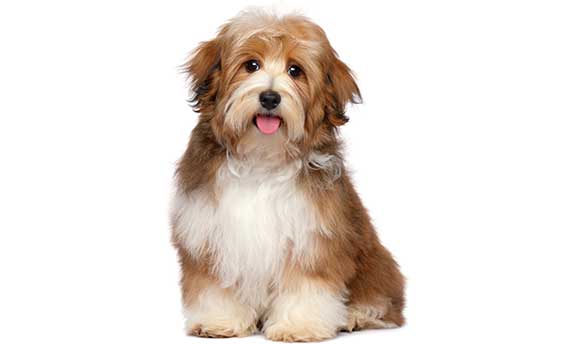 As his name suggests, he hails from Cuba and is a descendant of the Blanquito de la Habana dog.

His Ancestor was a Bichon breed and this explains his fluffy Bichon-like coat.

He is gentle, affectionate, playful, and very companionable.

His small body requires moderate exercise and is perfect for small apartments.

We hope you enjoyed our list of dogs with floppy ears.

If you own a floppy-eared furbaby, ensure you groom his ears regularly to keep them clean and healthy.

Before you go, have a peep at our other list of popular dogs with big ears.

Will my puppy’s ears remain droopy?

Floppy ears on a dog is a result of poorly formed ear cartilage. Some dog breeds are genetically engineered to have floppy ears. If your dog’s ear cartilage grows stronger, the ears become erect in adulthood.

Should I crop my dog’s floppy ears?

Ear cropping was a practice meant to curb dog ear infection. But breeders discovered that cropping dogs with floppy ears did not reduce their ear infection rate. Floppy ears increased the aesthetics of a dog and should, therefore, not be cropped.

Are dogs with floppy ears friendly?

Most floppy eared dog breeds are friendly and affectionate. But dogs with floppy ears like hounds have a very strong prey instinct. If untrained, they can develop a biting behavior.

How can I keep my dog’s ears floppy?

Floppy eared dog breeds are prone to ear infections. Always clean the inside of the ears to remove dirt and germs. Massage pet-friendly wax balm to the ears to keep them moist and germ-free