The life of a dog is full of surprises, some beautiful and some confusing, at least at first.

If you take your dog to the park only to find him chasing other dogs and urinating on another dog’s urine spot — also referred to as “overmarking,” you might be wondering what’s going on.

What you are seeing is a very effective form of communication among dogs.

Urine signs can occur when dogs go out for a walk, while they are at home and visiting new places.

Puppies can start urinating at three months of age. Some dogs urinate on other dogs’ urine spots while raising their leg to leave a message for other dogs. Other times, dogs may do this for medical or other reasons.

Dogs are territorial in nature.

This is a fact, and when they want to say ‘this is my territory, they say it to others and animals by marking it in a variety of ways.

One of the most common examples is when your dog barks to warn potential intruders that they are about to invade his territory.

Some dogs will take this behavior to the next level by urinating (or defecate, which is rare) in a certain place.

These are the reasons why dogs pee where other dogs pee 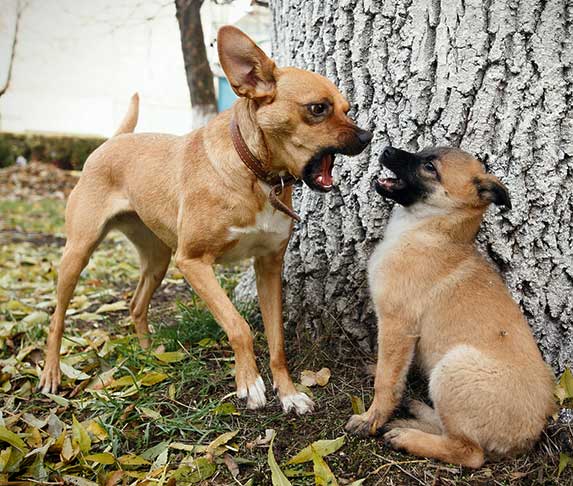 When your puppy urinates in another dog’s puddle, he is “eliminating” that dog’s tag on what it considers its territory.

Your dog might do this to strange dogs he meets in public, neighboring dogs, or even other dogs in your home as a way to assert dominance and establish territory.

Your dog does this as a means of marking with the intent of telling other dogs: “Stay away. This is my land!”

Adjacent marking in dogs is very similar to overmarking, but only with a subtle difference.

When a dog urinates on top of another dog’s urine, they are overmarking.

If it is close to the urine and not just above it, then it adjacent marking. Both adjacents

Unchanged dogs, especially males, are more likely to urinate on another male’s urine spot to get him out of the struggle for available domestic females.

This is because if she can’t smell him, she may not be able to find him.

The same dog can also cover a female’s urine to cover the smell and discourage potential male suitors.

It is very common for females to show this kind of behavior, particularly before the ovulation cycle.

Why Does A Dog’s Nails Turn White? (10 Reasons)

When dogs are anxious, they can deposit more urine than dogs who are marking for a different reason.

Certain things that can cause anxiety in a dog are:

However, signs can also come from feeling distressed or afraid.

A new friend in your home also brings a new scent, a new sound, and even a changed routine.

Your dog may not get as much attention as he used to.

All these can bother him enough and lead to urine-marking.

Likewise, a frightened dog can become even more nervous by seeing and smelling other animals.

If your dog is feeling very stressed, consider talking to your vet about medications that can help you while you work on his behavior through training.

Dogs usually cover other dogs’ urine as a way of showing social power.

If a dog feels tougher and more “alpha” than any other individual who is perceived as meek and shy, they can communicate this by masking the urine of the other dog with their own.

This could also be his way of promoting himself to other canines nearby or trying to hold on to the status quo socially. 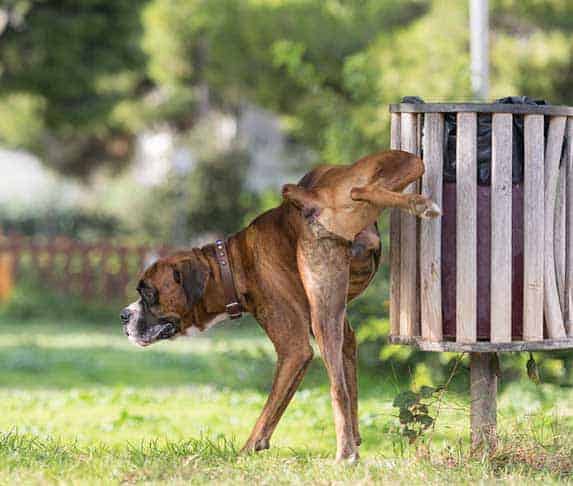 Over marking can occur in many different situations.

An elderly dog ​​can over mark a new puppy’s urine that is in the middle of the housebreaking process, and all the home potty contamination issues that often follow it.

He may follow one dog closely for a walk outside the park, only to quickly beat another pet’s urine with his own.

If a dog in your household has trouble identifying urine, this may influence another one of your dogs to do the same and start with their own urine marking as well.

Dogs consider home as their own territory, and if you accidentally bring in a new puppy that urinates during a home invasion, your older dog is sure to notice.

He may urinate on a puppy’s pee spot as a way to show who owns the house.

It can also be out of anxiety: If your pup thinks a newcomer, whether a visitor or a permanent resident, is a threat, peeing is one way to make sure the house smells only like him.

Over marking in dogs is not always associated with social status.

Sometimes male dogs pee a lot for an entirely different reason: to cover up the scent of female urine.

If a male dog doesn’t want other male canines to be aware of a female dog, he can cover her urine with his own urine.

When it comes to female companionship, healthy male dogs can be very ambitious.

9. Genders and over marking

Canines of both sexes are able to overmark, although the behavior is more prevalent in males, as with standard urine markings.

However, never assume that female dogs do not engage in this type of trait.

While outdoor marking likely doesn’t concern you, you’ll need to step in if your dog decides to urinate in your home or someone else’s home as a way to establish dominance or mark the territory.

To get started, use an enzymatic cleaner to clean your carpet to remove any traces of urine from dogs that were previously there.

If your dog marks, clean it up as well.

Consider grooming your dog to minimize the problem — it will also make him less likely to wander and get into trouble.