Why Does My Dog Huff at Me?

Your dog huffing at you could mean two things. Either he is happy and content or feels disappointed and anxious. Huffing is one of the ways dogs communicate with us. It can express excitement or […] 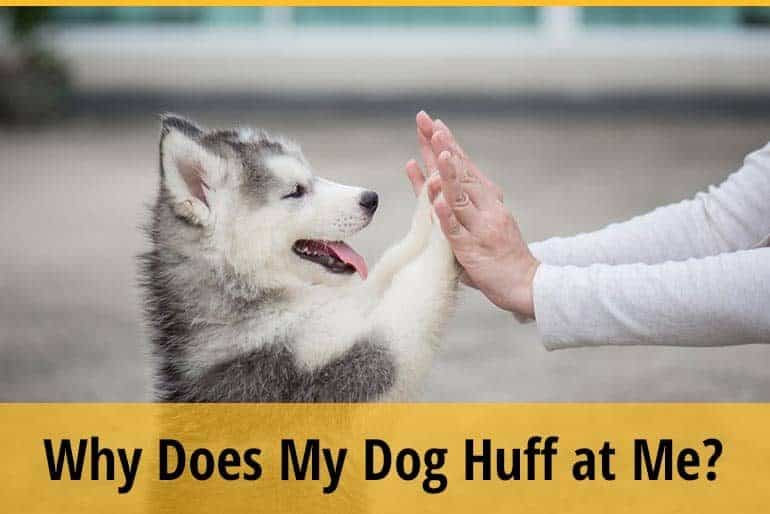 Your dog huffing at you could mean two things. Either he is happy and content or feels disappointed and anxious.

Huffing is one of the ways dogs communicate with us. It can express excitement or indignation depending on what other visual cues you notice.

In a nutshell, dog puffing at you could mean;

Dogs puff to show contentment. If your pup just came in from a walk, playing in the park, or swimming, he probably feels exhausted. He will lie belly down, head on paws, let out a relaxing puff then go to sleep.

This puffing is often done with the eyes closed. It means your pup is settling in for a good sleep.

Puffing at you could also mean your dog is wary. Dogs will puff when they are unsure of something or someone. If your dog is not socialized to people, seeing a stranger around will evoke a puff. A dog may also puff at animals he has never seen like a squirrel or a spider on the wall.

How Did Chihuahuas Get So Small?

If your dog is disappointed, he will puff to let you know. A good example is when you promised the pup a treat for doing a trick. If you do not follow through with the reward, the dog will puff at you to say ‘You let me down’.

This vented frustration also manifests if a dog cannot get to something he wants. Say dogs are playing outside and he is locked up inside. The frustrated puff he gives is similar to a cat’s clicking noise.

Puffing could also be a warning to back off. For instance, if your pup does not want the company of your cat, he will puff and growl at the feline to keep its distance.

Dogs are afraid of many things. It could be the sight of another dog or a strange noise they never heard before. If the noise is on the other side of the wall, your pup will puff and growl in fear. He may also puff as a way of urging you to come and investigate.

Separation anxiety could have a dog puffing in loneliness. It comes out as a muffled puff followed by a long whine. The dog will pace around restless or hang around the door. If the anxiety escalates, the dog may chew or pee on things in the house. The only cure for this is spending more time with your dog.