Police dogs are usually heavily trained to smell particular narcotics but are mushrooms one of them?

First of all, are mushrooms narcotics?

Mushrooms, also known as shrooms, fall under a category of drugs known as psychedelics.

Psychedelics normally when taken into the body causing very strong hallucinogenic effects on the user.

This means they tend to mess with the users’ way of perceiving things.

This can be by seeing things that are not there or feeling like one is out of this world and is in another.

It probably sounds cool but it has very dangerous side effects to the drug, not forgetting it is very illegal.

That is not a problem for them.

The problem when it comes to sniffer dogs and shrooms is whether sniffer dogs have been trained to smell shrooms or psychedelics in general.

Most sniffer dogs are trained to smell narcotics such as cocaine and heroin.

These types of drugs are usually called hard drugs on the streets.

So why do sniffer dogs not get trained to smell psychedelics especially shrooms? 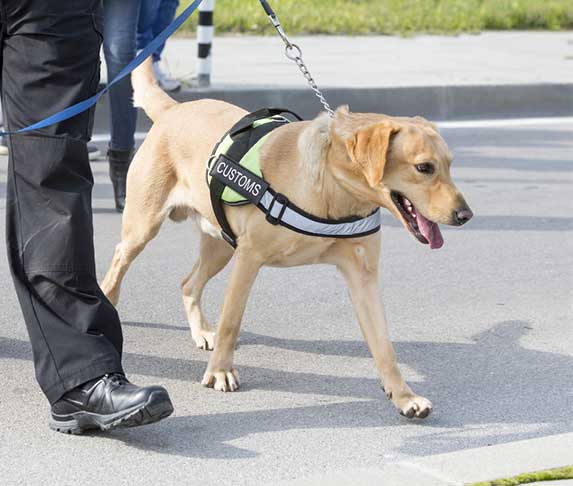 This is because most illegal drugs found in the market are usually narcotics.

This is because narcotics are easily affordable and the smugglers of the drugs get to market.

This means that narcotics are the top focus of the police department.

By training sniffer dogs, they tend to waste a lot of time.

This is because training sniffer dogs requires a lot of time and patience.

What would be the point of taking so much time to train the dog for them to encounter shrooms once during their lifetime?

They also waste a lot of resources.

This is again because; it is extremely rare to find psychedelics being smuggled.

This is because they are too expensive to be sold in the market like narcotics.

From the above, some may make out that sniffer dogs cannot smell out shrooms as they sniff luggage.

This is not entirely true.

The reason they do not normally smell shrooms is that they are not trained on it.

Dogs can smell anything they get trained for.

Most times, a dog can only tell about five particular scents of different narcotics at a time.

This makes it more important for the dogs to get trained on the more common narcotics found easily in the market.

They could also smell shrooms if during the manufacturing process if it was cross-contaminated with common narcotics.

The police dog would proceed to smell the narcotics in the shrooms and alert the police.

Can sniffer dogs manage to tell apart from ordinary mushrooms and those that are psychedelic if trained?

Yes, they can. This is because dogs have a very powerful sense of smell.

They can tell apart different scents that are in one scent. Let us say they can distinguish particular smells.

This means they could smell the individual smells in the mushrooms and easily tell the ones with psilocybin which makes them psychedelics.

Note: Psilocybin is what makes shrooms psychedelics and gives the hallucinogenic effects.

How are sniffer dogs trained?

Before the process is explained, it is important to know that the process is made fun of by associating the training process with fun by involving treats and rewards.

The training process then starts:

Sniffer dogs usually get used to the process so once they pinpoint the location of the drug; they sit down and point their snouts to where the smell is coming from.

Most dogs’ breeds can be trained to be sniffing dogs but the particular favorites are German shepherds and Beagles.

So what is it about shrooms? 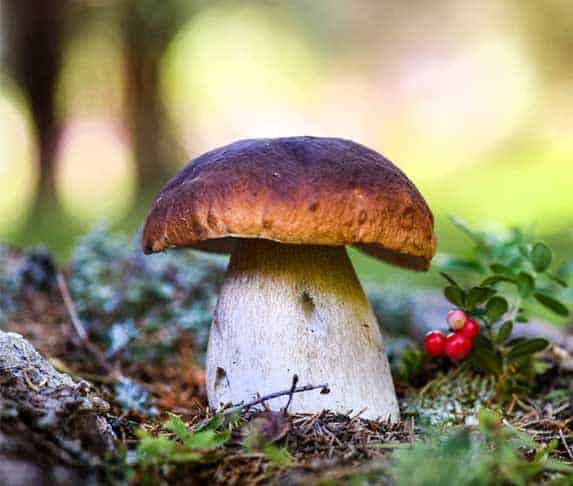 They are expensive psychedelics.

So it is important that people who deal know the difference because it can easily turn into a life or death situation.

How are mushrooms consumed by humans?

What are the effects of mushrooms?

Mushrooms tend to be high-risk drugs.

Thus it is always important to know the risks associated with the consumption of the drug.

Here are some of the most common signs experienced after consumption:

Getting sniffer dogs trained and accustomed to smelling mushrooms is a hard, difficult job that is well worth the effort.