Shiba Inus are one of those dog breeds that people love.

Their red coats, pointed ears, and black noses can easily make people mistake them for foxes.

This dog breed of Japanese ancestry is one of the greatest and cutest pets for dog owners.

With the cute looks and charming disposition of Shiba Inus, surely people are wondering if other dogs resemble them. That is why we have here information on seven dog breeds that are like Shiba Inu. We will discuss these breeds in the following narratives, along with other useful information on Shiba Inu.

Before their domestication, their ancestors existed way back to 7000 B.C. and they were originally used as hunting partners by hunters of the time.

They are relatively small, fast, and rugged, which is perfect for hunting games.

Nevertheless, today they are no longer leaning in that direction and are perfect pets to own.

Before dwelling on the dog breeds that share the same semblance as Shiba Inus, perhaps it would be great to know what this breed is like.

This would be a great idea for us to grasp better how other breeds can be like Shiba Inu.

After all, similarity does not only entail physical resemblance. But also, temperamental.

What Are the Key Characteristics of Shiba Inu?

Indeed, it has been established that Shiba Inu are great pets to have.

But what makes them great or not?

The following will give an overview of Shiba Inus and perhaps establish a baseline to compare the 7 dog breeds like them later.

They are the dog counterparts of ninjas

Their miniature sizes and fast movements remind one of the Japanese ninjas heavily portrayed in the media as quick assassins.

Shiba Inus are like such as they move with swiftness, effortlessly.

These pets are highly athletic.

That is why they must be regularly given proper exercise to keep themselves in shape.

They are independently stubborn

One might say that Shiba Inus live in their own fantasy world and act of their own accord, which is independent of them.

However, this may seem to the outside world as being stubborn.

They require good socialization from childhood to diminish their independence and stubbornness.

Possessive is their middle name

More than the normal level of possessiveness displayed by other dog breeds.

They know that what is theirs is theirs.

That is why when they are attached to toys, food, treats, or territories.

They tend to fight other dog breeds over them.

Proper socialization can fix this, nevertheless.

Loyalty and Alertness are their guiding principles

Their small size is not in any way proportional to their loyalty to the family that Shiba Inus serve.

They will guard their master’s life to the best of their ability.

And fight off anything that seems to threaten them.

What Are The 7 Dog Breeds That Are Like Shiba Inu?

Now that we know what Shiba Inu is like, we can now delve into similar breeds.

Both physically and temperamentally.

Perhaps, if Shiba Inu is not your cup of tea, you may choose from the following similar alternatives: 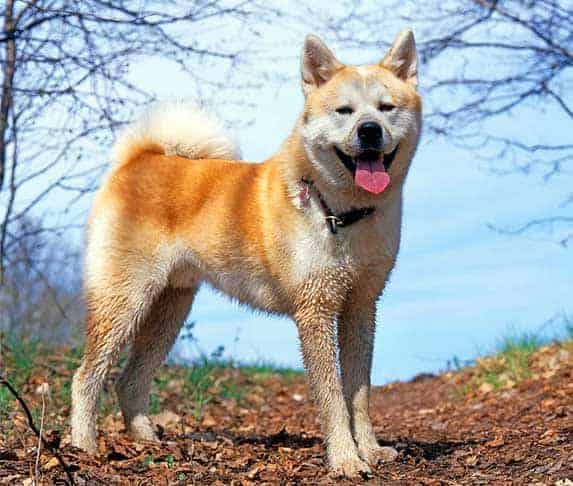 If life were Pokémon, the Akita Inu would be the evolved form of Shiba Inu.

They look pretty much the same. Having a reddish coat color, pointed ears, black nose, and generally fox-looking.

Interestingly, like the Shiba Inu, they were bred to hunt as well.

However, it is not the small games that they hunt. Rather they help in hunting bears.

This says so much about their physical stature. Akita Inus are huge dogs, almost double the size of Shiba Inus.

They are also strong-willed and a force to be reckoned with.

Nevertheless, with proper training, they can be the sweetest dogs to have. 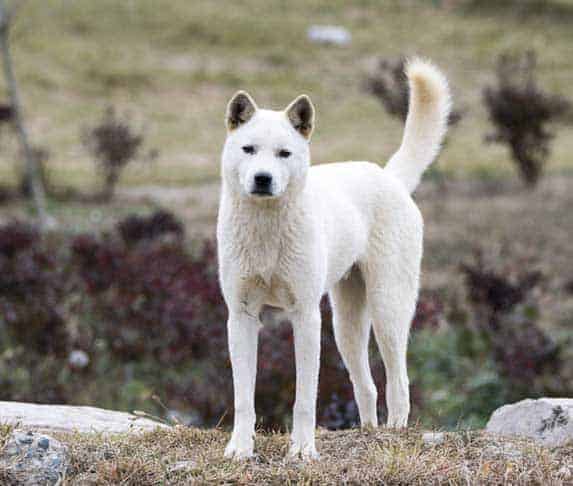 This dog breed also looks physically like Shiba Inu except for their white snow coats.

In terms of loyalty, alertness, and fearlessness, they are on par with Shiba Inus.

Korean Jindos are more leaning towards being active and alert guard dogs than being affectionate and cuddly.

But their affection knows no bounds and is just portrayed through guarding the pack. 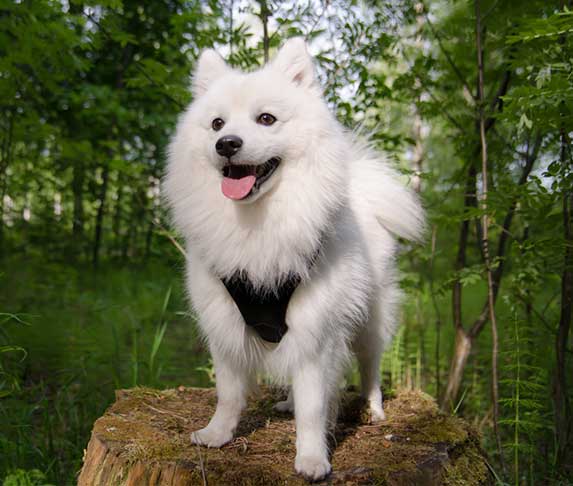 They are cuddly, family-loving, and friendly. Like the Shiba Inu, the Japanese Spitz is also a miniature dog.

Aside from that, they are inherently suspicious of their surroundings, much like Shiba Inu.

However, they are not as intelligent as Shiba Inu.

Nevertheless, first-time pet owners will gladly have a pet like Japanese Spitz.

Will A Fox Attack A Dog? 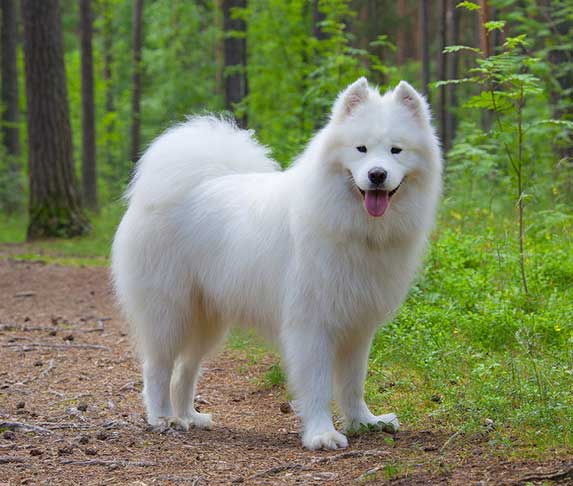 These dogs resemble Shiba Inus in terms of their level of sensitivity which is not that high.

Samoyeds are also the kind to be very friendly and trusting.

Independence is also not within their genes as they are very pack reliant.

Funnily, as a joke, they say Samoyeds are breeds that will help burglars steal from their owners because of their trusting nature.

Nonetheless, this is compensated by their level of loyalty, affection, and faithfulness to the family, much like Shiba Inus. 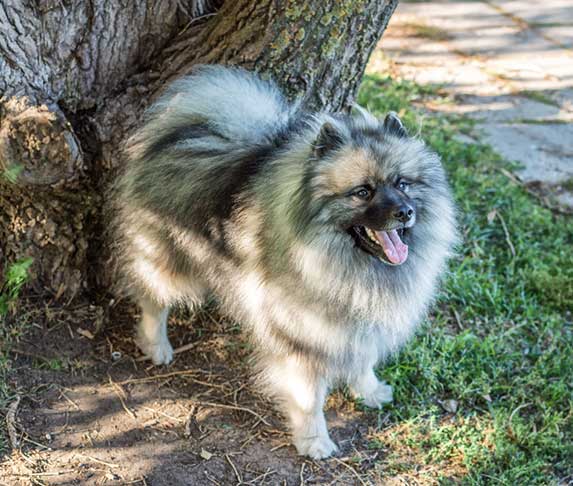 There is not really any obvious physical resemblance between Keeshonds and Shiba Inus except for their temperaments and attitudes.

They are both great guard dogs. This is because of their alertness and inherent curiosity about the surrounding.

Although Keeshonds are more relaxed in nature than Shiba Inus, they relax when there are no imminent dangers around.

Also, they are more playful than the independent Shiba Inus. 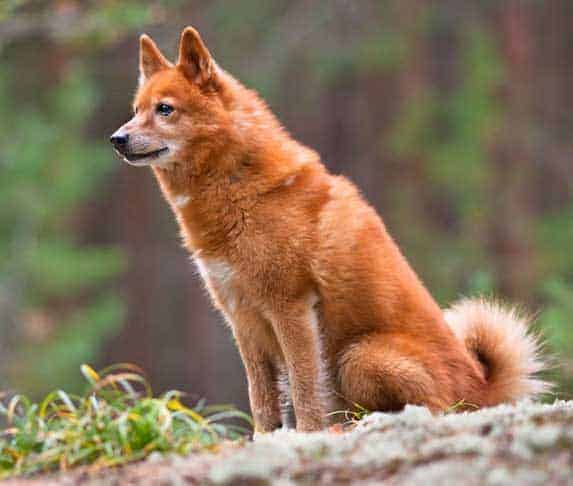 Like the Shiba Inu, these dogs are reserved and suspicious of strangers, which makes them great guard dogs.

However, this breed is not the best guard dog because they are not the biting kind.

Rather, they will bark from the top of their lungs to alert you if there is sensed danger.

They are very affectionate and loyal, like Shiba Inus. 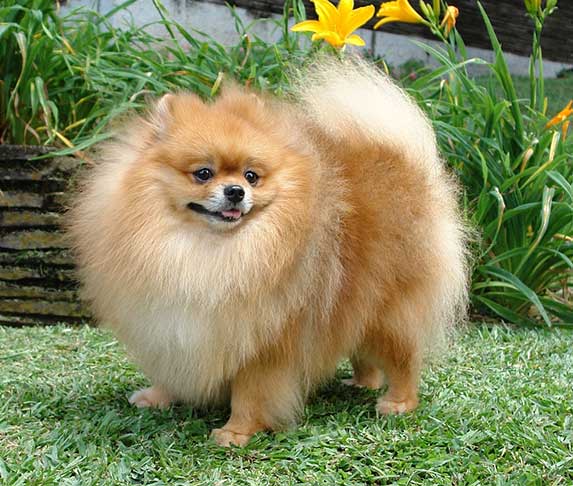 This breed is energetic, playful, and some might say yappy kind of dog.

Like the Shiba Inu, they are also very devoted to the family.

Highly outgoing but reserved and suspicious of strangers, which makes them great to have around the house.

Numerous breeds are like Shiba Inus, which are great family dogs and house guards.

One may select from the above-mentioned as an alternative to the Japanese dog.

What matters is that they are taken care of and loved and trained to show the same for others — dogs and people alike.