Perhaps the gold standard of any pet owner or enthusiast in adopting pets, like dogs, are: first, those dogs that can be beloved companions to the family; second, dogs that can effectively protect and guard their owners.

The German Rottweiler offers these characteristics.

But if you are a first-time potential pet-owner, the breed may be too much to handle the first time around.

There are so many options that you can choose from, and we aim to make that decision easier for you. Additionally, this post will feature seven equally beautiful dogs that share similarities to the Rottweiler for you to choose from.

Dogs are uniquely independent of one breed to another.

The American Kennel Club lists a total of 197 dog breeds in existence as of today.

Before dwelling on the seven dogs that look like Rottweilers, it is exciting to know why some dog breeds share a semblance with other breeds despite their diversity.

To answer this, we must trace back their origins.

Dogs are relieved to have evolved or developed from three principal ancestors in the Canidae family: The gray wolf, the coyote, and the jackal.

These are the wild ancestors from which the lineage of all known dog breeds has arisen from.

Dogs were believed to have been domesticated 40,000 years ago.

The resulting product was the dogs we know and love this day through constant generation to generation breeding.

A genetic study was conducted to identify the variation of dogs within and among breeds.

And results showed a resounding 27.5% variation was observed among each breed which towers over the variation within groups.

This means that differences among breeds are real.

However, there is a huge percentage left that allows room for similarity as well.

Characteristics That Make Up the Rottweiler

They have a medium to large build relative to other dogs.

This is expressed through their powerfulness, strength, and endurance.

Their posture and expression are alert and strong.

Their hind legs are muscular and elongated in nature, which shows a strong stance and powerful movement potential.

They have a strong, broad upper and lower jaw with a non-elongated muzzle compared to some dog breeds.

The coat is predominantly black with rust markings on the legs and dorsal part of the body.

Rottweilers are strong animals which means that they have a self-assured outlook.

This needs to be trained and honed.

They are great family dogs and are also kid-friendly through proper training and association.

Intelligence and energy are also within their arsenal, which is great.

They are also very loyal and faithful to the families that they serve.

Being alert for the presence of strangers, they are always willing to protect their owners.

These are great guard dog qualities.

Let us peek into the seven other dog breeds that look like Rottweilers, in physicality and temperamental aspects alike. 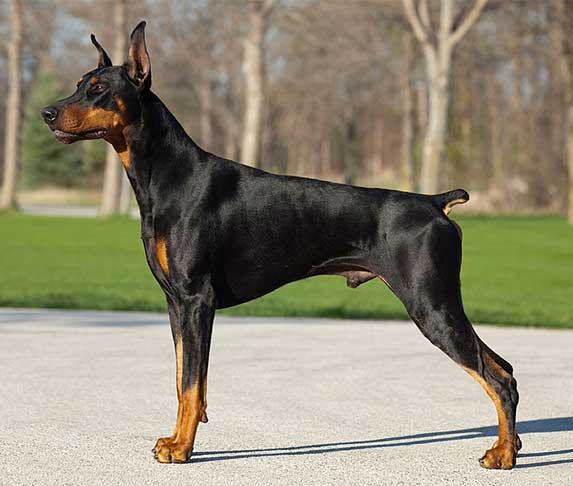 These are commonly mistaken as Rottweilers. Not only because of their similar color motifs but also their height.

The only obvious difference is their body mass, wherein Rottweilers are bulkier than the lean Doberman.

They also have longer muzzles and upright ears.

Nevertheless, the Doberman is very affectionate to the family, much like the Rottweilers. 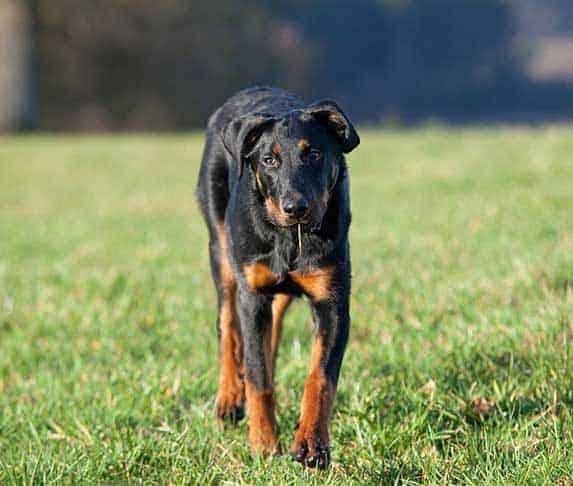 This dog breed shares some of the coat colorations of Rottweiler.

However, the latter has a more prominent rustic effect along its body.

Beaucerons are also bigger in terms of body mass and height, on average, compared to Rottweilers.

But they share the attitude of being alert, protective, and effective family guard dogs.

Their loyalty is impeccable, to say the least. 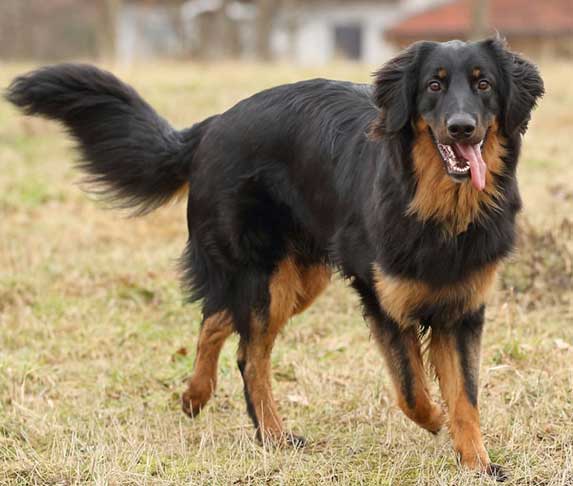 For those searching for dogs having the same colorway as the Rottweiler but offers a more gentle, golden retriever-ish vibe, then the Hovawart is perfect for you.

However, their fur or coat is much more prominent.

They are very hairy and non-hypoallergenic, which weighs on the grooming side.

What is great is their playfulness and sweetness towards the family, especially around little children.

How to Tell If Your Chihuahua Is Pregnant? 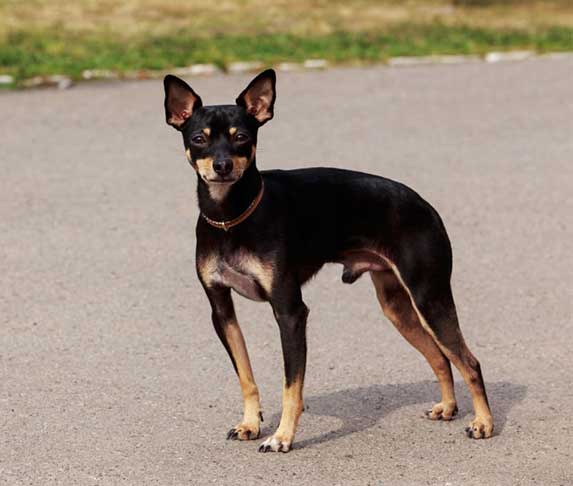 Despite their size, they have an immense amount of energy surging from within them.

If Rottweilers are quick and energetic, they are nothing compared to their seemingly Mini-Me’s – the Manchester Terrier.

They only weigh around 12 pounds and are a fifth of the size of Rottweilers.

But they are playful and fun to be with. Perfect for first-time pet owners.

They can guard your house as well.

Their barking potential will surely wake you from your slumber in a time of need. 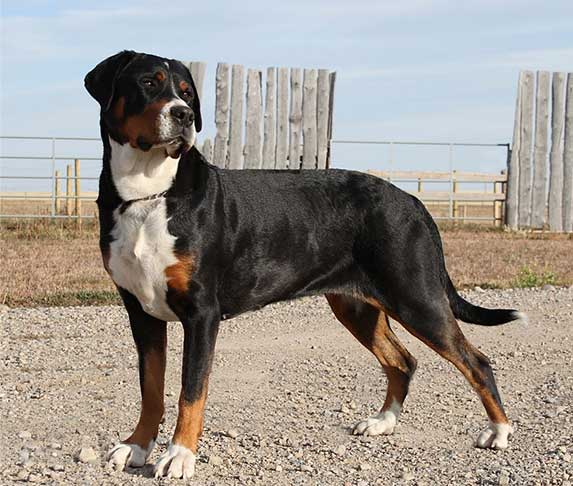 You will notice the main obvious difference between this and the Rottweiler is their white coat streak from their head down to their bodies.

Everything else pretty much looks the same to the untrained eye.

Like Rotties, they are alert, devoted, and self-confident too.

What tops it off is their guarding and protective nature towards their owners, which is great! 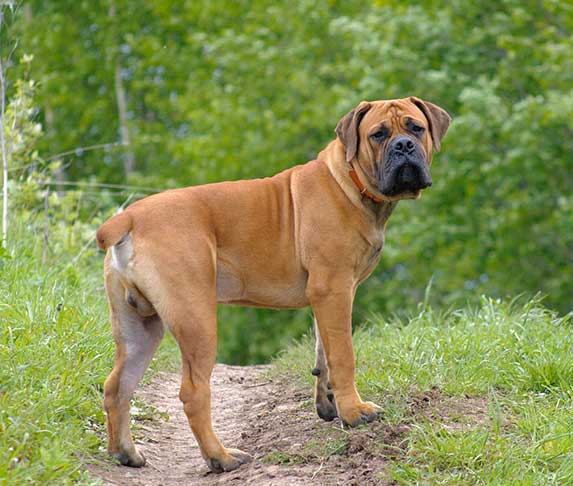 This breed is like the bigger brother of Rottweilers.

Both hail from the mastiff kind of ancestry and share the same height, but Boerboels are just bulkier and more muscular than Rotties.

The color of Boerboel is light brown to brindle-ish and are more effective guard dogs than Rotties.

This is due to their evolution.

They were mainly bred as guard dogs in South Africa against lions and wild animals, so there is that. 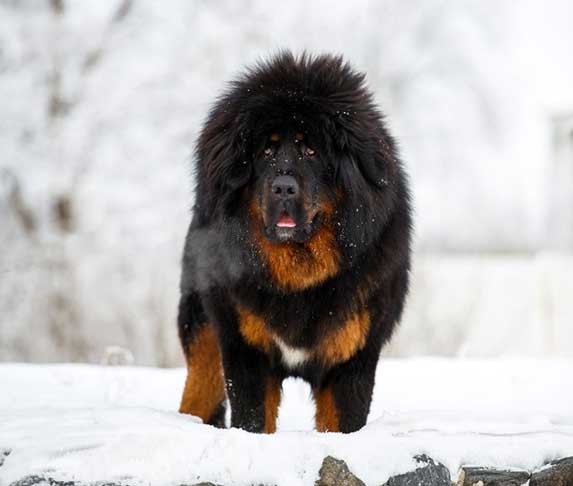 This dog is the biggest in this list and is not particularly like Rotties except for their guard dog-ness similarity.

Except that some Tibetan Mastiff has the same coat color as Rottweilers which makes them a bit similar.

Imagine the Rotties being covered in furred parka jackets and on steroids.

That is what Tibetan Mastiffs are, and they are better guard dogs compared to Rotties.

However, expert handling is required to wield such a majestic beast. If you are up for it, then why not?

We hope this provides you a good insight into which dog breed to choose from if you plan to adopt a dog that gives the Rottie colorway and temperament.