Dog breeds like the Doberman and Rottweiler have their tails docked to keep them short.

But are there dogs that are born with no tail?

Turns out there is and here is a list of 10 dog breeds with short tails you should know of.

Tailless dog breeds are referred to as bobtailed. Examples of bobtail breeds include Boston terrier, French Bulldog, Stumpy tail cattle dog, and the Pembroke Welsh Corgi. These dogs are born with their tails short and are not docked like a Doberman.

The first dog breeds with short tails were born out of what scientists describe as a T-box gene mutation.

Since then, breeders have carefully selected bobtail breeds to continuously achieve the short tail.

A bobtail should never be confused with a docked tail.

Docked tails are achieved through mutilating a dog’s tail, a practice that has been banned in several states.

The following dogs were all born with short cute tails that make them unique. 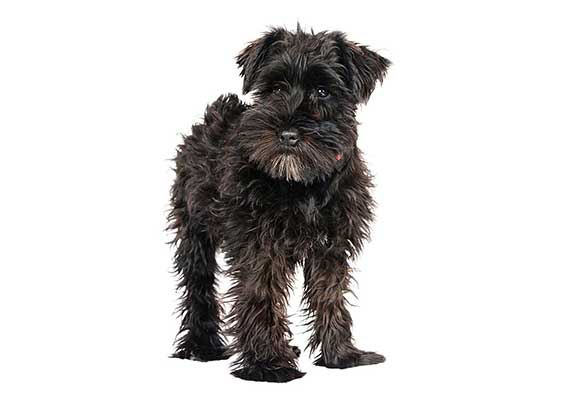 Interestingly, the Miniature Schnauzer had a naturally long tail that needed docking.

But docking became illegal in Germany where this little fellow hails from.

Luckily, the history of docking the Schnauzer’s tail caused them to adapt to the short tail look.

Through natural mutation of the T-gene, the Miniature Schnauzer graduated to a bobtail.

Careful breeding has allowed the Schnauzer to remain a tailless dog to date. 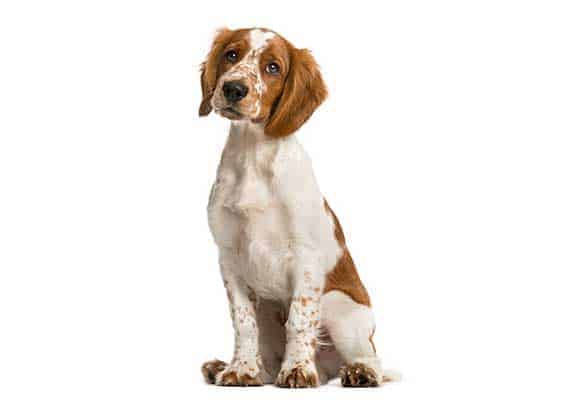 Britanny Spaniel was born to be a gun dog.

Today he is still an active fellow participating in animal sports.

Most British Spaniel dogs are born with a very short tail but some are completely tailless.

Breeders are yet to know if the bobtail is due to inbreeding or natural mutation. 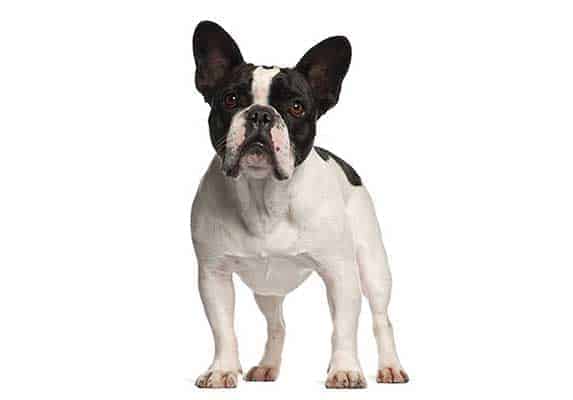 When we talk of a dog with no tail, the French Bulldog easily comes to mind.

He is one of the famous dog breeds with short tails.

But his tail is more of a stump that covers his rear.

Their small bodies allowed them to chase after rats and pull them out of tight areas.

The French Bulldog has been carefully bred to maintain the short stumpy tail.

He is a tiny fellow with a big warm heart for everyone. 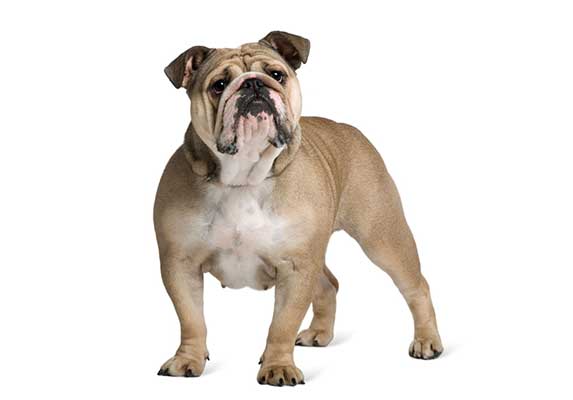 The English bulldog is one of the few breeds born with a naturally short tail.

Their bobtail either looks straight or is screwed.

Most breeders and kennel clubs favor the straight tail over the screwed tail.

Some English Bulldogs are born with long tails but this is very rare. 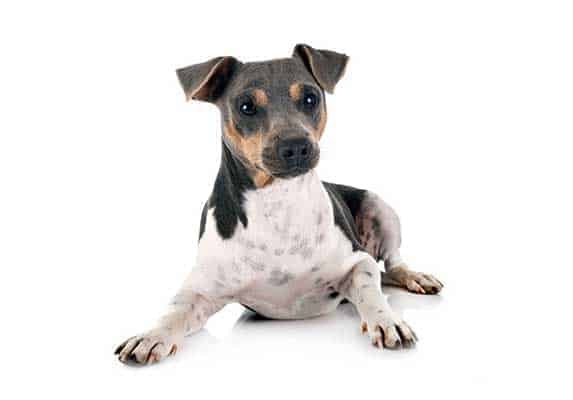 He started with a long tail which gradually shortened with time.

Today the Brazilian terrier is recognized as a bobtail breed.

Though he hails from Brazil, no one knows who his ancestors are.

Some breeders have speculated that he has Fox terrier and Jack Russel roots. 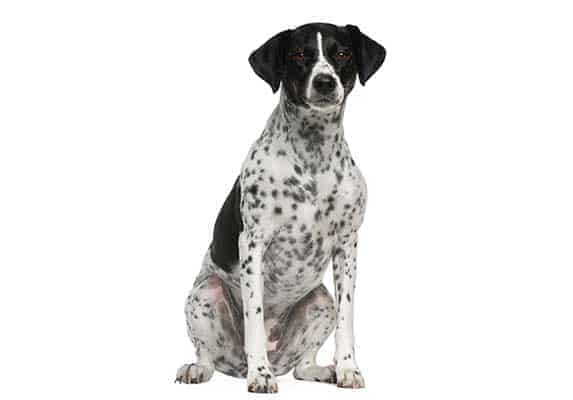 Braque du Bourbonnais is a French dog that was originally called the Short-tail pointer.

Breeders believe that his bobtail resulted from the same T-gene mutation that affected the British Spaniel.

Today the Braque du Bourbonnais dog is bred in America more than France.

They are also loved for their calm and affectionate nature.

If he had more spots on his body, and a longer tail, one can easily mistake him for a Dalmatian. 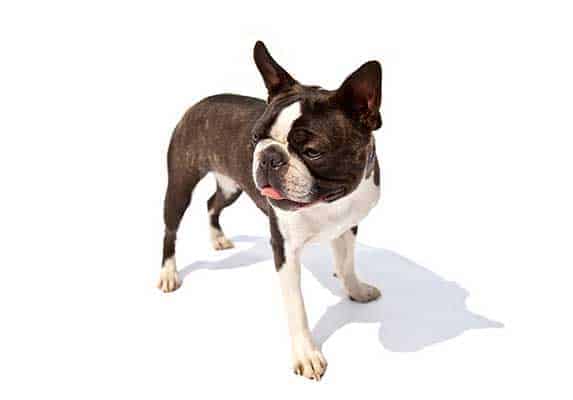 A tailless rear is a matter of life or disqualification for the Boston Terrier.

He is one of the bobtail breeds that are never expected to have a long tail.

His short tail is described as a nub and it is the standard of identification by Kennel clubs.

Sadly, some Boston Terriers are born with long tails and are immediately disqualified as purebreds.

He is not called a ‘stumpy tail’ for nothing.

When born, this dog’s tail is no more than 10cm.

And as his name suggests, the Australian stumpy tail cattle dog thrives in herding cattle alongside his owners.

Besides being a tailless dog, he is also a rear gem to find.

Australian Stumpy tail cattle dogs are only bred in Canada and Australia.

Other countries have to import him. 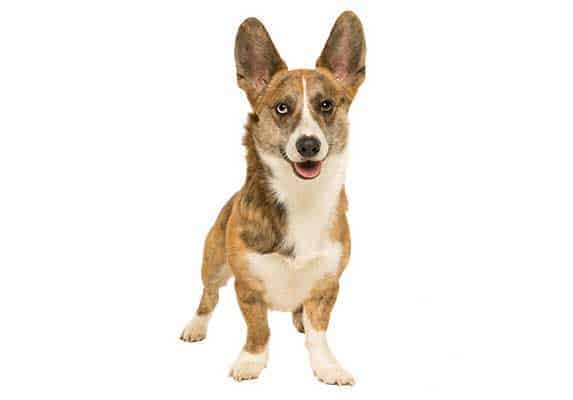 The Pembroke Welsh corgi is a cute fellow to look at.

He is short, plump, and has a bobtail to complete the look.

The only thing that differentiates him from a Cardigan Corgi is his tailless look.

The Pembroke Welsh Corgi shares the same history with the Miniature Schnauzer.

His ancestors went through docking until a recessive gene mutation occurred and they achieved the natural bobtail. 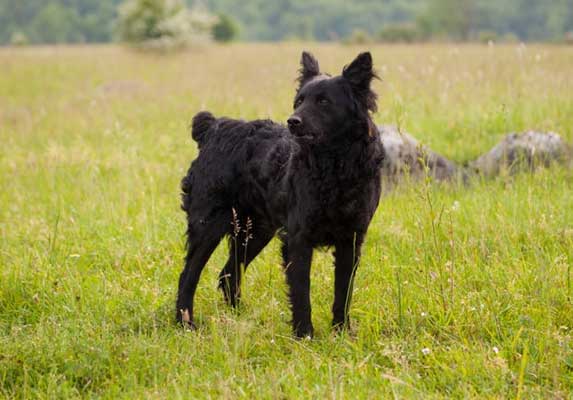 The Croatian Sheepdog had a long curly tail too.

When docking became popular, he became one of the many dogs that lost his long tail.

But soon docking became illegal and selective breeding was the only way to maintain his bobtail look.

They are also loved for their companionship and loyalty at home.

These are the 10 famous dog breeds with short tails.

While some dogs are born tailless, others had to adapt to the bobtail look over time.

Which of the 10 tailless dog breeds is your favorite?

What happens to a dog that loses its tail?

A tailless dog still lives the same quality of life as other normal dogs. The short tail look is for mere aesthetics as in the case of the Pembroke Corgi or the Miniature Schnauzer.

Is the Doberman a tailless dog?

On the contrary, Doberman dogs are born with tails longer than that of most breeds. But in countries where docking is still legal, the tail is cut to its signature short look. The docking process is done when the Doberman is still a puppy to minimize pain and a lifelong scar.

Are Rottweilers born without tails?

Rottweilers are born with naturally long tails. But in states where docking is still allowed, Rottweilers have bobtails. The German Rottweiler maintains its long tail to date.

Why are some dog breeds born without a tail?

Bobtail breeds are dogs born with no tail or not much tail left in them. The lack of a tail is due to the mutation of the T-box gene C189G in their DNA.