Ever noticed a dog with one ear up?

Isn’t it the most adorable thing ever?

As pet owners, we appreciate it when our furry friends have a distinguishing trait that makes them unique.

For felines, it could be a silver-grey coat with sparkly blue eyes. For dogs, having one ear up is just as cute!

To answer the question ‘Why my dog has one floppy ear?’ we have to consider two things;

Puppies lose the habit of raising one ear as they grow up?
So you better take the best photos of that adorable mutt while the stunt lasts.

This is because the ‘one-ear up’ phenomenon is driven by muscles in the dog’s ear. We explain this further below.

How does my dog have one ear up? 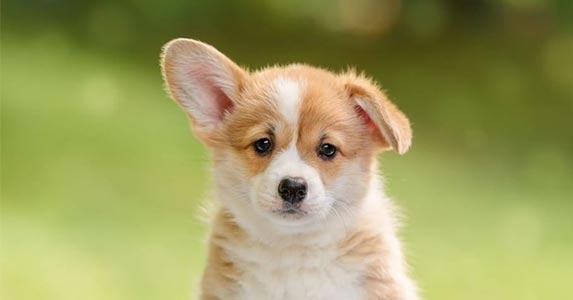 Dogs control their ear-movement with the help of muscles located in the part of the ear known as pinnae.

In puppies, these muscles are not yet developed.

This is why the young mutt has both ears floppy when born.

As the dog grows, pinnae muscles grow stronger allowing the canine to move the ears.

A dog with fully developed pinnae muscles can move both ears independently.

But for some dogs, this process can take months. It all depends on that particular dog’s ear and head size

Why are my dog’s ears not standing up?

It is also possible for your dog not to have the pinnae muscles fully developed. When this happens;

If your pooch has one or both ears directed at you, he is curious!

Why my dog has one floppy ear?

Dogs have various ways of communicating. One of their body language cues is moving one or both ears. The emotions commonly expressed with the ears include;

Why does my dog have both ears floppy?

It is normal for a dog to mature with one ear up and the other down.

Also, it is okay for your pooch to have both ears floppy.

This can happen if your pooch belongs to the breed of dogs that grow with droopy ears.

These breeds grow with floppy ears that only move slightly to perceive sound and the direction it is coming from.

You will also agree that they look extra cuddly with fluffy droopy ears.

Can floppy ears cause health problems in my dog?

The only time you should worry about your dog with one ear up is if he constantly gets ear infections.

Dirt, bacteria, and fungus tend to collect under the floppy ear leading to infections.

Make it a habit to clean under your dog’s ears to prevent disease and infection.

When cleaning your dog’s ears;

Always reward your pup when you successfully clean his ears.
When they know a reward awaits them at the end of the grooming session, they are more likely to cooperate.

We hope this article helps answer your question “Why my dog has one floppy ear?” Remember;