Dogs are great on their own.

They are man’s best friends for that very purpose. Ever since their domestication from ages past, people have been tinkering with these species.

We have developed new or mixed breeds by stacking one over the other, which yielded some of the greatest and cutest combinations.

It begs the question, what are some dog breeds that should not mix?

In this article, we will reveal to you nine dog breeds that should not be mixed. And we will give a brief explanation as to why, so stay tuned!

9 Breeds we Discourage You from Mixing 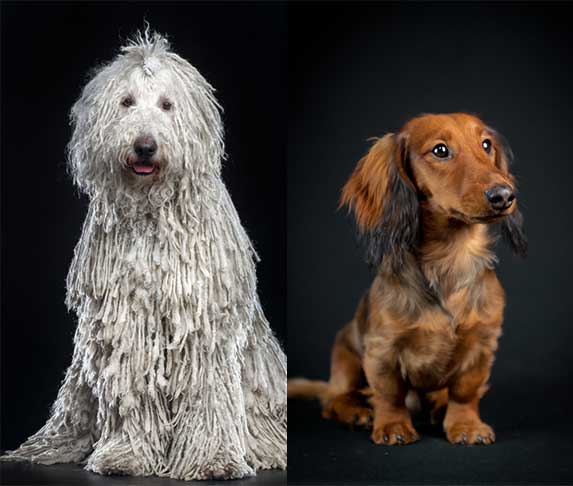 Komondor, or otherwise known as Hungarian Sheepdogs, are bred to be guardians of livestock.

They have long, white, and corded hair, which adds to their overall aesthetic value.

On the other hand, dachshunds are miniature, short-legged, and long-bodied creatures.

Reminiscent of those hot dogs you get from Subway, perhaps the reason why they are called wieners.

The combination of these breeds would prove to be inefficient.

A short-legged dog with long corded hair would not be a compelling combination.

It might cause overall neglect of your dog’s health and wellbeing as it might refuse to exercise from all the baggage. 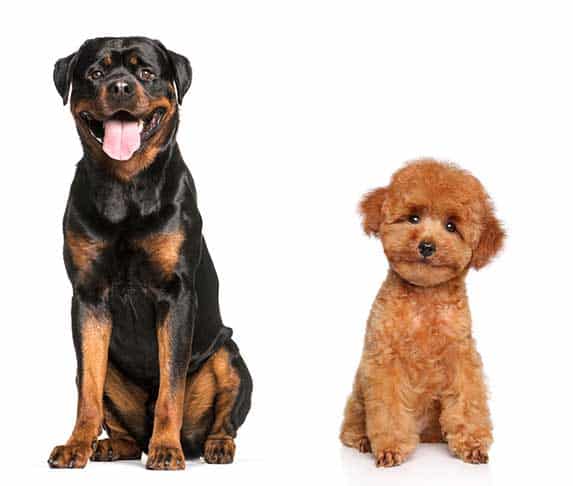 These two are some of the fan favorites when it comes to purebred dog preferences.

They might not be the best mix as it can be problematic to the dogs themselves and the people handling them.

The issue lies with their respective temperaments.

Rottweilers are bold animals, but they can sometimes be aggressive because they are also branded as guard dogs.

While Poodles, despite their effeminate composure, are originally bred to hunt, they are also pretty anxious and susceptible to stress.

Which often results in an aggressive show of behavior.

That said, a combination of a frantically aggressive hunter dog and an equally aggressive guard dog might not be ideal, especially for first-time pet owners. 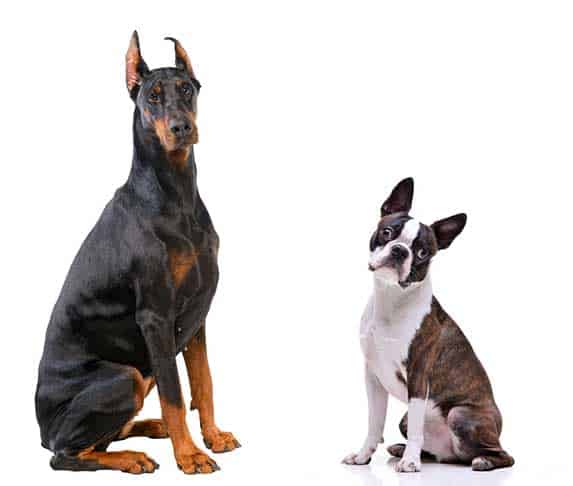 This combination can go both ways: either a big woofer or a small doggo.

This size predicting predicament is not ideal, mainly if you are limited in yard size.

Not being fully aware of the combination might pose problems once they are out and about.

If they become big and you cannot accommodate their zoomies, you will have to live with that might be an issue.

When both parents are the same size, except that the offspring will hover around their similar dimensions, but in this case, nobody knows, and experimental crosses are not advisable. 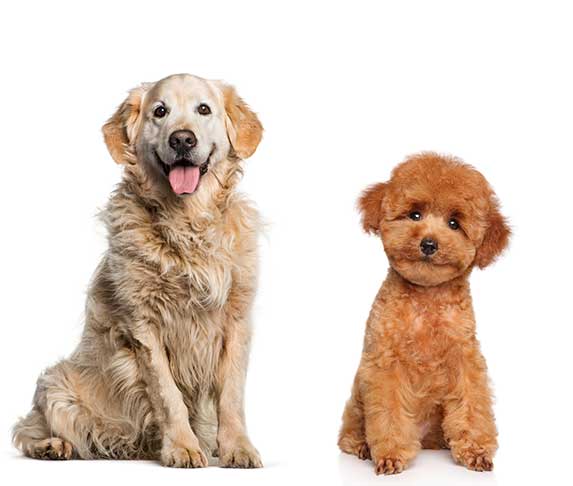 Yes, you read that right. As much as many people love this combination, Golden Retriever plus Poodles or Goldendoodles are just not that ideal of a mix.

As trainable and as intelligent Goldies are, they are often stubborn.

You would find them in protest to whatever you want them to be by putting up a fight or by staying still.

They can be as still as Drax from Guardians of the Galaxy!

Jokes aside, this might not be good if you mix it with the aggression and nuisance barking of the attention-seeking Poodle.

It can invoke mixed emotions about how you will feel about it, but some people just had a hard time dealing with this mix.

A Dog Breed that Originated in Hawaii (Hawaiian Poi & Others) 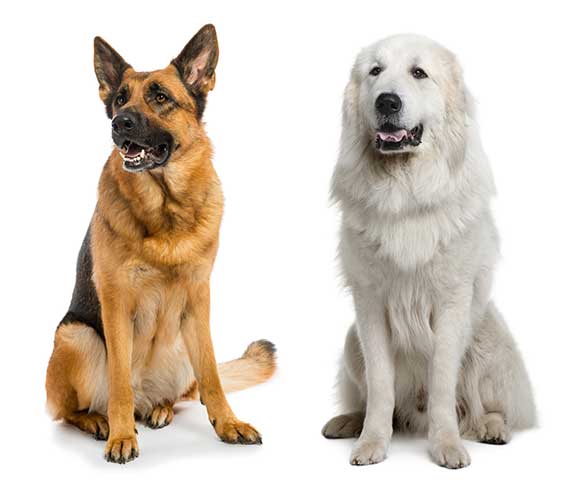 Mix a big dog with an equally sized behemoth, and you get another colossal Fido.

The Pyrenees and King Shepherds are great dogs, but they require a particular group of people to handle these enormous combinations of a dog.

King Shepherds are great, but they are a big ball of energy.

The energy translates to wanderlust and an insatiable desire to exercise.

At the same time, the Pyrenees are strong-willed and sometimes aggressive breeds.

King Shepherds act out in aggression when pent-up energy is not converted into play.

It can pose problems, especially with alpha, if you are not as stern and strict to them as you should. 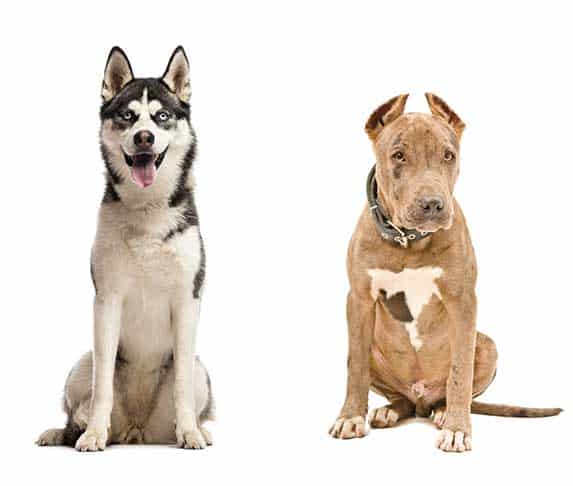 The Pitbull and the Siberian Husky are known to be individually resilient breeds.

They have a certain level of immunity against some diseases.

But their crossbreed called Pitsky is not free from health concerns.

Piskies are known to be predisposed to have health problems which include the following:

On top of that, they can be unmanageable and aggressive. 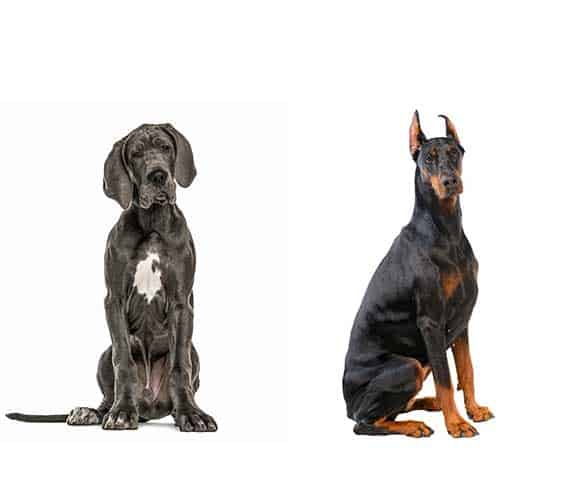 It can be liberating to mix two big dogs and create an even bigger one.

The problem with such is that you also take their respective concerns along when you mix.

Great Danes are not known to be violent per se but expect that they will overpower whoever’s in their path with their size and strength.

At the same time, Dobermann is highly anxious about strangers and other dogs.

Imagine an anxious behemoth that has the sheer strength to overpower any dog or even its owners. 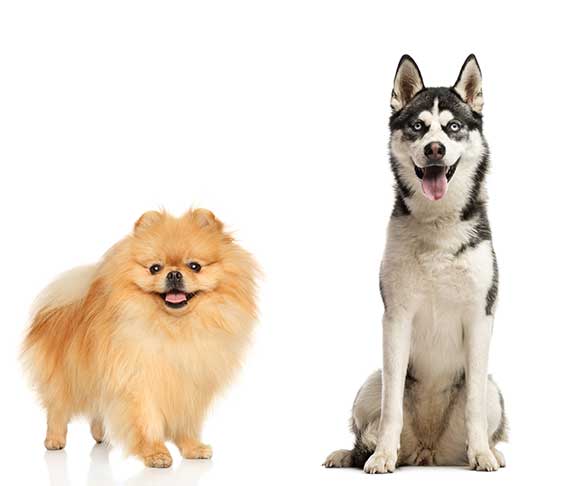 Pomsky is viral thanks to its miniature wolf-like look.

But it is not something to celebrate.

Because contrary to what many think, this is not a great combination.

First, Huskies have high regard for hierarchy. They are closest genetically to wolves, and they will exert their alpha dominance.

On the other hand, Pomeranians are fearfully aggressive small Fido.

Pomsky captures the worst of both worlds.

A domineering and aggressive little barker.

Something that can be corrected, but not very ideal, primarily if you treat them lightly. 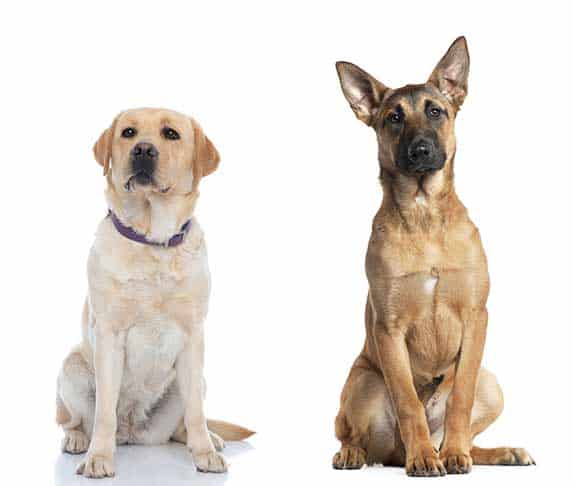 Belgian Malinois are naturally aggressive in themselves.

Given their high prey drives, they can be fatally aggressive to children.

Plus, this is often triggered by a lack of brain and bodily stimulation.

It means they can bite out of boredom.

While Labs can be nippy and quite the biters too, which makes their combination problematic, the best solution is to stray away from this mix.

You must know the characteristics of each breed before deciding what mix you like.

Not everything that glitters is gold.

In the same way, not every cute or big dogs are the friendly ones you imagine them to be.

We hope this listing helped you in deciding which combinations to avoid.

Look for tested mixes from actual pet owners in forums to know more about them.