You there with the puppy, have you ever looked at a dog, and you were like, “this dog ain’t alright”.

You might not be sure, but something will most definitely seem off.

Mental retardation is a misunderstood topic such that people have mistaken retardation in dogs because of inadequate training.

But this is not always the case.

Here’s the truth… Yes, Dogs are susceptible to abnormalities like mental retardation.

Why? They have brains.

Any organ in the body of any animal can malfunction.

Mental retardation isn’t necessarily aggression towards the dog’s owner or violence towards another dog.

Although that can happen, this is quite rare among the total dog population.

We’ll explain why in a bit.

First, did you know that your dog’s brain is very similar to ours?

And sadly, as we do as humans, we don’t take mental illness in dogs as seriously as we should.

You need to be aware of your dog’s routine.

Has the little mutt been playing less? Or does the dog just lay at a place all day instead of its usual, jolly nature?

Those are red flags you should note.

Why Is Mental Retardation Hard To Diagnose? 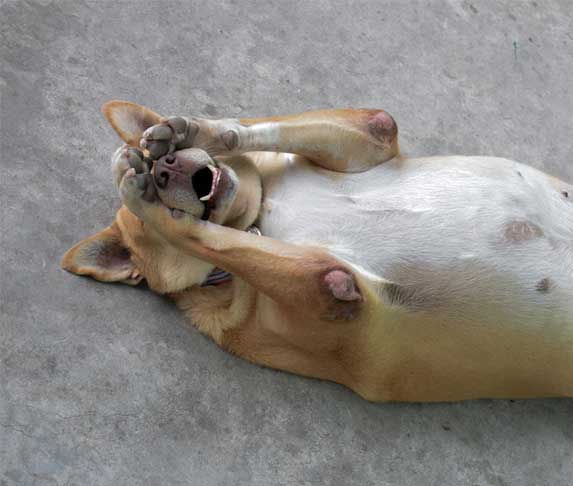 This is where a regular trip to the vet will come in handy.

But for knowledge’s sake, you need to note the signs in behavior and symptoms associated with this sort of illness.

Leaving a dog’s mental health to deteriorate can imprint long-lasting damages on the pooch.

It can be so damaging that it shortens the lifespan of the dog.

Therefore, advocates stress the need for dogs to be raised in an environment that’s stress-free, where they are not scared of strangers.

As we move along, I think it’s vital to note the difference between mental illness and a neurodevelopmental disorder like Autism, for instance.

Some dogs might be antisocial, and this doesn’t translate to being autistic.

Earlier, I stated that mental retardation is not always a result of inadequate training.

We’ll give you instances showing how inadequate training could contribute to having a “slow” dog.

That’ll be in a minute.

If you do your research well, you’ll find out that many dogs that were diagnosed as mentally retarded, initially went through professional trainers when the first symptoms started; despite that, there was no change in behavior.

At this point, it was apparent to their owners that there was a problem.

There are also cases where the little mutt could not answer its name.

Sometimes, Mental retardation could be associated with inbreeding.

This is because of the increased risk of the development of neurological problems, which is associated with inbreeding.

Why Is My Dog So Stupid? (Know The Causes)

Causes Of Mental Retardation In Dogs

The common causes of mental retardation in dogs include

Other Joint Disorders In Dogs

There are other common disorders in dogs that people have mistaken for mental retardation.

Spoiler alert! You can find them in humans too: 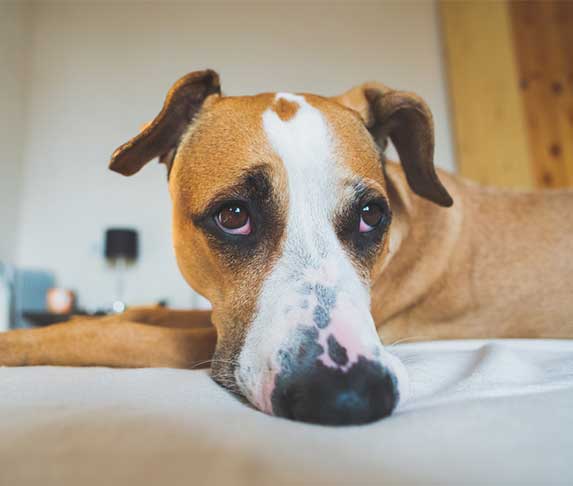 Do you know dogs love attention?

Such that whenever they go, you’re about to go to work, they get all emotional and sad.

This is because of separation anxiety.

Most dogs will most likely suffer from at least one type of anxiety, but separation anxiety is the most common.

When this happens, they panic and attacking everything in sight.

So sometimes, you might come home to find your room in a wreck or different objects in the house scattered or torn.

You’d think that depression is only for humans, but it can happen to dogs as well.

It differs a little in dogs, though, but the symptoms are the same.

Changes in a dog’s behavior are crucial when diagnosing depression but always seek a qualified vet.

There are a lot of things that could prompt what we refer to as mental retardation in dogs.

It would be best if you focused on correctly identifying the issue on time so that the dog could have a healthy life.

If your dog is “slow”, the worst hasn’t happened.

You must get the dog the best care possible.

Who knows, this might be a real sweet story in the end.

As long as they are healthy, they will live a long, happy life.