Blue Nose Pitbull are dogs who have descended from bulldogs and terriers from various countries, including the United Kingdom since the 1900’s.

This type of dog is extremely popular, especially in the United States.

“Pitbull” is actually a term referring to a type of dog, rather than a breed.

This term is typically used interchangeably, referring to multiple breeds.

Pit bulls are highly loveable and loyal in nature.

However, during the 1980s, these dogs became popular with irresponsible owners, resulting in them being sensationalized and led to panic policymaking.

Today, there is still various media bias towards Pitbulls and misinformation towards this type of dog.

Read on to find out more about these different types of Pitbull colors you can find!

There are multiple different pit bull breeds, including:

These Pitbulls are powerfully built with strong muscles and a glossy coat.

Pitbulls mainly come in 4 different breeds with an assortment of colors.

While markings can be seen in all the different breeds of terriers, there are no two Pitbulls that are alike. 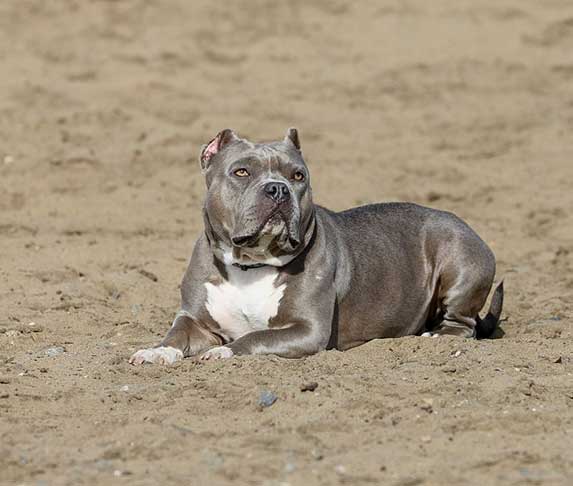 This breed of blue nose Pitbull has, as you can guess, a blue coat and a blue nose.

As this breed is typically uncommon, it may be hard to spot.

This blue nose Pitbull is a mix of bull and terrier dogs.

They have big heads with flat and round skulls.

They have a broad muzzle and a blue nose, brought about by their recessive gene.

If you are thinking of getting a Blue Nose Pitbull, consider your schedule as they need long hours of exercise and training.

These blue nose Pitbull can be highly social if trained at a young age.

As they are stubborn, they will need a lot of positive reinforcement during training.

If trained well, this breed is highly loyal and loving to its owners.

Do note that these blue nose Pitbull can be aggressive and needs to be managed through effective training. 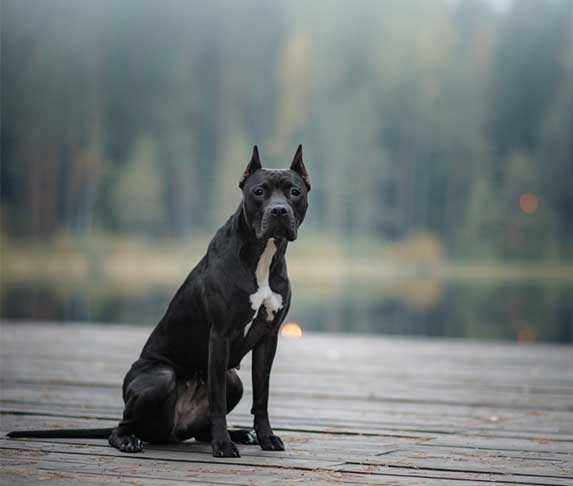 Black Pitbulls have been bred as fighting, hunting, and guard dogs.

There have also been multiple controversies on this breed, as they have strong jaws and a muscular build that can kill animals and inflict pain on humans.

However, this should not deter you away from choosing a Black Pitbull.

If Black Pitbulls get proper training and socialization, they can be loving and obedient dogs. 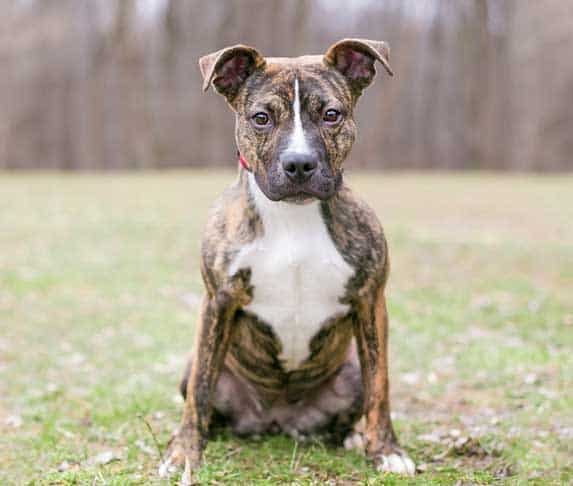 These Pitbulls can be described as having a brown coat with dark brown and black stripes.

Their marks are usually associated with one of a tiger.

The Brindle Pitbull was first seen in the 19th century when the fawn Pitbull was bred with a brown dog.

While this breed is loving and loyal, they are still used as fighting dogs to this day.

Although they have a reputation as being aggressive, they do make nice family dogs — being loving, bouncy, and powerful.

However, do note that as they are muscular and powerful, supervision is necessary when they are playing, especially with children and the elderly. 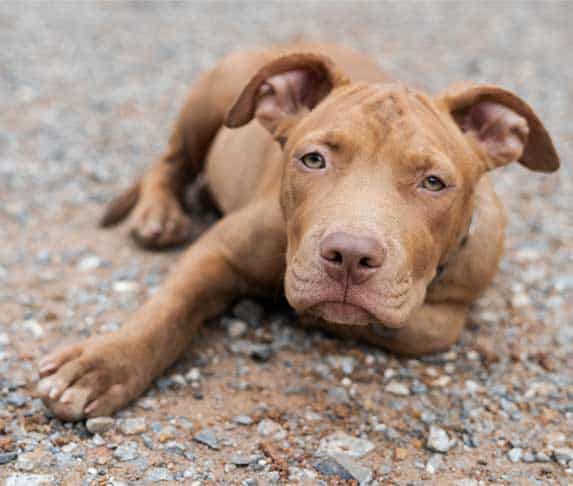 The Red Pitbull is known for being red all over — including their nose and even toenails.

While the color red may be associated with violence and hot temperedness, if trained well, these Red Pitbulls can be far from them.

Training at a young age can help these Pitbulls and influence their socialization, temperament, and power.

This means that with effective training, these dogs are less likely to cause harm if they do become aggressive.

Expose these dogs to different people, animals, and environment to get them comfortable with others too.

As Red Pit bulls are strong in physique, they need frequent exercise to stay healthy.

If you are thinking of owning a Red Pitbull, do note that you will have to leave time in your schedule to walk them every day. 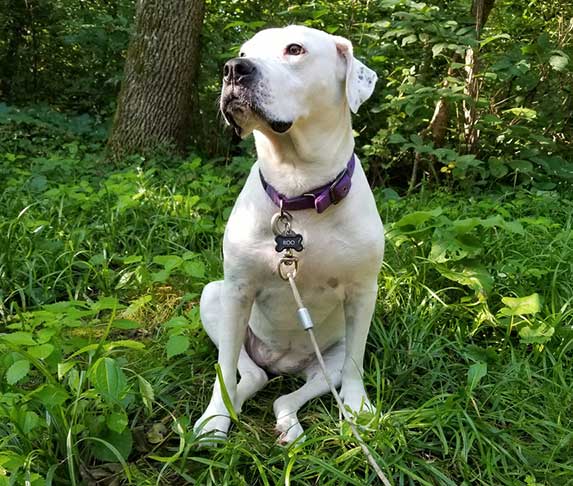 The White Pitbull has one of the rarest coats inherited from birth.

Like other Pitbulls, this breed is strong and muscular, covered in a beautiful white coat.

While white, his nose, lips, and other features will typically be black or brown, depending on his genes inherited from his parents.

These White Pitbulls require a lot of exercises, due to their energetic nature.

While they have a vicious reputation, they can be sweet, loving and loyal, if trained early.

This means that they have a lack of pigmentation, causing them to be white.

These Pitbulls are different from White Pitbull.

It is important to identify if your Pitbull has an albino gene, as it may cause a variety of health problems.

While Pitbulls have been known to have a reputation of being violent and aggressive, they are not necessarily so.

With effective training and socialization at a young age, these dogs can grow to become friendly and caring — making great companion dogs.

If you are thinking of getting a Pitbull, it is important that you know of their temperament and behaviors.

While they may be trained, they can still have violent streaks at times.

While there are multiple different coat colors for Pitbulls, they do not necessarily have an effect on their health and behavior.

When looking for a Pitbull with a particular color, note that Pitbull puppies may change color as they mature.

This means that your blue pup may turn brown as they grow. This is normal as it is brought out through the progression of their coat pigments.

As all Pitbulls are different, identifying them correctly by color is important in providing them with proper care.