One popular dog breed all over the world the Labrador.

From their friendly personality to their loyalty and devotion to their “Human,” every family member surely treats them not as pets but as best friends.

Over the years, a lot of crossbreeding involving Labs has been done, resulting in new and amazing breeds.

Today, we will be sharing with you seven dog breeds that look just like Labs!

A Bassador is a rare cross between a Basset Hound and a Labrador.

Bassadors have large ears, short legs, and grow as tall as 14 inches.

This breed also has an upper body that is suitable for a larger breed, but their short legs keep them in the medium-sized to large-sized category.

Their physical attributes are not the only similarity they share with Labradors, because just like Labs, Bassadors are also enthusiastic and loyal to their owners.

If you are looking for a full-time companion, then the Bassador is the right dog for you.

Although they tend to be lively, a Bassador’s body is not built like that of a Labrador’s, so on the “liveliness scale,” the Labrador is taking the lead.

Basically, a Bassador is a Labrador but just smaller in size.

So if you have always wanted to get a Labrador but are worried that they are “too big” for you to handle, then you will enjoy taking care of a Bassador.

The name says it all. A Corgidor is a crossbreed between a Welsh Corgi and a Labrador.

This breed exhibits the extraordinary intelligence of Labradors and the unmatched energy of Corgis.

Although Corgis would choose to be with one owner only, one cannot say that Corgidors are anti-socials.

A Corgidor wants to be with its owner (a lot), and it got this trait from the Labs because, as we know, Labradors are a hundred percent loyal and would do just about anything to make their owners happy.

Corgidors will even take care of your kids just like they do to their puppies.

However, this breed enjoys being the center of attention, so it would be better to start training them how to behave properly at a young age.

If you are looking for a loyal dog that will play with you all day and cuddle with you all night, then a Corgidor is the right breed for you!

A Sheprador is a crossbreed between a German Shepherd and a Labrador.

Generally, Shepradors are tall (reaching 24 inches in height) and display various coat colors depending on the inherited genes from their parents.

This amazing variation is one of the main reasons why most people opt to go for Shepradors.

German Shepherds are known for having many health issues, while Labradors are the “health buffs” of the dog kingdom.

Good thing that Labradors’ good health counters the health issues of German Shepherds, which makes a Sheprador a healthy crossbreed. 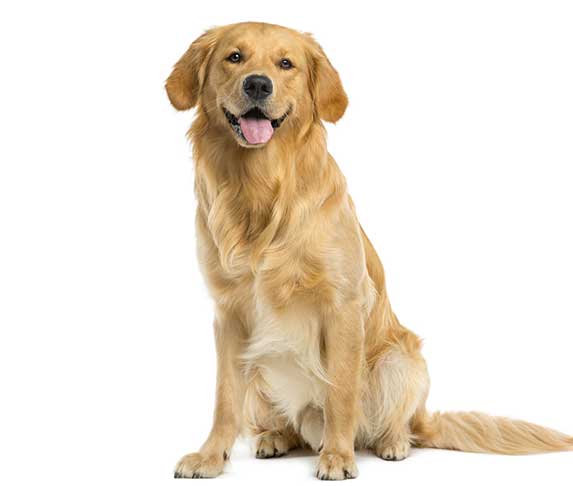 Golden Retrievers may not be the spitting image of a Labrador, but they have a lot in common – probably even more than you think.

For instance, Golden Retrievers have originated from the gentleman’s hunting spaniels and setters in the UK. Labradors might be work-oriented, but Golden retrievers may also be bred to hunt when the occasion calls for it.

Just like a Labrador, a Golden Retriever is intelligent, loyal, affectionate, and is even-tempered.

They also have a very playful nature and a lively attitude, but you can expect that they are gentle when it comes to kids, and they get along very well with other animals.

If you want a Labrador-like dog, then you check a Golden Retriever — a cheerful, loyal, and expressive dog breed.

This breed goes by many names, but the most popular ones are the Siberian retriever, Husky Lab Mix, and the Huskador.

This wonderful breed is what you get when you crossbreed a Siberian Husky with a Labrador Retriever.

Surely, your Huskador will be full of energy, loving, loyal, and one protective companion.

However, they may have uncertain temperaments, and to handle this would require an experienced owner.

This dog breed carries certain traits that lean toward both Labradors and Huskies.

Huskies bark at almost anything but Labradors only bark when necessary.

Since both Huskies and Labs are working dog breeds, the Huskador needs many exercises, so get ready to take a stroll with them every day!

The Huskador is the most intelligent dog crossbreed on this list, and this makes them easy to train, and they can learn a lot of tricks in a shorter period compared to other breeds.

If a loyal, energetic, and smart companion is what you seek (probably even smarter than your best friend), then a Huskador would be the perfect fit for you! 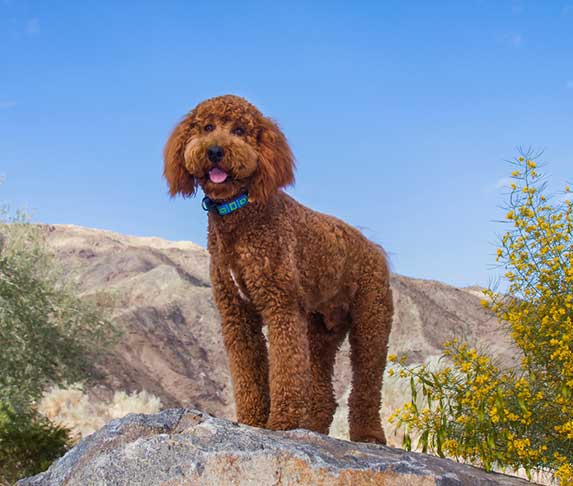 If it comes to being a “popular designer dog breed,” then a Labradoodle is on top of the list.

This breed is a cross between a Poodle and a Labrador.

Just like a normal Poodle, Labradoodles would require grooming to avoid matting in their coat.

Good thing that a Labradoodle is easier to maintain than a normal Poodle, thanks to the mix of Labrador in their DNA.

Compared to a standard Poodle, Labradoodles are more caring, affectionate, and have a loving personality.

Labradoodles enjoy being around people and if you have always wanted to have a Poodle but are worried about not being able to maintain its coat well, then going for a Labradoodle is the best way to go!

Finally, is the Springador. This is a crossbreed between a Labrador and a Springer Spaniel.

They usually have shorter coats and look like shaggy Labradors with just a few white markings on their body.

This breed may lead to either extreme, so if you are an inexperienced or a newbie dog owner, this breed is not recommended.

Labradors’ steadfastness, when combined with the Springer Spaniels’ hunting drive, results in a very active breed, which is why Springadors must be trained properly at a young age for you to be able to appreciate this amazing breed.

If you want a Labrador but hesitate to get one, then maybe you can select from the seven lab-like dogs we listed above.

They are all good breeds and will give you the aesthetics of a Labrador dog without being one.