When you think of a dog with big ears, what comes to mind?

A toy breed or a hound?

Turns out dogs with big ears come in all shapes and sizes, and we will introduce you to the most popular ones.

Most dogs with big ears belong to the category of hounds. Their large years give them impeccable hearing ability paired with unrivaled olfactory senses. A dog with big ears like the Beagle is intelligent, affectionate, and gets along with everyone.

They are cute, adorable, and make the best companions or playmates.

If you do not own a dog with big ears, you are missing out!

Here are 16 popular dog breeds with big ears you should meet. 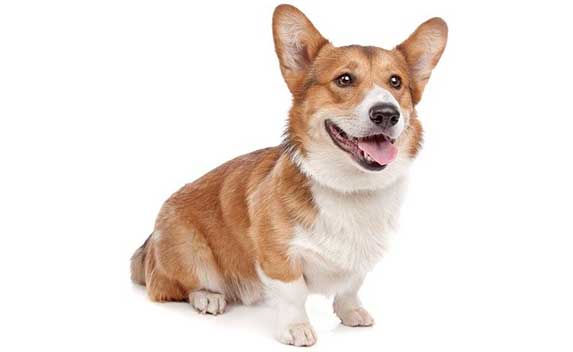 He needs no introduction.

The Pembroke Welsh Corgi is one of the most exquisite toy breeds with large alert ears.

Born as a herding dog, the Pembroke corgi loves to play and will always follow you around.

The Pembroke welsh corgi is famous for his tri-colored coat of black, tan, and white hues.

Combine this with big wide years and you have yourself the cutest fluffy dog.

Though intelligent, they can be stubborn to train.

Always have a bag of treats with you and they will comply. 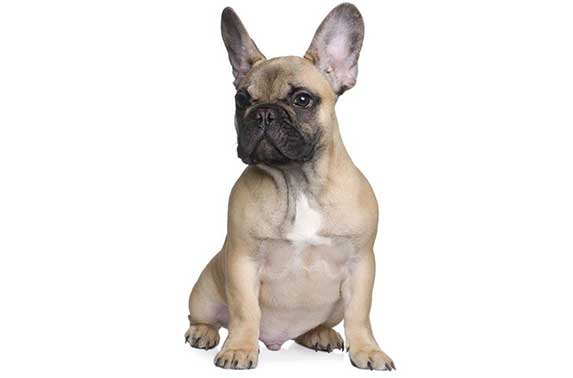 A tiny fellow whose reputation precedes him as well.

He has two large and alert ears fixed on a tiny bulldog body.

French bulldogs are friendly and very compatible with apartment life.

They do not take up much space and are cherished for their super playful nature. 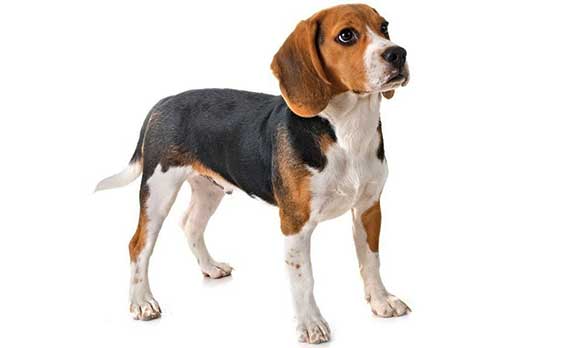 Beagles have been used to lead search parties to track prey such as wild hare and foxes.

Their tiny flexible bodies allowed them to wiggle through burrows to get to the prey.

And of course, their large floppy ears allow them to hear even the faintest of noises.

With their hunting days gone, today the Beagle makes a great house pet.

He is full of energy and is a perfect playmate for kids.

But watch him around small kids as he might confuse them as prey. 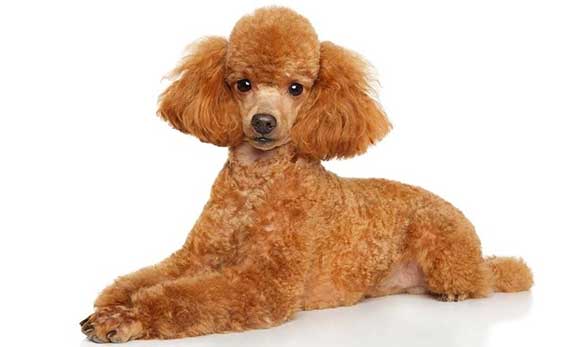 Poodles were first owned by the wealthy before they became accessible to everyone.

They stride with a self-assured poise because they know they are important.

Poodles have large ears covered in velvety fur and complement their narrow faces.

But the Poodle is not a snob. He gets along with everyone, young and old.

Given their high intelligence, they are easy to house train and teach them to get along with other pets. 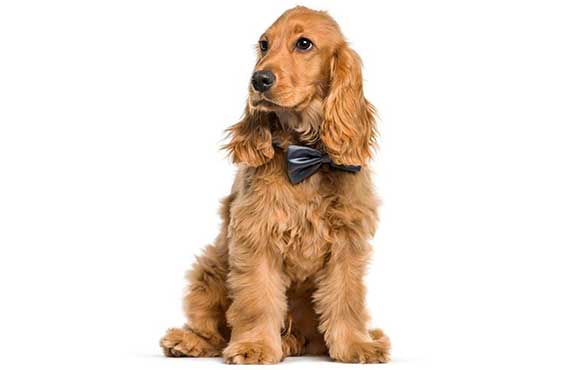 A sporty dog with a passion for adventure.

This wavy hair matches those on his legs.

The English cocker spaniel is kind, compassionate, and makes a great family pet.

He used to be a gun dog so he won’t mind a game of fetch or hide and seek.

And his large beautiful ears cover his entire face when pulled to the front. 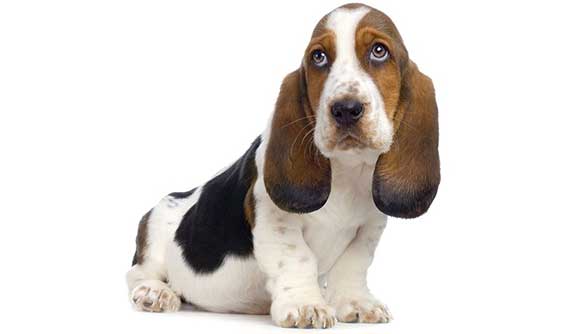 An unparalleled sense of smell and an intelligent brain are what make the Basset hound special.

So much so that he played the detective Droopy in a carton show.

Basset hounds are small legged but they move bullet-fast.

Compared to all other dog breeds reviewed here, a Basset hound has the largest set of years.

You will need to clean and care for his ears to prevent wax buildup and infection. 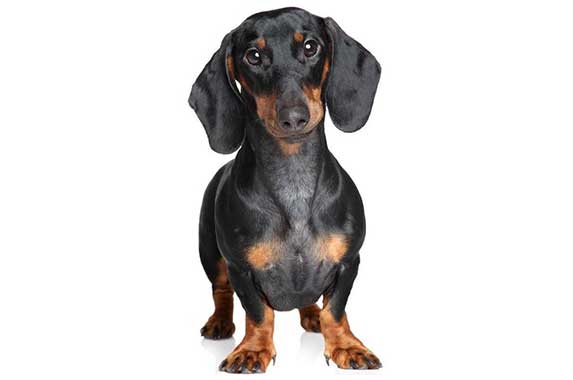 He earns the name ‘sausage dog’ because of his long barrel-like body.

Add to that a super-thin tail, tiny sturdy feet, and large floppy ears and you have the complete picture of the Dachshund.

Hailing from Dachshund, he is a certified hound dog bred to go after prey in the forests. 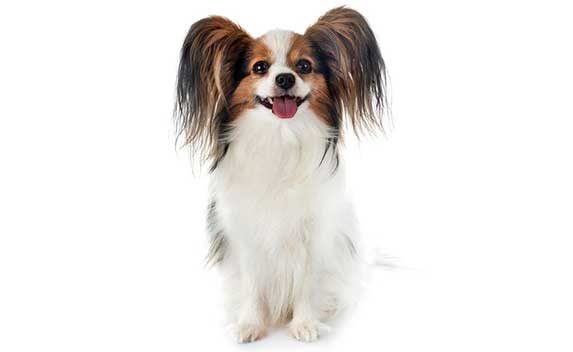 They have large butterfly ears that compliment mischievous eyes.

Said to have a carefree attitude, a Papillon is an ideal dog to go for crazy adventures with.

Despite his small body, he packs a lot of energy making him great with kids. 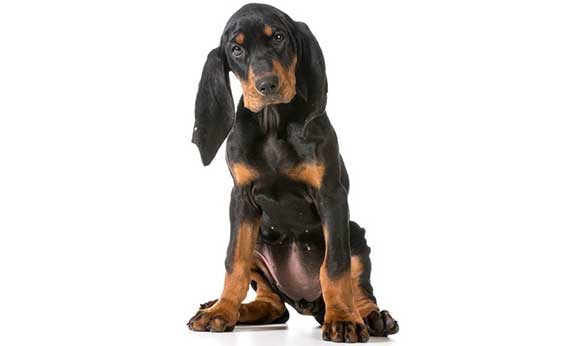 As his name alludes, this robust fellow was bred to hunt raccoons and other prey like wild pig and boar.

He has an impeccable sense of smell that accurately maps out where prey is.

When he is not hunting prey, the coonhound is happy to enjoy some quiet time at home with his owner. 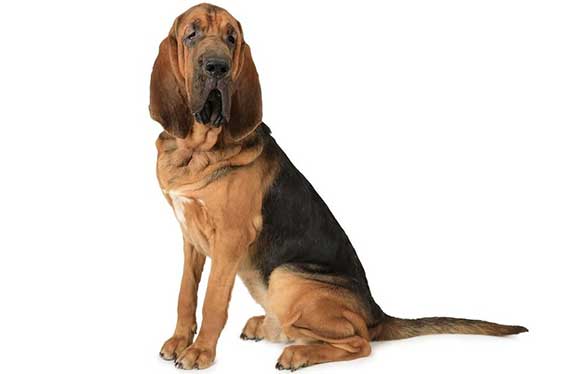 He first tracked wild boar and deer before graduating to tracking humans.

To date, the bloodhound still lends his detective skills to police and narcotics units.

He has large floppy ears that nearly smother his narrow muzzle.

If you are looking for a great family and guard dog, a bloodhound will not fail you. 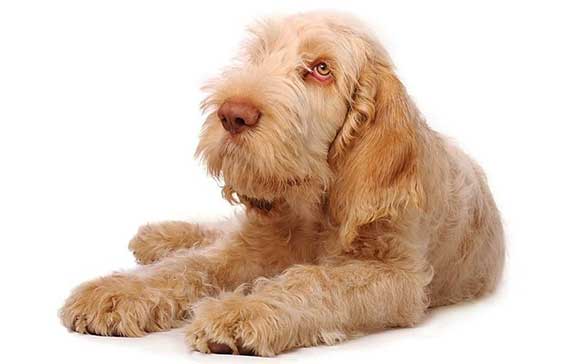 You would easily confuse him as a shaggy-haired bloodhound.

The Italian Spinone has a warm personality to match his fluffy-looking long ears.

He is friendly, loyal, and very protective of his owner.

His large ears flap whenever he runs and looks for any chance to play. 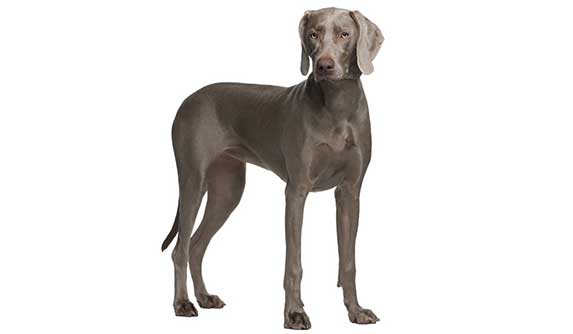 This an all-rounded dog that was first discovered in 18th century Germany.

He was bred for hunting prey and making a friendly house pet.

Weimaraner dogs have a small coat and large floppy ears like a Labrador. 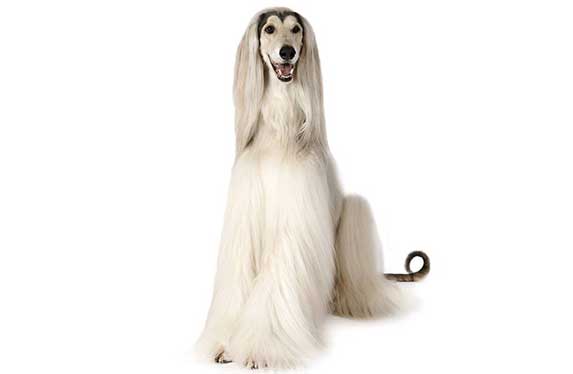 Born and raised in Afghanistan as a companion pet and a guard dog.

Today the Afghan Hound is solely bred to grace the runaways of dog shows. 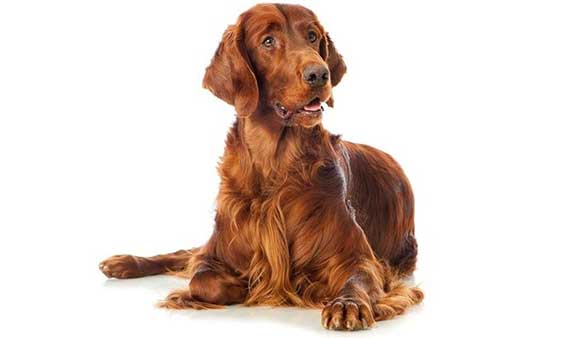 The Irish setter is quite the looker with his mahogany coat and silky long ears to match.

True to his Irish roots, he is very friendly and loves to meet new people.

If you are looking for a perfect family dog that will get along with everyone, this is your guy. 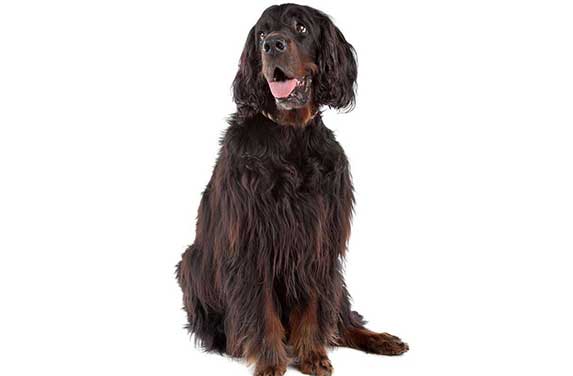 A relative to the Irish Setter, he is nicknamed the “Black and tan” setter which are his signature coat colors.

As part of the hound family, the Gordon Setter makes an excellent hunting and guarding dog.

He is also friendly, intelligent, and very affectionate. 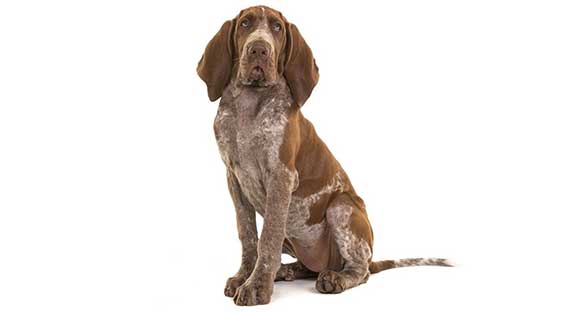 A hound from Lombardi, Italy, the Bracco Italiano is a powerful and well-balanced dog.

He has a broad chest with a lean abdomen and muscular limbs.

His large ears are quite narrow; you would almost tie them behind his head.

If you have always wanted a dog with big ears, you have plenty of variety to choose from.

Besides the beautiful floppy ears, you also want the dog to be friendly and compatible with your lifestyle.

Why does my dog have one drooping ear?

When dogs are born, ear cartilage is not properly formed. The cartilage around the Pinna grows stronger with time allowing the ears to fully erect. In some dogs, the cartilage on one ear may fail to form fully leading to one droopy ear.

Is a dog with big ears friendly?

Most floppy-eared dogs are voted as friendly and people-oriented. But a good temperament is the result of a properly trained and socialized dog.

Why are my dog’s ears drooping?

Droopy ears are a result of poorly formed ear cartilage. The droopy ears should not affect a dog’s hearing ability. But if the floppy ears sit too close to the ear opening, the dog may suffer some hearing issues.

Why does my dog have big ears?

Big ears are mostly a feature of hound dogs. The large ears help catch and direct scent towards the nose. This helps them track prey or people better.