Dogs sniff around their fellow dogs when meeting for the first time.

Some dogs get excited with the unfamiliar canine in the same circle.

Yet age is the least they would think.

They do not have that sense of age.

But they have a unique way to assess other dogs that may influence how they interact with them.

Dogs recognize other dogs in terms of their physical features.

How Dogs React Toward Other Dogs? 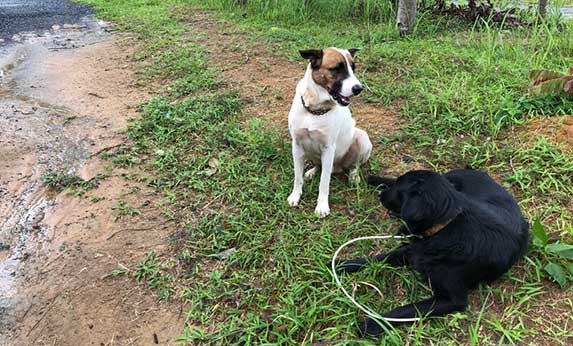 Dogs do not care about age.

They can feel that hounds around them are hostile or playful.

Playful dogs are not intimidated by other breeds.

They initiate interaction by chasing their fellows, even when they just met for the first time.

They sometimes like to show that they are superior to other dogs.

They may growl as a sign that they dislike your pet’s behavior around them.

Dogs are smart, and they can follow cues, so you need not worry but be on guard when the other dog is about to attack.

Dogs Can Not Sense Age

Dogs do not know who is older or younger, but they can feel which dog is stronger or more apprehensive.

They avoid interacting with others not because the other dog is older than them, but sometimes because they fear them.

They are just less exposed.

Meeting different dogs with unique personalities for the first time may overwhelm your pooch.

Their shying away is a defense mechanism.

They display unusual behaviors around other dogs that they fear.

When it comes to their puppies, they are always on guard. Sometimes, they display aggression when they sense that their babies are in danger.

It is not because they know their puppies are young.

It is a mechanism they show like protecting their territory or possessions, a trait common to almost all dogs.

Why Does My Dog Hide in the Bathroom?

What You Can Do?

Walk your hound around regularly and let them play.

It helps it recover from its protective behaviors.

The sniffing and the mingling are normal for dogs to assess one another.

When seeing other dogs for the first time, do not interfere.

Allow them to elicit natural reactions and observe.

It is a helpful exercise for them to overcome their fear.

Do not provoke your dogs.

They are protective of their young ones and maybe hostile when they carry puppies.

Virtually all dogs do not have a sense of age.

They can only know who is stronger or difficult to appease.

How they react to other hounds are influenced by how they perceive them.

If your dog is shy of other animals, it might be because of fear or the lack of exposure.

Train your dogs to mingle with other animals so that they do not become aloof when outside.