While Swiss Shepherd and German Shepherds may seem fairly similar, there is more than meets the eye.

Other than their color, these two breeds are easy to differentiate, if you know what to look out for.

German Shepherds, originally from Germany, is known to be one of America’s most popular breeds.

Not only are they great students, but also excellent watchdogs and a house dog.

Swiss Shepherds are usually white and is known for having a nearly identical nature to German Shepherds.

Originating in the late 1800s, the Berge Blanc Suisse was known as an individual breed only in 1931, making its debut in the US only in the 1970s.

Read on to find out more about the similarities and differences between a Swiss Shepherd and a German Shepherd! 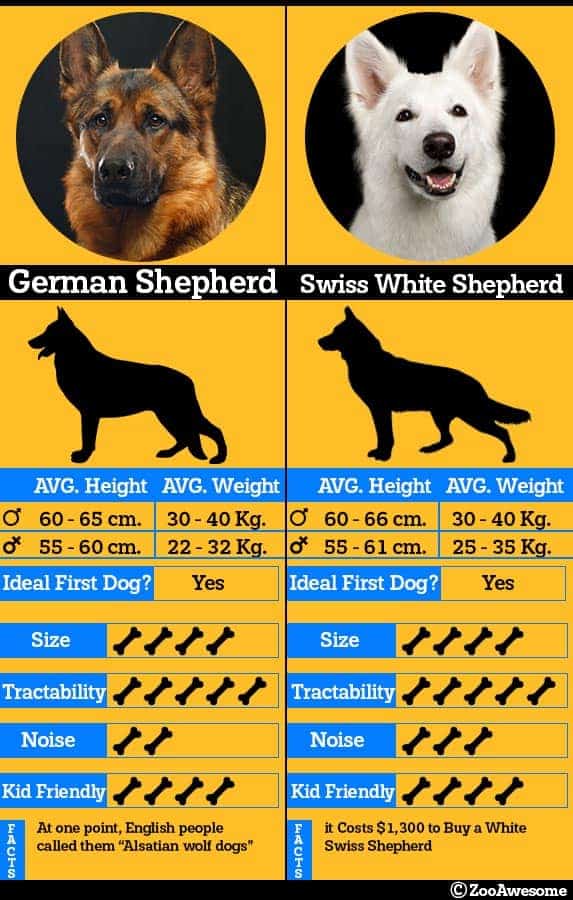 Thus, they are fairly similar in appearance and characteristics.

Other than the Swiss Shepherd being white, both breeds are large dogs, with an average weight of 77 pounds for males and 66 pounds for females.

Both breeds also have an average height of 25 inches for males and 23 inches for females. They have similar appearances, having a typical “Shepherd face” with pointy ears.

As for characteristics, both breeds are highly intelligent and easy to train.

They are also playful with other breeds and are highly affectionate towards their owners.

They can both be clingy towards their owners and seem timid at times, which has its advantages and disadvantages.

Do note that if they are left alone for too long, they can become destructive and develop separation anxiety.

Both breeds are also highly active as they were initially bred to herd.

Allowing them daily exercise will keep them stimulated both mentally and physically too. 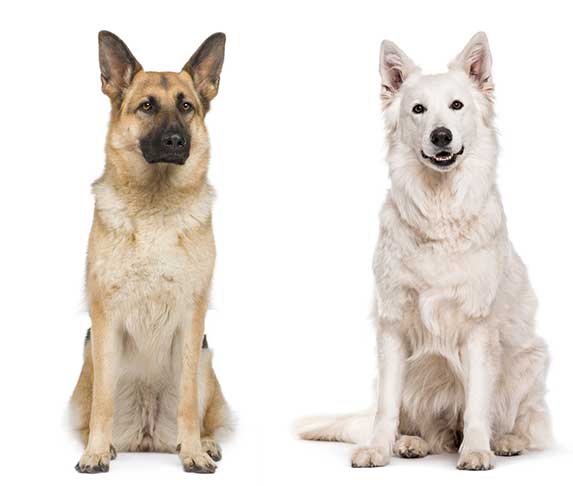 One of the biggest differences in both breeds is their color.

German Shepherds have various colors with a fuzzy coat of hair, while Swiss Shepherds are mainly white with a dense straight coat of hair.

Swiss Shepherds’ thick dense coat of fur helps them climatize to the cold, however, do not handle heat as well as German Shepherds.

While German Shepherds are adaptable and are able to acclimate to the different seasons.

As German Shepherds are known as all-purpose working dogs, they are large with a muscular and strong build.

While Swiss Shepherds have a less severe hip angulation and a more upright stance.

While German Shepherds are loyal to their family, they can be nervous and aggressive around strangers — especially if they do not have constant social interactions when they are young.

This also means that they have a tendency of biting strangers if faced with an uncomfortable situation.

Swiss Shepherds, on the other hand, are kinder and are less intense.

This breed was initially bred with a lower drive, making them calmer and gentler.

This means that they are suitable as farm dogs or just an ideal companion.

This also means that Swiss Shepherds have a higher impulse to roam and wander off during walks as compared to German Shepherds.

Although German Shepherds do not have an impulse to wander, they will want to chase and catch small animals!

Things To Look Out For When Buying English Bulldog

Swiss Shepherds are prone to various health issues which may be serious if not treated.

Remember to get regular check-ups for them to make sure they are healthy.

Some health issues Swiss Shepherd owners should take note of are:

If you are wanting to own a Swiss Shepherd, or already own one, do remember to take note and educate yourselves on symptoms to look out for. 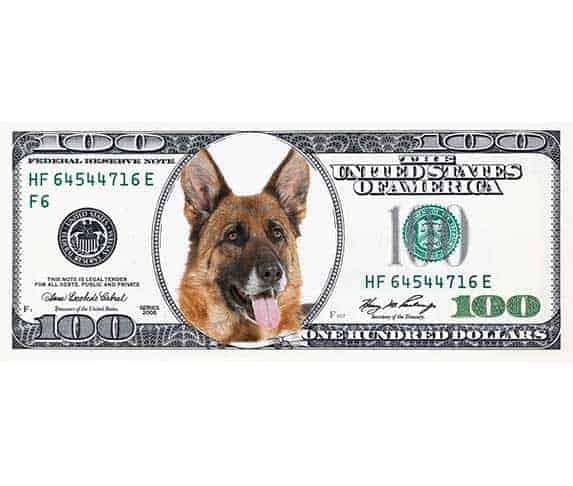 As compared to German Shepherds, Swiss Shepherds are more expensive to purchase.

Their prices also depend on their demand, location, lineage, and breeder.

Swiss Shepherds usually cost around $2500, as compared to $2000 for a German Shepherd.

There are multiple differences and similarities between the two breeds.

If you are wondering if you should get a Swiss Shepherd or a German Shepherd, it ultimately boils down to what you want in a dog.

German Shepherds are easy to train but can be aggressive at times.

While Swiss Shepherds are tamer and calmer — but will get aggressive if treated badly.

As they are rather shy and gentle, they cling to owners, which has its advantages and disadvantages.

Swiss Shepherds also do well around children, making them great as family dogs.

However, do note that they do not like being left alone, and it can result in destructive behavior.