Contrary to popular belief that cats are snubs, cats are very social beings.

Have you noticed the way they bump their heads at you whenever they see you?

How about the way they jump into your lap and make a “kneading” gesture?

Cats also tend to react to every little thing we do.

Today, we will check out the reason why your cat chatter when you sneeze. 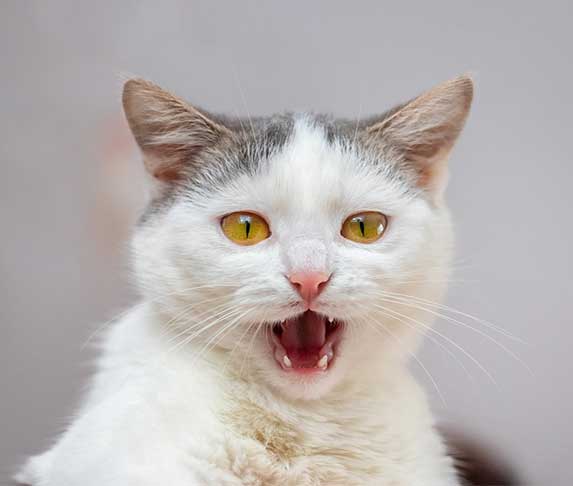 One of the reasons your cat chatters right after you sneeze is because they are saying “Bless You!” after letting out that loud sneeze.

While this may result from our thinking, we all know that pets have a strong bond with their owners.

And the way they react after you let out a sneeze might be their way of acknowledging what you just did.

Your cat might be wondering if you are alright.

Aside from meowing the equivalent of “Bless you!” in cat language, your cat might also be checking up on you right after you sneeze.

Especially if the sneeze you let out is a loud one or one that entails a few rounds of sneezing due to some allergies.

Although we cannot find out for sure, isn’t it nice to think that your cat is wondering if you are doing okay?

Your cat might be imitating the sound you just made

If your cat is one that is very “chatty” or responds to almost anything that you say, chattering right after you sneeze might mean that they are imitating the sound you just made.

It may be that your cat thought you are trying to communicate with them.

So they respond in the way they know how — through small chatters.

Your cat might be imitating the people around you.

Your cat may have noticed how the people around you react after you sneeze, so they take on this habit and make some chatters right after hearing you sneeze.

Do you say “Bless you!” to your cat right after they sneeze?

They might have also picked up this behavior from you.

Your cat may chatter when you sneeze because you startled it.

Can you imagine sitting comfortably in one corner and minding your own business, when all of a sudden, someone suddenly lets out a huge scream?

Imagine how your cat feels!

They might be surprised when you broke the silence or when you suddenly shifted from your position to try and contain your sneeze.

Like humans, cats also tend to ‘scream’ or even run away whenever startled or surprised.

These are just some reasons why cats chatter when you sneeze.

There is a plethora more out there.

Chattering, while you sneeze, might be one of those weird things they do just because they are cats, just like making clicking sounds.

Or maybe it’s one of their expressions!

But whatever the reason might be, cats prove to be excellent and very social creatures.