Ah yes, an age-old question since the dawn of humankind: why is my dog so kind?

Well, that question beats us too.

But kidding aside, no one can genuinely deny how kind and loving dogs are.

They are simply the best!

Today we will uncover the reasons why our dogs are so friendly and kind-hearted towards us.

Hopefully, you will see your relationship with your dog as more than just “I take care of my dog, so it loves me back” kind.

Reasons Why My Dog is So Kind 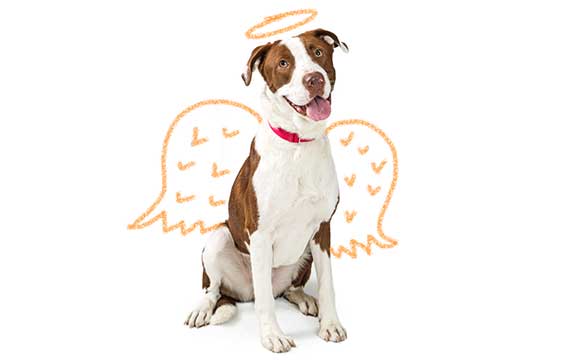 Here are several reasons that pave the way for us to understand the core of dogs goodness and affinity to humans:

Humans’ domestication of wolves into dogs is well-known history.

But so, dogs’ domestication of humans into their humans.

The history began from the association between man and canines hunting for food, which grew on to become a beautiful partnership.

The care factor within this relationship played the most significant role in strengthening the bond.

It is also the reason behind their mutual protectiveness.

It led to the divergence between wolves and dogs wherein the behavior of companionship is present in the latter.

Thus, dogs have a certain degree of affinity to humans as governed by their genetics.

It is an inherent characteristic of dogs.

It suggests that the aggression of dogs to humans is a result of external factors like physical abuse.

Can Dogs Lay on Heating Pads?

The role of dogs for humans is not confined to merely being pets or house guards.

But dogs are essential in maintaining one person’s well-being, especially in empty-nested settings.

They provide companionship and social support.

But environments, where there is the presence of dogs can help alleviate people from these stressors.

As humans find comfort in dogs, dogs also find shelter, love, and care in their humans, emphasizing the strong companionship and bond, even more, their kindness towards humans.

Self-objects are entities that complete the self.

These can be anything from an inanimate object to a person or any organism.

We can classify dogs as self-objects for humans.

There are instances that calmness, self-esteem, and self-cohesion are evident in humans in the presence of dogs.

Being in the company of dogs helps people feel stronger and secure.

There is little to no evidence of humans being self-objects to dogs, but observations suggest the possibility of the matter as dogs treat humans as their alpha.

The science and psychology behind why dogs are kind is still a bit murky.

But one thing remains, dogs are kind.

Take good care of your dogs.